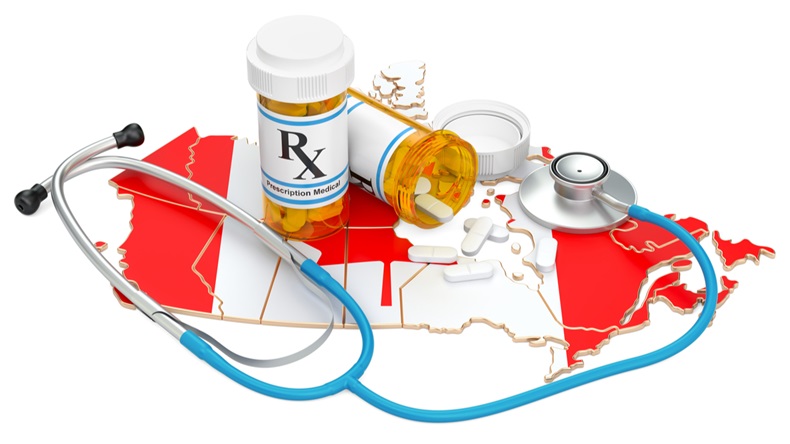 Proposals in Canada for the introduction of a universal, single payer public drugs program has fueled debate over whether such a bold plan is necessary and if it might leave some patients worse off. Suzanne Lepage, an independent consultant in the private insurance sector, told the Pink Sheetwhy it might be better for Canada to fill the coverage gaps rather than introduce wholesale change.

Canada has no universal drugs program and different provinces offer various plans to try and cover those who have no private coverage. These plans vary in coverage and apply only to limited populations, for example, senior citizens and people accessing social assistance. Meanwhile, many people access medicines through employer-funded plans.

As a result, there are big gaps in coverage, according to a June report from the government’s Advisory Council on the Implementation of National Pharmacare, which was appointed by the Liberal Party led federal government. One in five Canadians are underinsured or uninsured, it says.

In its report, the advisory council recommended that a federal pharmacare program be established to cover every Canadian citizen. It advised that a new drugs agency should be formed to put together a national formulary of drugs that would be included in the program. By 2022 an essential list of drugs would be made available, and by 2027 this list would be expanded to a “fully comprehensive formulary.”

Lepage questions how the program will be paid for. If it goes ahead, the program will initially require an incremental public cost of $3.5bn (US$2.69) when it is launched in 2022, but the advisory council expects this figure to rise to $15.3bn by 2027 as the drugs on the comprehensive list become available. “They have given it a budget but they haven’t figured out how to pay for it yet,” she said.

Though employers may be relieved of the burden of paying for private plans, they may be asked to pay some sort of health tax to contribute to the costs of the program, said Lepage. “This would mean moving from a model where employers choose the plan they pay for to one which they have no control over,” she added.

The problem with this is that employers and government plans have different perspectives when they think about the drugs they wish to cover. As Lepage explained, employers want plans to include drugs that keep people at work and contribute to productivity. For example, they will prioritize a drug that is dosed once a day rather than multiple times a day because it could mean an employee will not have to keep leaving the factory floor. Other drugs may be high cost but can prevent disability and allow people to continue to work.  According to Lepage, this is not something that government plans usually consider.

The list of drugs that would eventually be offered would be unlikely to match what private plans offer and fewer expensive but innovative drugs may make it on to the list, said Lepage. Private insurers may be able to offer top ups to provide access to the more costly products, but it is unclear whether this will make business sense. In this scenario, “low cost drugs would be covered by the government, while insurers would take on expensive medicines. Actuarially, the risk could be very high, so the cost of providing those expensive drugs will be very high,” said Lepage.

Private insurers will likely focus on other areas of their business, such as pension plans, or disability or dental insurance, she said.

Lepage believes a “fill the gaps” approach to ensuring everyone has the medicines they need would be preferable to the big overhaul proposed. “Wholesale changes are not necessary, or affordable,” she said. She recommends that authorities examine recent events in Ontario to see if there are any lessons that can be learned about improving drugs coverage in the country.

In 2017, the then Liberal government of Ontario introduced OHIP+, a publicly funded program to provide medicines to all people under the age of 25 years. (Also see "Ontario Introduces Canada’s First Universal Youth Drug Program" - Pink Sheet, 17 May, 2017.). However, just a year later the Conservative party won provincial elections and once in office the new government changed the policy so that only those with no private insurance were covered. “To me it’s a good social experiment on what a national pharmacare program could look like,” said Lepage.

Critics of the initial Ontario program had asked why money was being spent on people who already had coverage, she observed. Concerns had also been raised about whether coverage was in fact reduced for patients with private insurance as the public plan was less generous than many private plans.

Nevertheless, whether the universal, single payer public drugs program will come to fruition is far from certain. According to Lepage, “there are a few unknowns, without which it cannot be done.”

Furthermore, buy-in from the provinces would also be necessary for a federal pharmacare program to work, and a clear path for funding the project would be essential, she adds.