On 7 July 2014, Novartis announced that the US Food and Drug Administration (FDA) had granted breakthrough therapy status to its investigational chimeric antigen receptor T (CAR-T) cell therapy CTL019 for treatment of adult and pediatric relapsed/refractory acute lymphoblastic leukemia (r/r ALL). This reaffirms CTL019 as the most developmentally advanced CAR-T cell therapy, and Novartis as the leading pharmaceutical company in the CAR-T field. Breakthrough therapy status could act to speed CTL019 to the market, ensuring its place as a first-in-class personalized T cell therapy. However, safety issues, intense competition, and ongoing legal proceedings must all be contended with before a successful future for CTL019 is guaranteed.

The breakthrough therapy filing was submitted by the University of Pennsylvania’s Perelman School of Medicine (Penn), which has an exclusive global agreement with Novartis to research, develop, and commercialize CAR-Ts. Breakthrough therapy designation is intended to expedite the development and review of drugs for serious or life-threatening conditions. The developer of a drug that receives breakthrough therapy designation will typically have more frequent interactions with the FDA during drug development. Crucially, this involves consultation with the FDA regarding clinical trial design to ensure that companies can more efficiently address the clinical criteria required to secure regulatory approval.

CTL019 is the most developmentally advanced candidate in a class of novel personalized immunotherapies called CAR-Ts. CAR-T therapies work by adoptive cell transfer. T lymphocytes (T cells), which usually play a central role in cell-mediated immunity, are extracted from a patient, modified to more efficiently attack cancer cells, and are then infused back into the same patient. The crucial part of the adoptive cell transfer process is the infection of the extracted T cells with a virus that encodes the components of a chimeric T cell receptor. These components include a single-chain variable fragment (scFv) of a monoclonal antibody that targets tumor cells, and one or multiple signaling domains responsible for T cell activation, proliferation, survival, and cytokine production.

CTL019 is a second-generation CAR-T that has an anti-CD19 extracellular scFv and CD3-zeta and CD137 (4-1BB) intracellular signaling domains. CD19 is a cell surface protein that is expressed in the majority of B cell leukemias and lymphomas, and therefore targeting it is an attractive therapeutic approach. CTL019 technology is summarized in the figure below. 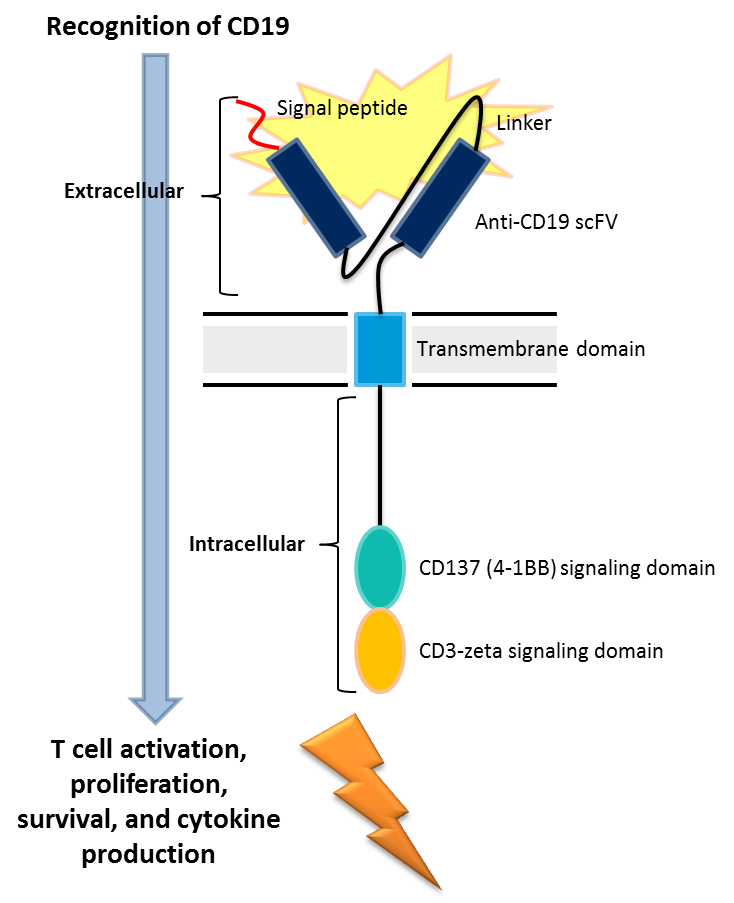 Early-phase clinical trial data demonstrate that CTL019 could be a highly effective therapy for r/r ALL and relapsed/refractory chronic lymphocytic leukemia (r/r CLL). There is high unmet need in these cancer patients due to extensive chemotherapy resistance, rapid disease progression, and the absence of further treatment options. The high percentage of patients with complete responses (CRs) in early-phase clinical trials has triggered much excitement in the medical community and among pharmaceutical market commentators. At present, the therapeutic potential of CTL019 is looking greater in relapsed ALL due to a greater complete response rate (CRR). At this stage, it is important to note that the available data are from clinical trials with very small patient populations, and that Phase II and Phase III studies will be required to better characterize the efficacy of the drug. Novartis has announced that it is advancing CTL019 into Phase II trials in r/r ALL, and that it expects to commence pivotal trials of the therapy in both r/r ALL and r/r CLL at some point in 2014.

The most recent data for CTL019 in B cell malignancies were showcased at the 2013 American Society of Hematology (ASH) annual meeting by Penn researchers. In a study of pediatric and adult r/r ALL patients, 19 of the 22 pediatric patients (86%) and all five of the first adult patients to be treated with CTL019 achieved CRs. Five pediatric patients and one adult patient relapsed. One pediatric patient and the adult patient relapsed with CD19-negative disease, indicative of treatment resistance. Combined data from Phase I and Phase II studies of CTL019 in adult r/r CLL patients were also promising, but the lower CRR suggests that CTL019’s therapeutic potential is lower here than in r/r ALL. The data demonstrated that 15 out of 32 patients (47%) responded to therapy, with seven patients (22%) experiencing CRs.

Safety data suggest CTL019 will be reserved as a last resort

While the efficacy data are extremely impressive, it is looking like safety could be the largest hurdle to potential CTL019 regulatory approvals and future market success. Across the r/r ALL and r/r CLL studies, many patients who responded to CTL019 experienced cytokine release syndrome (CRS) caused by the expansion of CTL019 T cells in the body. CRS is a serious condition that causes patients to experience high fevers, nausea, myalgias, capillary leak, hypoxia, and hypotension. CRS was treatable by administering the anti-interleukin-6 antibody Actemra (tocilizumab; Roche/Chugai), a rheumatoid arthritis drug. CRs were also associated with long-term B cell aplasia, which required treatment with intravenous immunoglobulin.

CTL019 could face intense competition from rival CAR-Ts in the future. Although CTL019 is the most clinically advanced candidate, a number of other biotechs are looking to position their own technologies as rivals. There are very little data available to comment on how these technologies may fare against CTL019 in a future competitive environment. The table below shows an overview of ongoing CAR-T development programs.

Novartis and the University of Pennsylvania are currently involved in complex litigation with Juno Therapeutics and St. Jude Children’s Research Hospital concerning CTL019, which could hinder development. Currently it is unclear what the outcome of these proceedings is likely to be. In a worst-case scenario, Novartis may be prohibited from further developing CTL019, or would need to negotiate with Juno to continue.

A complaint was originally filed by St. Jude Children’s Research Hospital in July 2012. It alleged that Penn’s then newly formed collaboration deal with Novartis broke technology transfer agreements that the university had with St. Jude relating to a CAR research partnership the two institutions had previously maintained. Since this time, Penn has filed two countersuits, making a total of three court actions that form the continuing lawsuit. In December 2013, Juno Therapeutics joined the case with St. Jude after licensing the rights to commercialize its patented CAR technology. In March 2013, Novartis also entered the lawsuit to support Penn.

CTL019 is the first CAR-T to receive breakthrough therapy status or an equivalent award. This is a big positive for Novartis as it is symbolic of the therapy moving one step closer to the market. It will also be warmly welcomed by r/r ALL patients who have exhausted their treatment options. Speaking after the FDA’s announcement, Professor Carl H June of Penn, one of the pioneers of CAR-T technology, stated that “this is a major milestone as we are now one step closer in helping address the high unmet needs of this patient population.”

The early data indicate that CTL019 could become both a clinically important and highly lucrative treatment option, but Datamonitor Healthcare believes there is still a long way to go before the drug’s future is certain. Data from Phase II and Phase III pivotal trials will be essential in better understanding the safety profile of this drug, which will determine where it is used in the ALL treatment algorithm. CTL019 may also have to overcome pressure from increasing competition and potential problems that could arise from ongoing litigation. 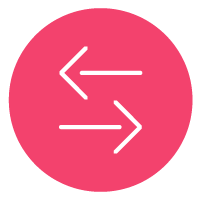