The Centers for Medicare and Medicaid Services will only pay for Kymriah if patients respond after one month. Novartis also pursuing similar contracts with private payers. 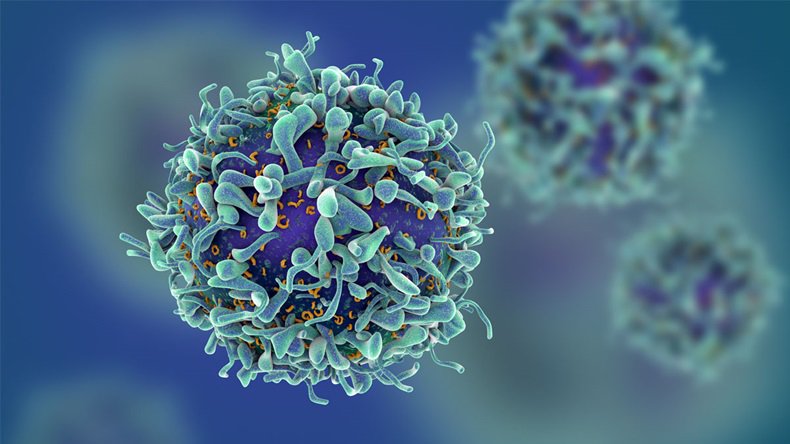 Novartis AG's newly-approved CAR-T treatment for childhood leukemia, Kymriah(tisagenlecleucel), will be reimbursed based on outcomes under a groundbreaking arrangement between the manufacturer and the Centers for Medicare and Medicaid Services.

Kymriah was cleared by FDA Aug. 30 for pediatric and young adult patients with B-cell precursor acute lymphoblastic leukemia that is refractory or in second or later relapse. (See sidebar.) It is a one-time, single administration treatment and has a list price of $475,000.

Novartis is "collaborating with CMS to make an outcomes-based approach available to allow for payment only when pediatric and young adult ALL patients respond to Kymriah by the end of the first month," the company said in an Aug. 30 release.

Novartis said it also expects to work with private insurers on outcomes-based contracts for Kymriah and hopes to develop similar arrangements for other treatments. The arrangement will likely set a precedent for other CAR-T treatments.

"Novartis has been at the forefront of outcomes-based pricing and is very pleased to work with CMS on this first-of-its-kind collaboration with a technology that has the potential to transform cancer care," Novartis CEO Joseph Jimenez said. "We look forward to continuing to work with CMS to potentially expand this approach to other products and disease states."

Starting out with an outcomes-based agreement with CMS may go a long way in advancing other contracts.

The arrangement is part of a broader discussion between Novartis and CMS on performance-based reimbursement models for Kymriah.

For example, the company is working with the agency on developing indication-based pricing for the treatment as additional uses are approved in the future. Depending on the data, new indications could require a different cost effectiveness calculus, and potentially, lower payments, the company noted. Novartis is planning to file an application for Kymriah in the treatment of adult patients with diffuse large B-cell lymphoma later this year.

Although the patient group covered by the initial performance-based arrangement for Kymriah is likely to be relatively small – the company estimates 600 patients per year will be eligible for treatment – the fact that it involves CMS may go a long way toward advancing outcomes-based contracts.

One benefit could be that the details around outcomes are made public under the government contract, which currently is not the case with existing performance-based contracts in the private insurance market.

"Because this is with CMS, we will (or at least I fully anticipate) be able to see all the payment rules and endpoints and ultimately be able to evaluate them," Memorial Sloan Kettering's Peter Bach told the Pink Sheet. "That will make this distinct from essentially all the [outcomes-based contracts] out there, which are proprietary." Bach is director of the Memorial Sloan Kettering Center for Health Policy and Outcomes and a frequent commentator on drug pricing policy.

"While we await more specific details of the agreement reached between Novartis and CMS, we believe this arrangement will be a win for patients, as it recognizes the need to reward outcomes and ensure the cost of treatment is a reflection of its clinical success," President Joel White said in a release. "CAHC applauds CMS and Novartis on this announcement with the hope that it will be a catalyst for a broader, system-wide shift in health care towards value-based reimbursement."

David Mitchell, Founder and President of Patients For Affordable Drugs, was less complimentary about the Kymriah pricing and reimbursement strategy, however.

“While Novartis’s decision to set a price at $475,000 per treatment may be seen by some as restraint, we believe it is excessive," Mitchell said in an Aug. 30 statement. "Novartis should not get credit for bringing a $475,000 drug to market and claiming they could have charged people a lot more."

The company said in a same-day conference call with reporters that its own assessment revealed Kymriah would be cost-effective in pediatric ALL at $600,000 to $750,000 for the one-time treatment, but pricing was set lower to support the health care system and ensure patient access.

CMS Will Issue Guidance To Biopharma On Novel Contracts

CMS issued a statement on the Kymriah approval to announce it is committed to working with manufacturers and other stakeholders on ways to better manage the cost of cutting-edge treatments.

"Innovations like this reinforce our belief that current healthcare payment systems need to be modernized in order to ensure access to new high-cost therapies, including therapies that have the potential to cure the sickest patients," CMS Administrator Seema Verma said. "Improving payment arrangements is a critical step towards fulfilling President Trump's promise to lower the cost of drugs."

CMS also plans to issue guidance to explain how other pharmaceutical manufacturers "can engage in innovative payment arrangements," Verma added. The agency "will continue to work with states on other options as well [to] help them manage the cost of new therapies and cures."

Medicaid programs currently are required to cover drugs as long as manufacturers agree to provide the statutorily defined rebates. As a result, Medicaid would not have much price negotiating leverage for a drug like Kymriah.

Novartis maintained that in setting the price for Kymriah, the company aimed to come in below the level identified in cost effectiveness analyses of the treatment, including an evaluation by the UK's National Institute for Health and Care Excellence (NICE). The company also sought to set the price below the current standard of care for an allogeneic stem cell transplant, which it said is $540,000 to $800,000.

In the US, the Institute for Clinical and Economic Review is planning a cost effectiveness analysis of its own covering Kymriah and Kite Pharma Inc.'s pending CAR-T treatment, axicabtagene ciloleucel. (Also see "ICER's Ambitious 2018 Review Agenda Takes On Groundbreaking Treatments" - Pink Sheet, 10 Aug, 2017.) A draft evidence report is scheduled to be released in mid-December, followed by a final report in February 2018.

Because ICER is in the process of its analysis, President Steve Pearson declined to comment on Kymriah's price. However, he offered some general comments on the pricing environment for such therapies.

"It is a very exciting day for innovation, for science, for patients," he said in an interview. "But we shouldn't forget what else happened today. What else happened today is a company, albeit one that obviously took business risks and sank a lot of money into this … got to name their price."

He added, "Unlike a car company where people can go next store and shop for a different model, patients are going to want this drug and taxpayers and public and private insurers are going to pay this price. So it just kind of highlights the unique landscape for drug pricing in this country and the questions around how we talk about an accountable system for making sure the price aligns with benefit and does support this kind of innovation going forward."