Novartis, having now submitted its CAR-T therapy CTL019 to the European Medicines Agency for approval, should learn shortly whether the product will be assessed under the agency’s accelerated procedure. 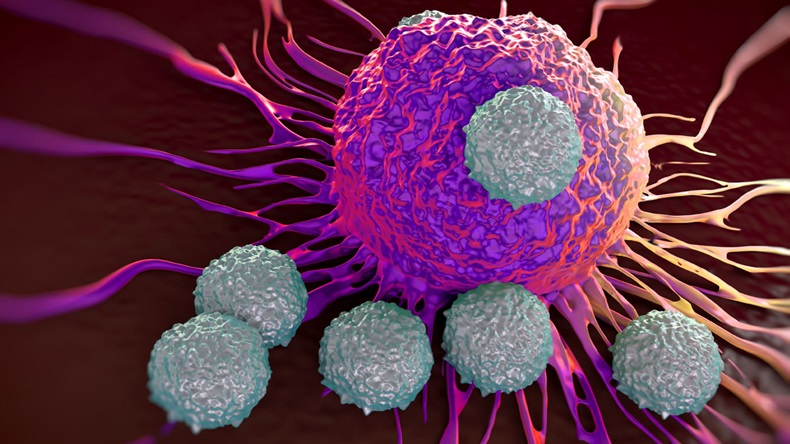 Novartis has applied for approval to market its CAR-T cell therapy CTL019 (tisagenlecleucel) in the EU, and should soon find out whether the European Medicines Agency will agree to fast track its assessment.

The company, which made history in August when CTL019 became the first CAR-T therapy to be approved in the US, this week said it had submitted a marketing authorization application (MAA) to the EMA to market the product as a treatment for leukemia and lymphoma.

Meanwhile, the agency’s scientific committee, the CHMP, is to decide over the next few days whether to evaluate the product under the EU’s accelerated assessment (AA) procedure. AA can cut the time it takes the CHMP to review a MAA under the centralized procedure from 210 days (not counting clock stops when applicants have to provide additional information) to 150 days. Products granted speedy review must be of major interest for public health or show therapeutic innovation. CTL019 has been granted orphan status in the EU.

“We cannot speculate on the EU assessment procedures or regulatory timelines,” a spokesperson for Novartis told the Pink Sheet in response to a question about the AA. “We have submitted a robust and comprehensive dossier with our MAA. We expect a CHMP opinion for our application in 2018.”

Novartis appears to be the second company to publicly disclose that it has applied to market a CAR-T therapy in the EU. Its closest rival in the CAR-T space, Kite Pharma, said in July that it had submitted an MAA to the EMA for axicabtagene ciloleucel for treating lymphomas, and that it had been granted accelerated assessment.

Kite, which has since been acquired by Gilead Sciences, has also received US approval for axicabtagene ciloleucel. The product – branded Yescarta in the US – was authorized in October, bringing the total number of CAR-T therapies approved by the Food and Drug Administration to two.

Novartis is seeking to market CTL019 in Europe for the treatment of children and young adults with relapsed or refractory (r/r) B-cell acute lymphoblastic leukemia (ALL) and for adult patients with r/r diffuse large B-cell lymphoma (DLBCL) who are ineligible for autologous stem cell transplant (ASCT).

The approval for the product in the US – where it is called Kymriah – covers children and young adults with B-cell ALL that is refractory or has relapsed at least twice. (Also see "Novartis Beats CAR-T Competitors To The Pricing Punch With Kymriah Approval" - Pink Sheet, 31 Aug, 2017.) Novartis has since submitted a marketing application to the FDA for the DLBCL indication.

In Europe, Novartis is hoping to build on its US experience with r/r B-cell ALL, and said it was “working closely with [the] EMA and European treatment centers to make CTL019 available in this region.”

According to Datamonitor Healthcare analyst Ali Al-Bazergan, the EU submission is “an important step to the company's goal in leveraging Kymriah to provide a comprehensive solution to B-cell cancers. By opening its market to Europe and to DLBCL, Novartis will be well entrenched to achieve its touted blockbuster sales.”

As for the company’s efforts outside Europe and the US, the Novartis spokesperson said there were plans for “additional regulatory submissions for CTL019 in pediatric and young adult patients with r/r B-cell ALL and adult patients with r/r DLBCL in Canada, Australia, Switzerland and Japan in 2018. Additional markets are being evaluated in order to provide greater patient access to CTL019.”

Notably, CTL019 and axicabtagene ciloleucel in Europe had both been granted access to PRIME, the EMA’s popular priority medicines scheme for getting drugs for unmet medical needs to patients faster. Drug developers accepted on the scheme are offered early and proactive support from the EMA to help optimize their development plan, and the opportunity of having their eventual MAA reviewed under the AA procedure. Of the 31 products to have been accepted on the scheme since its launch in March last year, Novartis and Kite appear to be the first companies to have publicly disclosed they had reached the MAA stage.

Novartis’s EU MAA is based on Phase II results from the company’s global, multicenter, ELIANA and JULIET trials.

ELIANA, which assessed CTL019 in patients with ALL, is “the first pediatric global CAR-T cell therapy registration trial, examining patients in 25 centers in the US, Canada, Australia, Japan and the EU,” Novartis said. The Phase II results had been used to support US approval for the ALL indication.

JULIET is the first multicenter global registration study for CTL019 in adult patients with r/r DLBCL. It is also the largest study examining a CAR-T therapy exclusively in DLBCL, Novartis said, adding that the trial is enrolling patients from 27 sites in 10 countries across the US, Canada, Australia, Japan and Europe. Phase II JULIET study results have been used to support Novartis’s US submission for the DLBCL indication.

Data from the six-month primary analysis of JULIET are to be presented at the annual meeting of the American Society of Hematology (ASH) in December 2017, the company noted.

CTL019 is manufactured for each individual patient using their own cells at Novartis’s Morris Plains, New Jersey facility. Novartis said it had designed “a reliable and integrated manufacturing and supply chain platform that allows for an individualized treatment approach on a global scale.” Having manufactured CAR-T cells for more than 250 patients from 11 countries across various indications in clinical trials, Novartis said it had demonstrated a reproducible product.

CTL019 is one of two products that the CHMP is assessing with regard to granting an AA at its monthly meeting this week. The other is Alnylam Pharmaceutical’s orphan drug patisiran for treating polyneuropathy in patients with ATTR amyloidosis. Patisiran, an investigational RNAi therapeutic, met its primary efficacy endpoint and all secondary endpoints in the Phase III APOLLO study, the company said in September. (Also see "APOLLO Success Clears Alnylam For Lift-Off" - Pink Sheet, 20 Sep, 2017.) Alnylam formed an alliance with Sanofi Genzyme in 2014 to accelerate the advancement of RNAi therapeutics as a potential new class of innovative medicines for patients with rare genetic diseases.