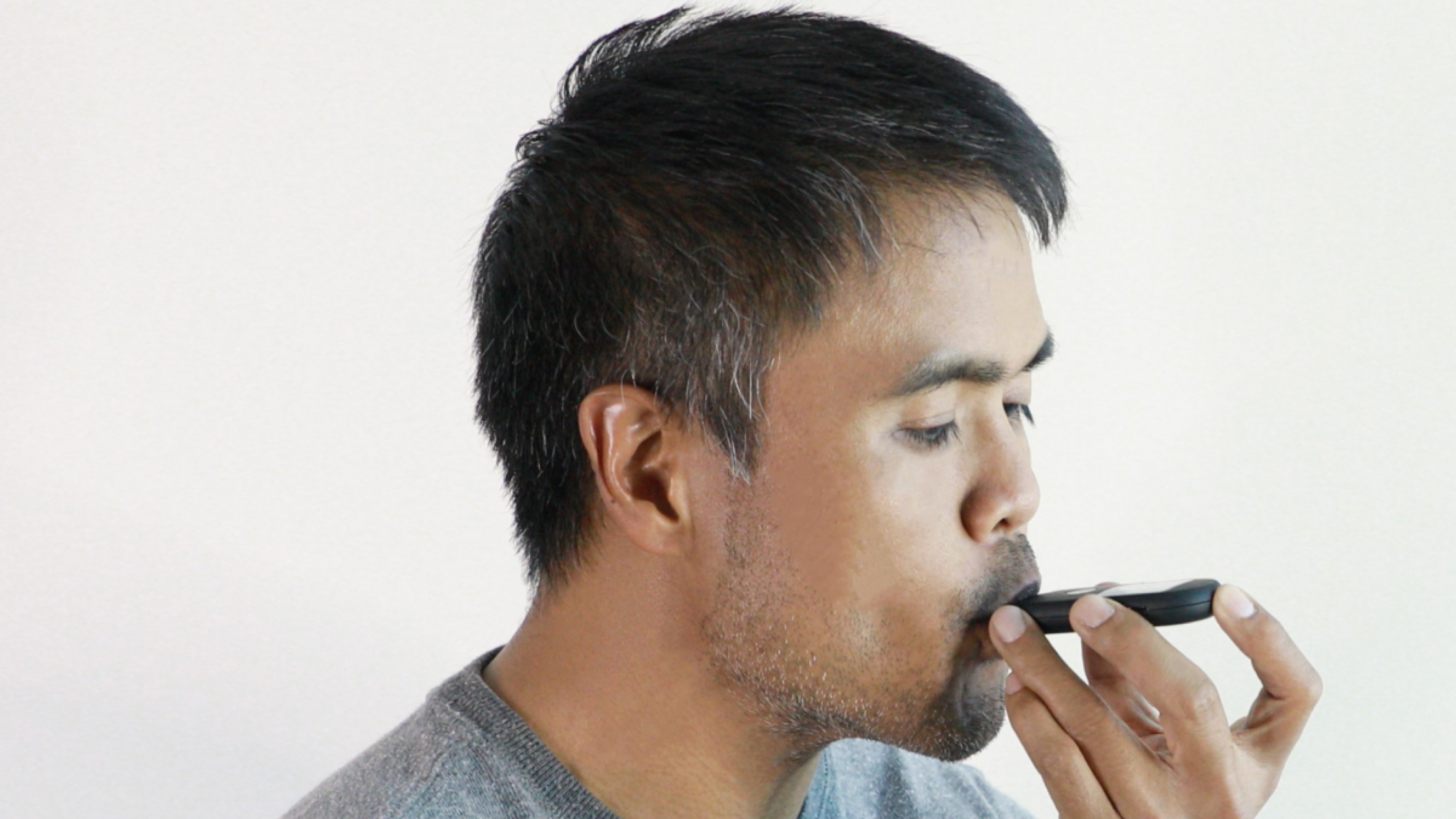 Carrot Inc. is marketing its Pivot carbon monoxide breath sensor as the only over-the-counter device proven to increase smokers’ motivation to quit smoking.

The US Food and Drug Administration cleared Carrot’s expanded labeling claim for the device via a 510(k) based on a clinical trial, the Silicon Valley digital health company announced 12 July.

“This is a significant breakthrough for smoking cessation,” Carrot CEO David Utley said. “The emergence of an over-the-counter breath sensor that can help people quit tobacco is comparable to when consumer-grade glucose meters became available, empowering people in their own diabetes care.”

“It’s remarkable to me that tobacco is not [often among the] health crises targeted by investment and government policy,” Utley told Medtech Insight. “[Smoking] is like a gorilla hiding in the corner killing 500,000 people a year.”

According to the Centers for Disease Control and Prevention (CDC), cigarette smoking is responsible for more than 480,000 deaths per year in the US. About 70% of the 34 million adult smokers in the US want to quit, but less than 10% of them succeed each year.

Most quitting attempts fail, not only because it is so difficult, but because relatively few smokers get the support they need, Utley said.

According to the CDC, less than a third of adult smokers trying to quit received counseling or medication to help them quit and about 40% reported that their doctor had not advised them to quit even though clinical evidence shows even brief counseling from a physician is a cost-effective intervention that helps people quit smoking.

The FDA originally cleared Pivot in 2017 for cigarette smokers in smoking cessation programs to help inform them about how their inhalation of carbon monoxide, one of the major toxins in cigarette smoke, is affected by smoking. The predicate device for the 510(k) was hospital-use-only devices used to detect carbon monoxide poisoning.

The new 510(k) for Pivot clears it to be marketed as an educational and motivational tool to inform the user about how breath carbon monoxide levels are affected by smoking behavior. The 510(k) clearance also extends Pivot’s shelf-life from six months to 18 months.

The FDA cleared the new indication based on the results of a study of 234 smokers who used Pivot for 12 weeks to monitor carbon monoxide in their breath. The study was led by researchers from Carrot and the University of North Carolina. The results were published last October in the Journal of Medical Internet Research.

The study’s participants were asked to submit four or more breath samples per day and complete periodic questionnaires about their smoking behavior and attitude toward quitting. Over the course of the 12-week study, participants logged more than 48,000 breath samples with an average of over 200 per person.

The Pivot sensor is a key component of Carrot’s complete Pivot tobacco cessation program, which also includes an app that tracks users’ data and offers evidence-based suggestions to help them quit smoking. The program also offers users the opportunity to communicate remotely with a professional coach and connects users to an online community of other users trying to quit smoking.

Utley explained that Carrot is approaching tobacco-use like a chronic disease, just like diabetes or obesity. There are many devices available to help consumers track their exercise, weight, heart rate, and other variables that influence overall health and continuous glucose monitoring is rapidly becoming the standard of care for diabetes. But Pivot is the first consumer device that helps smokers directly monitor the toxins they are inhaling while smoking, Utley explained.

“The number one evidenced-based tool in weight loss programs is an electronic-connected scale – the evidence is really compelling – but there wasn’t [anything like] that for tobacco users before,” Utley said.

Carrot also has a partnership with GSK that allows Pivot users to order nicotine-replacement patches, gum and lozenges through the app.

Results of a 319-user study published in the Journal of Medical Internet Research in February 2021 showed that about a third of users were able to quit smoking, at least temporarily, after actively participating in the Pivot program for three months. The study also showed that the “quitting rate” continued to increase even after users stopped actively participating in the program.

The Pivot program is offered as a benefit through large employers, including Target, and health plans including New York Life and BlueCross BlueShield of North Carolina.

“Large employers like Target have a very high liability in terms of dollars when they hire a tobacco user because their health plan costs are higher and their productivity loss is higher, so we want to help them help their workers be healthy,” Utley said. “We don’t vilify people. We help them get rid of a chronic condition [just like] with diabetes or any other substance abuse.”

Utley said the company is primarily focused on the “business-to-business” sales channel right now, but Pivot is also available for individual purchase at pivot.co and Carrot offered the program for free at the start of the pandemic in 2020 because smokers were among the highest risk groups with COVID-19.

However, Utley said the company is planning to develop more partnerships with large pharmaceutical companies that produce smoking-cessation drugs to help it market Pivot directly to users.

Carrot earned a CE mark in late 2020 and the company is working with potential pharmaceutical partners to help it commercialize Pivot in the UK, Utley said, but the company is primarily focused on the US right now.

“If I had the megaphone that Big Pharma has [I could use it to say], ‘This is a really cost-effective intervention with no risk because there’s nothing you’re shooting in your body,’” he said. “But we’ll get there. We’re working on some great partnerships to start to get the word out.”