Gottlieb: Hurricane Maria May Cause Critical Drug Shortages By Q1 2018

The race is on in Puerto Rico to avert critical drug shortages that could hit the US in a few months if service from the island's electrical grid hasn't been restored to its pharmaceutical manufacturing facilities, FDA Commissioner Gottlieb tells Congress. 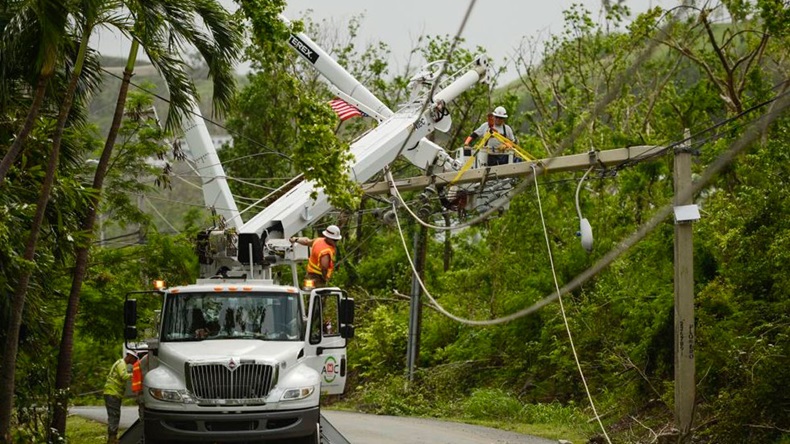 "My biggest long-term concern right now from a public health standpoint is that we may face product shortages of critical medical products heading into the first quarter," Gottlieb told a House Energy and Commerce oversight and investigations subcommittee hearing. "We're going to do everything we can to head them off."

Another concern Gottlieb raised: if repairs take too long, the pharmaceutical sector might begin to leave Puerto Rico. "If we don't do our job and help these facilities stand back up in a timely fashion, we could start to see some of the production move out of the island, and I think that would put a strain on the Puerto Rico economy."

Facilities in Puerto Rico produce about 8% of the medicines consumed in the US, in terms of dollar value, Gottlieb added in his written statement. Key pharmaceuticals made there include blood fraction products, cardiovascular drugs and treatments for cancer and HIV.

The hearing explored the Health and Human Service Department's preparation for and response to the 2017 hurricane season, focusing on public health impacts of Hurricane Harvey in Texas, Hurricane Irma in Florida and Hurricane Maria in Puerto Rico.

Gottlieb focused his remarks on FDA's evolving response to the situation that has been unfolding in Puerto Rico in the month since Maria hit the US territory.

He said much of the agency's efforts have focused on 30 medically important drugs that he did not identify, and particularly on 14 that are manufactured only in Puerto Rico.

He said the agency has worked with the Federal Emergency Management Agency, the Department of Homeland Security and the Health and Human Services Department, of which it is a part, "to troubleshoot challenges related to getting fuel for generators and raw ingredients for manufacturing processes, as well as the logistics to move finished products off the island."

One early focus was to secure landing rights for planes to carry out products that might otherwise have been destroyed when warehouses flooded.

Later, FDA got more involved in helping facilities obtain diesel fuel for their generators. Last week, it helped obtain medical grade gases for facilities that use them in manufacturing products critical to the blood supply.

Even as logistics challenges to the steady supply of diesel are overcome, there is a growing recognition of the limitations of the generators powered by that diesel.

"Many generators weren't meant to function for months on end," Gottlieb observed.

Most plants running on generator power "are producing at anywhere from 20% to 70% of their normal capacity [but] will not be able to operate for a sustained period of time. … The generators themselves are going to start to break down."  – Gottlieb

"Moreover, a lot of facilities can't return to full production on generator power alone. Most are producing at anywhere from 20% to 70% of their normal capacity, based on our informal survey. They won't be able to resume full production until they get back on the power grid. And if they don't return to the grid by the end of this year, we're concerned that we could face multiple potential shortages unless we can also help these facilities temporarily shift more of their manufacturing off the island."

Some pharmaceutical manufacturing facilities in Puerto Rico are "very hardened," and could perhaps operate indefinitely on generators. "But that's the exception," Gottlieb said. "Most of those facilities will not be able to operate for a sustained period of time. … The generators themselves are going to start to break down."

He said the agency is working with partners at HHS and the US Army Corps of Engineers on ensuring the continued viability of a handful of critical facilities.

In certain cases, FDA is working with firms to secure secondary generators. Without these backups, if generators fail and facilities shut down, restart can be difficult and slow, given the loss of continuous directional airflow through the facility and refrigeration of stored batches, he noted. FDA would probably have to re-inspect them prior to restart.

Another issue is the re-emerging power grid's instability. Authorities have made it a priority to get Puerto Rico's hospitals back on the electrical grid, and 60% of them are, according to Robert Kadlec, assistant secretary of health for preparedness and response, who also testified at the hearing.

However, several committee members raised concerns about lack of stability, with Rep. Jan Schakowsky, D-Illinois, recalling a photograph of surgeons after they lost power, working on a patient by the light of a cell phone flashlight.

Kadlec said HHS is working with FEMA to make sure that hospitals have backup generators and access to a FEMA repair team to fix the primary generator if it goes down.

An Homage To The Workers Of Puerto Rico

Gottlieb paid homage to the local workforce, saying, "if we do avert critical shortages, it will be primarily because of our fellow citizens who returned to their posts at this critical time, even as their own families were displaced and their lives devastated. We owe them all an enormous debt of gratitude."

He also called attention to the efforts of pharmaceutical manufacturers to help the island recover. They're using their facilities as disaster relief stations, distributing FEMA aid to outlying towns. They're distributing gasoline, water, food and batteries to employees and using their cafeterias to feed workers and their families. One even shipped thousands of generators to the island for distribution to their employees.

"Most of all, I want to recognize the resilience of the people of Puerto Rico and their fidelity to our public health mission," Gottlieb said. "FDA has a long history of operating on the island. It's been an integral part of our work. We owe the island's residents our steadfast and long-term commitment to a full recovery."