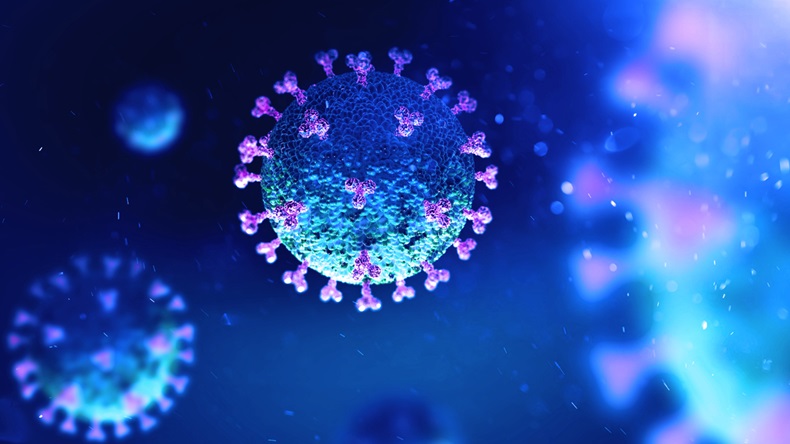 Celltrion expects to begin trials in the UK and Spain for two antiviral treatments for COVID-19 by the third quarter of 2020, as well as to roll out an antibody test during the quarter with a view to supplying it to the UK government at scale, according to the latest updates provided by the Korean firm.

With the company having recently revealed that it had accelerated development of potential therapies due to the urgency of demand (Also see "Celltrion Will Trial COVID-19 Antiviral From July" - Generics Bulletin, 15 Apr, 2020.), Celltrion Healthcare’s commercial director in the UK, Matt Eddleston, has now spoken exclusively to Generics Bulletin to detail the latest developments in the firm’s efforts to develop treatments and a test for COVID-19.

“We have a partnership with the Korea Centers for Disease Control and Prevention and the Korean Ministry of Food and Drug Safety, a government-led initiative in Korea, and they have partnered with Celltrion to develop two treatments for COVID-19 and also a rapid antibody test,” Eddleston explained.

“We have had some discussions with the UK government about a potential trial for the treatments and also supply of the test. And that is going very well.”

However, Eddleston noted that current expectations and dates around clinical trials were not confirmed and could change depending on the individual country situations.

“The plan is that we will develop two treatments,” Eddleston elaborated. “One is specifically an antiviral treatment for COVID-19, and then there is also a cocktail therapy which is a treatment for all SARS-related viruses. So if COVID-19 mutates, or there are other SARS diseases within this group, then the idea is that this treatment would be able to effectively manage those as well.”

In terms of trials for the antiviral treatments, he said the UK and Spain “have been identified as the countries where we would like to conduct the trials, and we are in negotiations with the government on whether we could do that.”

Asked why these countries specifically had been chosen, Eddleston said that UK regulatory aspects in particular meant that it was “generally quicker to get access to trials in the UK.”

Furthermore, indicated Celltrion Healthcare UK medical advisor Dan Casey, “a lot of the scientific and medical knowledge and expertise is in the UK.”

Test Expected To Be Available Soon

Meanwhile, Celltrion’s planned COVID-19 test “is an antibody test, which will acknowledge if the patient has developed antibodies to the condition, which will show that they have had the condition at some point.”

“That is being trialled,” Eddleston indicated, “and the idea is that that will be available in the second quarter.”

“It’s early days, but everything that we have seen so far has been quite positive,” he observed. “There has been a meeting with the Korean foreign minister and [UK foreign secretary] Dominic Raab, and he has asked for more information and we are working through different UK government departments on the development of these products. And hopefully we can be part of the solution.”

Questioned over how many of the tests would be made available, Eddleston said that it was currently too early to comment on specific numbers. “The question that came back from the [UK] department of health was ‘is it available at scale from June?’, and I have asked for that information,” he noted. “I think that it is definitely going to be launched in the second quarter, but in terms of scale we do not know specifics at this stage.”

And while practical aspects of manufacturing were “always a consideration,” Eddleston acknowledged, Celltrion was “quite fortunate in that our manufacturing facilities are state-of-the-art, and in terms of capacity we have one of the biggest capabilities globally.”

While Celltrion is just one of a number of firms developing potential treatments and tests for COVID-19 worldwide, Eddleston was clear on how the Korean firm’s approach compared to the approaches taken by other companies.

On global development efforts in general, Eddleston said there were “three elements to it. Development of a vaccine, which we aren’t currently pursuing. Then the development of the therapeutics, which our products are: two antivirals. And then testing – and there is testing for active disease and then antibody tests.”

“There are several of the active disease tests available and ongoing,” he acknowledged, “and I don’t know how many antibody tests are in development.”

Asked about how Celltrion’s tests would be used – and whether they could form part of UK endeavours to scale back the country’s lockdown and permit people to go back out into the community – Eddleston said “I think that’s one of the underlying things that the government and the health service want to ascertain.”

Looking further afield than the UK to a wider global roll-out of the antivirals, Eddleston insisted that “the first step is to get the results of the clinical trials. The UK and Spain have been identified because it is quickest to get trials established – but of course we want to make the product available globally as soon as possible. So the manufacturing [capability] is being prepared to ramp up accordingly once we have the trial results.”

Asked when trial results were expected, Casey commented that “we can’t say exactly, but it could possibly be a lot more accelerated than normal, so we could be seeing results significantly quicker than a normal trial.”

But while Celltrion was devoting considerable resources to its efforts on COVID-19, the UK operation was also continuing to push forward with other recent initiatives, such as its launch last month of a subcutaneous version of its infliximab biosimilar in the form of Remsima SC. (Also see "Celltrion Launches Remsima SC In UK" - Generics Bulletin, 2 Mar, 2020.)

“Certainly in terms of COVID then the antivirals and the test are our focus, and we want to speed up the process as soon as possible to the point where they are available,” Eddleston emphasized. But “the focus generally of the business is obviously to focus on the Remsima SC launch.”

Remsima SC Allows Treatment To Move Out Of Hospitals

“The launch of Remsima SC has gone well,” Eddleston commented, revealing that the product had proven to be a particularly valuable treatment given the circumstances of the coronavirus pandemic.

“We’re ahead of where we expected to be at this stage,” he summarized. “It is progressing well.”

That was “partly because immunosuppressed patients have been identified as a vulnerable group for COVID-19, and there is a goal for the [UK] National Health Service to keep those patients out of hospital. And so for those who are already being treated by infusion, many have been identified to move across to the subcutaneous product.”

Remsima SC “is being viewed as part of the solution in one respect, in terms of getting patients from intravenous onto subcutaneous and out of the hospital,” he observed, noting that Celltrion had seen “a significant amount of usage based on treating patients away from the hospital.”

“Obviously one of the central premises of Remsima SC was to get patients out of hospitals,” Eddleston said, “but it has been magnified and brought to the fore by the fact that we are in this situation with coronavirus.”

Media reports in Korea have suggested that Remsima SC is also being prescribed “off-label” for inflammatory bowel disease sufferers in the UK, although Celltrion has not promoted the use of the product for this indication. The pan-European marketing authorization for the subcutaneous version of infliximab so far only covers rheumatoid arthritis, with further indications expected to be added in the near future to match those of intravenous Remsima and the Remicade reference brand, including IBD.

Infliximab Could Be Second-Line COVID-19 Treatment

Casey also pointed out that infliximab was being explored as a potential second-line treatment for COVID-19 itself.

“There is evidence of inflammatory excess in patients with COVID-19,” Casey noted. “So infliximab could be part of the treatment as a second-line treatment,together with an antiviral. The hypothesis is that TNF blockade could prevent progression to the intensive care unit.”

A trial of infliximab in COVID-19 sufferers was at the advanced planning stage, Casey pointed out, with a recent article in The Lancet by Sir Marc Feldmann emphasizing the urgent need for trials of anti-TNF therapy for COVID-19.

“There are around 40-50 compounds, but many of them are either in very small quantities or have unfavourable safety profiles, like thalidomide,” Casey said. “However, infliximab is widely used and safe, so has the potential to scale up globally and quickly with regards to preventing ICU progression.”

Editor's note: this article was updated on 29 April 2020 to incorporate additional information on dates from Celltrion.