What To Look Out For At ESC, Including Merck's CETP Insights

The European Society of Cardiology meeting that starts this weekend will flesh out major studies – such as the degree of benefit seen with Merck's anacetrapib – after companies reported positive top-line results. 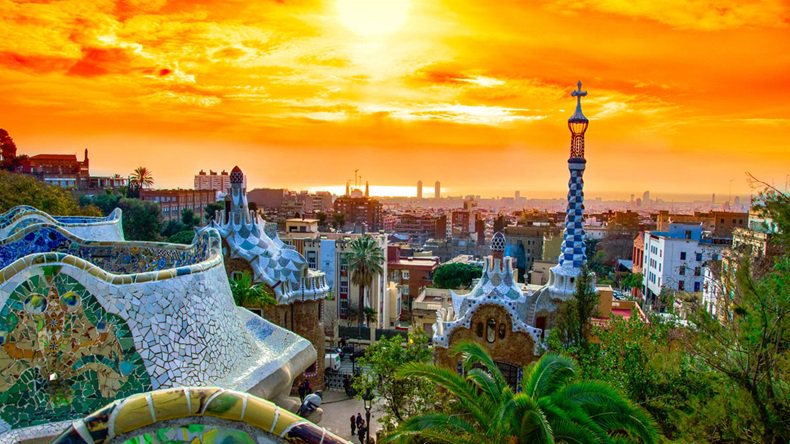 Delegates at the European Society of Cardiology (ESC) meeting Aug. 26-30 will be treated to full details from a number of trials that so far have just teased with top-line data, but some of the most anticipated data for Merck & Co. Inc.'s CETP inhibitor anacetrapib won't come until mid-way through the conference.

The COMPASS study of Bayer AG/Johnson & Johnson's Xarelto (rivaroxaban), Novartis AG's CANTOS trial for Ilaris (canakinumab) and the REVEAL study of anacetrapib all will be subject to Hot-Line Late-Breaking Clinical Trials sessions during the ESC conference at the Fira Gran Via in Barcelona, Spain.

First up on Sunday Aug. 27 will be two presentations of the 27,000-patient COMPASS study with which Bayer and J&J hope to expand the indications of the Factor Xa inhibitor.

COMPASS tested Xarelto for prevention of major cardiovascular events in patients with stable coronary artery disease (CAD) or peripheral arterial disease (PAD), a new indication for novel anticoagulants. J&J and Bayer stopped the trial in February – a year early – because it had already met the primary endpoint.

Gaining a broad label for Xarelto has long been J&J's strategy for the product and this would be a substantial new market. Filings are due by the end of the year and it appears to be the only drug among its rivals in global development for PAD/CAD.

The study compared three treatment groups with patients receiving 2.5 mg of Xarelto twice daily plus 100 mg of aspirin once daily, a higher monotherapy dose of 5 mg twice daily plus placebo, or 100 mg aspirin once daily. The primary endpoint was prevention of major adverse cardiac events (MACE), including cardiovascular death, myocardial infarction and stroke in patients with coronary artery disease (CAD) or with peripheral artery disease (PAD).

The fact that the study was stopped so early has led to speculation that the effect must be clinically meaningful and the study's Data Monitoring Committee decision to allow patients to stay on Xarelto as part of an open-label extension was reassuring for its safety profile. But it remains to be seen which arm proved the most superior to placebo, and what the associated bleeding risks were – these will determine the commercial impact.

Analysts at Jefferies are hoping for a risk reduction of at least 20%-25%, which they say would be "compelling" and could create about "4%-6% earnings and valuation upside" for Bayer. "If the benefit-to-risk profile looks acceptable then the results of the COMPASS study could lead to significant new indications in CAD and PAD, potentially almost doubling the number of patients eligible for treatment with Xarelto."

Aspirin use is routine for PAD and CAD patients, but these patients continue to have high rates of cardiovascular events. Previous attempts to reduce the risk by using clopidogrel as a replacement for aspirin or by combining it with warfarin had little success. The potential market is substantial with around 50 million patients worldwide and around 30 million are diagnosed as high risk, Bayer estimates.

"To put this in perspective, Bayer estimates that there are [about] 25 million diagnosed patients in Xarelto’s current largest indication, SPAF (stroke prevention in atrial fibrillation). Johnson & Johnson estimates that Xarelto is currently indicated for 7 million to 8 million patients in the US and that the addition of the CAD and PAD indications could expand the US market by 10 million to 12 million patients," the Jefferies analysts wrote.

But analysts at Credit Suisse caution that experts they have spoken with say it might be more of a battle to convince physicians not to use aspirin any longer (if the monotherapy arm triumphs) than persuading them to add on a low dose of Xarelto to aspirin (if the duo proves better) "even though that might mean having the patient take an additional medication each day".

Nevertheless, they believe positive COMPASS data could lead to an additional $1.5bn in annual sales for the product in the US alone.

Also on Sunday morning will come the full data from CANTOS for Novartis's Interlekin-1 beta (IL-1β) inhibitor antibody Ilaris (canakinumab, ACZ885), which surprised observers by hitting its primary endpoint in atherosclerosis in June. The anti-inflammatory product is already marketed for orphan inflammatory indications such as cryopirin-associated periodic syndromes at the kind of price that befits rare diseases, but far higher than a cardiovascular drug would normally command.

CANTOS showed that when used in combination with the standard of care, canakinumab reduced the risk of MACE, a composite of cardiovascular death, non-fatal myocardial infarction and non-fatal stroke, in patients with a prior heart attack and inflammatory atherosclerosis.

At the time, Novartis pointed out that canakinumab was "the first and only investigational agent which has shown that selectively targeting inflammation reduces cardiovascular risk."

"We look to the ESC data presentation to see what level of efficacy was achieved in the trial, which subgroups drove the efficacy and to understand the pricing strategy in a challenging reimbursement environment," they said.

Here expectations of a decent relative risk reduction in the drug arm are not so high, as even an effect as small as 5% could have hit significance, and Merck has been noncommittal about its filing plans. The drug's safety profile was generally consistent with that seen in its previous studies, including an accumulation of anacetrapib in adipose tissue, which could be a cause for concern for regulators.

For comparison, Merck's older combination dyslipidemia product Vytorin(ezetimibe/simvastatin) had success in the major IMPROVE-IT cardiovascular outcomes trial showing a more than 6% benefit and hitting statistical significance in the 18,000-patient study. However, the data did not convince the FDA to add the cardiovascular risk reduction claim to its label. Although sales for the Zetia/Vytorin franchise have slackened recently, revenues for 2016 still hit $3.7bn.

If successful, anacetrapib could reward Merck for its faith in the CETP strategy. The cholesteryl ester transfer protein class was once hailed as the natural successor to statins, but Pfizer Inc.'s dramatic discontinuation of the first CETP inhibitor torcetrapib – and the subsequent failure of other candidates – raised huge doubts about the mechanism, leaving Merck leading the field.

Other potentially interesting drug studies being presented in Barcelona include data for The Medicines Co.'s inclisiran, a subcutaneous PCSK9 inhibitor, from the ORION 1 study. The drug is heading into a Phase III program that will include an LDL-cholesterol lowering study in concert with a cardiovascular outcomes trial.