Childhood Obesity in America: A Look at Investigators in Drug Intervention Trials

While September marks the beginning of fall and the start of a new school year, this month also refocuses our attention towards the ongoing struggle with childhood obesity through National Childhood Obesity Awareness Month. With one in three children overweight or obese in the United States, it is an issue that is far from resolved in this country [i]. If we do not work harder to provide a healthier lifestyle for our children, we can certainly expect to see a continuing rise in associated risks, such as type 2 diabetes and heart disease [ii].

According to Trialtrove®, there are 118 childhood obesity trials evaluating drug interventions. Table 1 clearly demonstrates that the United States has the highest concentration of these trials globally (52%) and is a key player in researching this disease area. Canada follows at a distant second, conducting 7% of these trials. 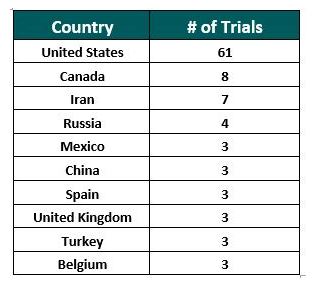 If we look more closely at the U.S., we can see a wide variation in childhood obesity prevalence rates by state (Figure 1). 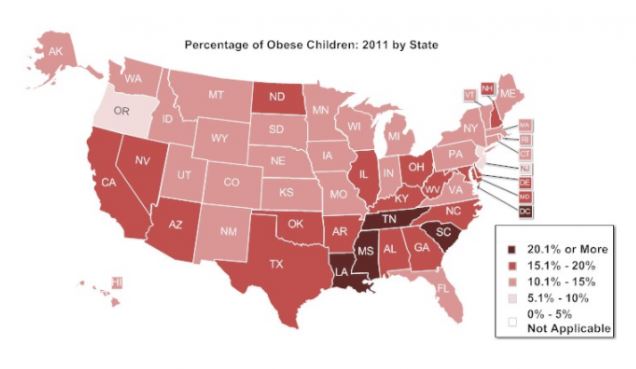 The Southern states of Louisiana, Mississippi, Tennessee and South Carolina show the greatest areas of concern and potentially the most need for obesity intervention. The second tiered states, which show 15.1-20% of children as obese, cast a wider net across the country and range from coast to coast but are still concentrated in the Southern states. These regions represent the areas where the greatest number of patients may be available for future trial involvement.

A review of investigators with direct trial experience in childhood obesity in the U.S. (Figure 2) shows that only about 4% of these physicians are located in the states with the highest rates of obesity. Though one may expect to see a larger number of investigators located in these areas, the marginal number may be attributed to physicians focusing their attention towards non-drug related therapies, which is considered by many to be the ‘standard’ treatment for obese children with no comorbid diseases. 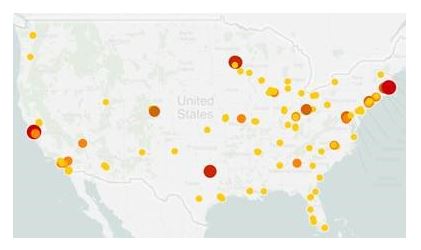 Investigators are more evenly distributed across the tier 2 states (15.1%-20% obese) with 49% of physicians located in these areas. Further, should a sponsor wish to conduct a trial in alternate areas with a moderate level of childhood obesity in the future, there is a substantial pool of investigators in several other states across the country, including New York, Minnesota, Massachusetts, Florida, Colorado and Missouri, to meet these needs.

Many pediatricians advocate that the best solution for childhood obesity, which is typically the result of an unhealthy lifestyle, is a good diet and regular physical activity. However, in cases where obesity is a comorbidity or develops due to an underlying condition like Prader-Willi Syndrome, drug intervention may be the best, and in some cases only, option available to help get those children to a healthy weight. If you would like to learn more about National Childhood Obesity Awareness Month, please visit http://healthfinder.gov/NHO/Septembertoolkit.aspx.