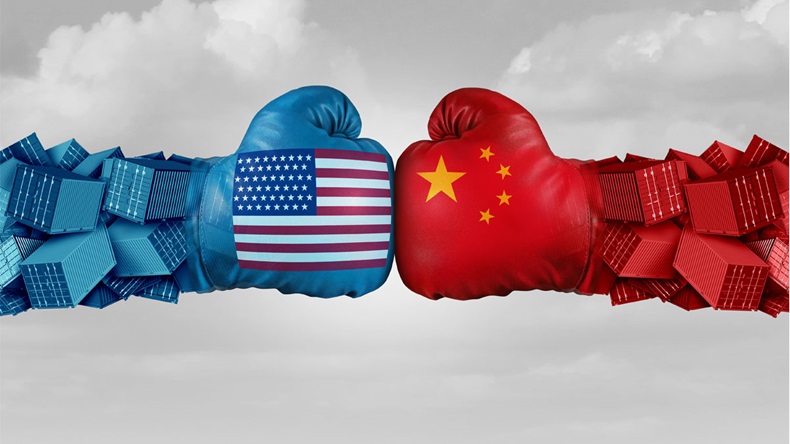 The US plan to have a coronavirus vaccine ready by the end of the year, unveiled on 15 May by President Donald Trump, has many wondering if the race to develop such a product is heating up considerably, given that on 18 May one of the leading developers, US firm Moderna Inc., disclosed positive preliminary results from a Phase I trial for its mRNA-based vaccine.

The recent developments are further stirring up a debate over whether the US is getting ahead of China, which started preparing for a coronavirus vaccine as early as January when the outbreak first appeared in Wuhan and quickly spread to the rest of the country.

A vaccine for the virus, officially called SARS-CoV-2, will be the ultimate weapon to control and prevent the spreading of further infections, and so far countries including China, India, South Korea, the US and UK are among the others working around the clock to have one ready. But top virologists have cautioned that a safe and effective vaccine that eventually gains approval could take years.

In a bold move, Trump said the plan is to have one vaccine ready by the end of the year, leaving only six months or so for a vaccine to sail through the needed clinical studies and regulatory review process. An adeno-associated virus-based vaccine from China's Tianjin CanSino Biotechnology Inc. is also in the clinical development stage .

CanSino together with the China Military Academy of Medical Science has already taken its vaccine into Phase II after enrolling 108 people in a Phase I study. The Tianjin firm said in a 16 March market disclosure that the Phase II study will begin "soon".  Employing several overseas returnees with multinational experience as its R&D and operational heads, CanSino seems to have what is needed for success.

So far, the Chinese government has said the country is not concerned about the US developments. In a 14 May press briefing by the Ministry of Foreign Affairs, spokesman Lijian Zhao said China was still “leading the world in Covid vaccines research and development.”

Industry observers reached by Scrip noted that the new results from Moderna were “encouraging” but still preliminary, given the study enrolled 45 people. More follow-up studies are needed to further demonstrate safety and efficacy, said Ke Wu, CEO of Wuhan-based vaccines developer BravoVax. His company is partnering with GeoVax Labs Inc. and using the US biotech’s platform to develop a coronavirus vaccine.

In addition to CanSino, three other vaccines from Chinese makers - all inactivated in type - are currently in clinical development. They are from Sinovac Biotech Ltd. , the Wuhan Institute of Virology and Sinopharm Group Co. Ltd.’s Beijing Institute of Biologics.

Despite taking differing approaches, coincidentally both Moderna and CanSino were established around 2010. The Tianjin biotech was founded in 2009 by Xuefeng Yu, once a lecturer at Tianjin-based Nankai University and a returnee from Canada where he worked for Sanofi Pasteur as director of fermentation development. He left in 2009 to start CanSino, which is now listed in Hong Kong and specializes in vaccines development, getting an approval for China’s first Ebola vaccine, ad5-EBOV, in 2017.

The biotech is in the process of jointly listing its shares on mainland China’s main A-share stock market.

The race to become the first to market a coronavirus vaccine, and who will be first in line to receive it, have attracted worldwide attention in recent days. Sanofi CEO Paul Hudson suggested that with the large investment and support it was providing, the US would likely get the French firm's vaccines first, comments which caused an uproar and have since been clarified. (Also see "Sanofi Calms France's Fears Over COVID-19 Vaccine Access" - Scrip, 15 May, 2020.)

Sanofi has two currently under development including one via a partnership with GlaxoSmithKline PLC.

However, few will comment at the moment on whether the US or China will ultimately lead the sizzling vaccines race. BravoVax's Wu has previously told Scrip that front-runner candidates such as Moderna’s mRNA-based vaccine may not finish first. One factor will be the need to build up manufacturing capability, some say. While clinical studies are vitally important, ensuring large-scale production capacity will be essential to meet the demand for tens of millions or more doses.

China in early May announced the completion of a manufacturing project, slated to produce coronavirus vaccines, with an annual turnover is 100 million doses.

Other than the five vaccines from China and the US, a total of 118 coronavirus vaccines are currently in development, of which eight have entered the clinical stage, notes the World Health Organization (WHO). The other four are a DNA-based vaccine from Inovio Pharmaceuticals Inc. in Phase I, one from Oxford University in the UK and Pfizer Inc./BioNTech SE’s RNA-based vaccine in which Shanghai-based Fosun International Ltd. has a stake.

The WHO also says Indian companies have a strong showing. Zydus Cadila, Codagenix-Serum Institute of India Ltd. (which is partnering on the Oxford University vaccine), Indian Immunologicals, Bharat Biotech International Ltd. and Biological E Ltd. are among the developers in the country also racing to market. (A video on the vaccine development landscape in India is available here.)