Chirag Patel And Chintu Patel Return As Co-CEOs Of Amneal 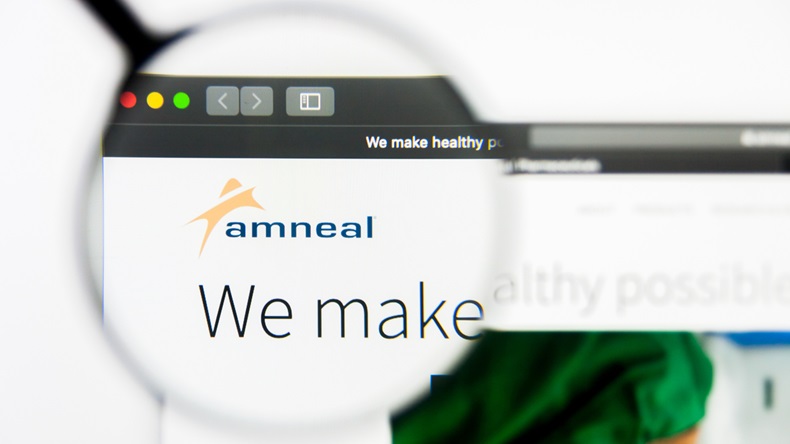 Amneal’s Chirag Patel and Chintu Patel have stepped up to become co-CEOs of the firm they co-founded, with immediate effect, just over a year after the completion of a merger with Impax that saw former Allergan chief operating officer and generics chief Rob Stewart become president and CEO of the firm and former Impax president and CEO Paul Bisaro become executive chairman.

Stewart and Bisaro have now resigned from the roles and have stepped down from the board, with Stewart due to serve as an advisor to Amneal “through a transition period.”

Chirag Patel and Chintu Patel had moved from co-CEOs of Amneal to take on the roles of co-chairmen of the board when the firm completed its merger with Impax just over a year ago.  (Also see "Combined Amneal adds bevacizumab and Gemini" - Generics Bulletin, 11 May, 2018.) They have now resigned from the co-chairman roles and will remain on the board as directors.

At the same time, Paul Meister, co-founder of private investment firm Liberty Lane Partners, has been elected as chairman of Amneal’s board.

The move comes less than a month after Amneal unveiled a wide-ranging restructuring plan aimed at cutting around $50m per year from the group’s cost base, including 550 job losses and closure of two US facilities. (Also see "Amneal’s Shares Slump On Slashed Earnings Outlook and Cost-Cutting Plan" - Generics Bulletin, 11 Jul, 2019.)

The US firm blamed a highly competitive local generics market for slashing its annual earnings before interest, tax, depreciation and amortization forecast for this year to $425m-$475m. At the midpoint of its forecast, this represented a 28% reduction from the $600m-$650m adjusted EBITDA that the company had predicted when announcing its first-quarter results on 9 May.

As the latest move was announced, independent Amneal director Ted Nark said the firm’s board “believes there are no better executives to help Amneal return to growth and maximize shareholder value than the operators who built it.”

“Recent industry headwinds and increased competition continue to put pressure on the company,” Nark said. “In order to succeed in today’s environment, Amneal must move decisively and prioritize its key strategic initiatives that will drive value for our shareholders. Chirag and Chintu possess both the leadership skills and the requisite strategic, operational, manufacturing and R&D expertise to execute on these efforts.”

‘Revitalizing Generics’ Is A Key Priority

“From the outset,” Chirag Patel and Chintu Patel said, “we always focused on making the right strategic and operational decisions for the business, including executing on our vision, investing in organic growth and embracing strategic M&A.”

“As founders of the company, we built this business from the ground up,” said Chirag Patel. “While we recognize the challenges ahead of us, we are excited by the opportunity to lead Amneal in its next phase of growth.”

“Taken together, this strategy is designed to position Amneal to successfully execute on business development and M&A opportunities,” said Chirag Patel.

Meanwhile, Chintu Patel commented, “over the past years, as entrepreneurs, we have bolstered our deep operational expertise by actively managing other companies in adjacent areas within life sciences, including specialty pharma, biosimilar product development and novel drug discovery. We intend to leverage this experience in our new roles as co-CEOs of Amneal.”

“And with a substantial ownership stake in the Company,” he added, “our interests are closely aligned with those of our fellow shareholders and other stakeholders.”

Chirag Patel and Chintu Patel have now resigned from their executive positions at other companies.

“We are grateful to Paul and Rob for their contributions in leading Amneal over the last year,” the pair concluded. “We look forward to propelling the company through its next stage of growth, and to working together with the board, including our new chairman, management team and all Amneal employees and customers to reach our full potential.”

Amneal Is At An ‘Inflection Point’

Meister, who has previously served as chairman and CEO of inVentiv Health – now Syneos Health – said he was “pleased to join the board of Amneal as chairman at this inflection point for the company.”

“I am drawn to Amneal because of its impressive history of developing technologies and intense focus on high quality products that improve millions of lives,” Meister said. “Chirag and Chintu are visionary leaders and, given the rapidly changing industry landscape, I’m excited to partner with them. Together, we can leverage our collective operational and M&A expertise to create value.”

Bisaro said it had been “an honor to work with the Amneal team over the last 15 months,” adding that “I am confident that the people of this company will continue to have a positive impact and drive business forward.” Meanwhile, Stewart insisted that “Amneal has many exciting drug development and new product launch opportunities.”

At the same time, Robert Burr, Janet Vergis and Dharmendra Rama have resigned as independent directors on Amneal’s board. The company said it had “retained Korn Ferry, a nationally-recognized executive search firm, to assist in the process of identifying independent candidates for the vacated board seats.”