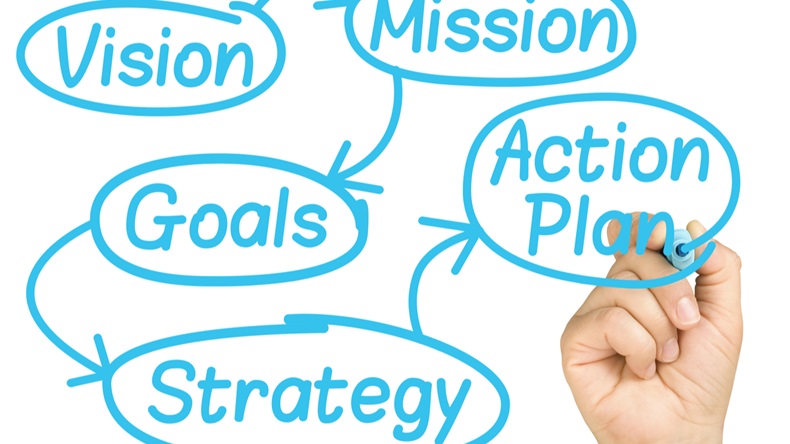 The management group of the EU Heads of Medicines Agencies will meet in Copenhagen later this month to discuss how it can do a better job of supporting the network of EU drug regulatory authority heads of which its members are a part with a view to making the network more effective and efficient.

The EU national competent authorities have an “immense responsibility towards patients in Europe and beyond” to make sure they have the best possible network, says Thomas Senderovitz, the Danish Medicines Agency head who became chair of the HMA management group in March.

For that to happen, Senderovitz believes that “first and foremost we need to look at the very raison d’etre of the management group and permanent secretariat [to ensure] we facilitate HMA as an institution to the best possible extent.”

Can we work more efficiently? Can we increase the network cohesiveness? Can our meeting structure improve? These are some of the questions the HMA management group will consider, Senderovitz told thePink Sheetin a wide-ranging interview.

Subsequently, says Senderovitz, the HMA network as whole needs to ask itself some fundamental questions. Are we on the right track? Is our vision the right vision? Are we too ambitious? Are we under ambitious? Do we try take on too much? Who are our stakeholders? Are we able to achieve what we set out to deliver?

The EU medicines regulatory network works well but there is room for improvement, Senderovitz says.

These are important times in terms of European collaboration, the Danish regulator comments. On a macro level, the whole of the EU is being challenged, “amplified by Brexit”, and on a micro level, Brexit is causing a huge shift in dynamics and in the ability to deliver, he explains.

The HMA management group will meet in the Danish capital for a workshop on September 26-27. “I want to optimize the way we work as a management group and as a permanent secretariat,” Senderovitz says. “It will be novel. We’ll actually take time out of our calendars to get together [and discuss how best do that].”

In addition to Senderovitz, the HMA management group on the pharma side comprises the heads of the Irish, UK, Dutch and German healthcare product regulatory agencies respectively: Lorraine Nolan, Ian Hudson, Hugo Hurts, and Karl Broich.

Senderovitz had been a member of the management group for around two years before becoming chair earlier this year. Why did he want the post and what would he bring to it, thePink Sheetasked?

“I felt there was a need to further optimize the way the HMA as an institution, as a collaborative network, works,” he says.

The Danish agency head notes the complexity of the make-up of the EU medicines regulatory network. There’s the European Commission, the European Medicines Agency, “which depends so much on the expertise of the member states,” and the national competent authorities, “each of us with our national hat on if you may with different agendas, different priorities, different political set-ups and different cultures.”

Under the HMA network, the NCAs develop a common strategy. Its purposes include coordination, knowledge sharing and work-sharing on regulatory activities among the national authorities at the European level.

"There is a need to further optimize the way the HMA as an institution, as a collaborative network, works." – Thomas Senderovitz

It’s already “a rather well-functioning system”, but “there’s always room for improvement,” Senderovitz comments. “Continuous improvement and lean work processes are part of how I work,” he adds, noting that he introduced a complete lean transformation of the Danish Medicines Agency shortly after becoming director general there, in April 2016.

“I don’t want to go into detail here but I do think we run the risk of wanting to achieve too much and solve all the problems of the world and at the end of the day we might solve none. I’m exaggerating here but it’s the same for anyone working with a strategy… everything seems meaningful but possibly we don’t have the bandwidth to solve everything. We have to be very clear on how we achieve what we have to achieve and then on which other points [we will have to say] we can’t solve these, at least not in the form of HMA, as one organization.”

Senderovitz notes the huge shifts taking place in areas such as science and technology. It was, he accepted, a challenge for regulators to keep up with scientific advances such as CAR T-cell therapies and CRISPR gene editing technology. At the same time, he notes, there are other big, important themes that are not limited to innovations in science. These include availability of medicines across the European network, substandard and falsified medicines “which is increasingly challenging us,” and cybersecurity.

Senderovitz elaborated on the importance of cybersecurity in a statement after the interview. It is, he says, “potentially a big issue as digitalization in drug development is significantly increasing, and more and more medical devices will be connected to the internet with the coming of the Internet of Things (IoT). The latter is important for those of us, who also have the competent authority role for medical devices.”

“All of these things are basically growing exponentially and we want, we should be, we need to be not behind the game.” Wanting to be ahead of the game is, Senderovitz says, “a psychological component of mine.”

“I wanted to bring to the table [the idea that] we need to work very hard to find common ground amongst all the member states and to take care of this very important collaboration and make sure it’s ready for the future.”

"We want, we should be, we need to be not behind the game." – Thomas Senderovitz

These are some of the fundamental questions that national agency heads need to address, both at management group level and in plenary, says Senderovitz. “We need all the member states to engage and see the value in discussing these and moving in that direction.”

The EMA cannot solve it all by itself, Senderovitz says, particularly not now when it’s struggling to cope with the huge changes brought about by the UK’s decision to leave the EU. “We have to get this to work together,” he says. “I feel an obligation and I also feel a passion for it. That’s what led me to volunteer.”

Senderovitz’s mandate as chair of the HMA management group expires in May 2021, when his four-year stint as a member of the management board expires. It can be extended for a further two years “if there is no other candidate and I’m happy to continue,” which would take it to May 2023.

Senderovitz stresses the “completely voluntary and non-binding” nature of the HMA. There’s no formal obligation to work together but “we all think it’s very important we can act and speak on certain areas as one.” “In other situations, we can’t speak as one. It’s about finding the common ground,” he emphasizes.

Senderovitz has spent much of his career in the private sector, most recently with the global clinical research organisation and pharmaceutical industry services provider Parexel. At HMA level, he’s clear that more focus is needed. “If we have big strategies and fine thoughts, we need to be able to execute them. If we decide we want to go in a particular direction, we need to be able to deliver.”

“I’m not saying we’re going to ‘lever’ the HMA but we’re definitely going to be much clearer, more transparent and more focused.”

The HMA needs to be “as simple, focused, clear and efficient” as possible. It should have a cohesiveness that runs “from north to south and east to west so that we don’t have factions of countries feeling left out” and we need “more engagement with smaller countries.”

Senderovitz notes that while Denmark is a small country, it has a fairly large agency. “Even smaller countries with fewer resources should feel empowered and engaged as well. How do we do that?” “I don’t have all the answers but I for sure have questions.”

Turning to the question of stakeholders, Senderovitz, who until recently chaired the joint HMA/EMA Big Data Task Force, says an official stakeholder strategy is required. Among other things, he says, the HMA needs to be clear on who its key stakeholders are and on how best to engage with them.

“You can’t really work as a regulatory system if you don’t have deep, deep collaboration with and listen to stakeholders. I think we can do better.”

Those stakeholders, not least the pharmaceutical industry, will be watching closely.

This is the third in a series of articles from the interview Maureen Kenny conducted with Thomas Senderovitz in late August. See also:Brexit Likely To Force ‘Refocusing’ Of Ambitious EU Network Strategy and Big Data In Medicines Regulation Will Need ‘Considerable Change In Mindset’.