Last year, Christine Blazynski, Head of Innovation, reported on the clinical trial landscape for trials that completed during 2014, highlighting diseases that enjoyed success and the companies backing those trials.

As of February 11, 2016, Trialtrove reported a total of 3679 industry-sponsored Phase I through Phase III/IV trials that were terminated or completed during 2015 [2]. Of these, 3220 completed while 459 trials were terminated. Of the latter trial group, a mere 14 terminated due to early positive efficacy.

Highlights in this white paper include: 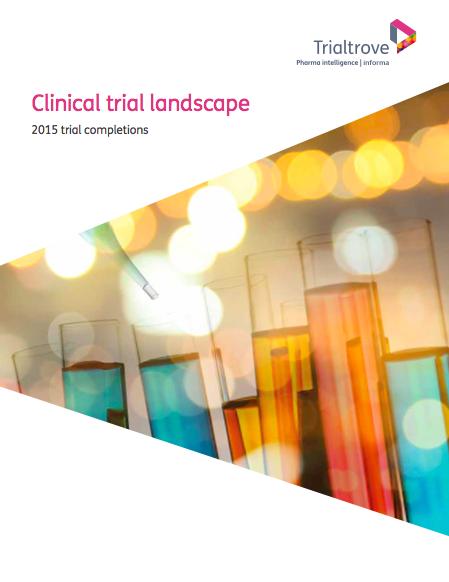