Ten clinical trial data readouts to watch for in the third quarter of 2017 that are expected to shift stocks and potentially change standard of care options in some disease areas. 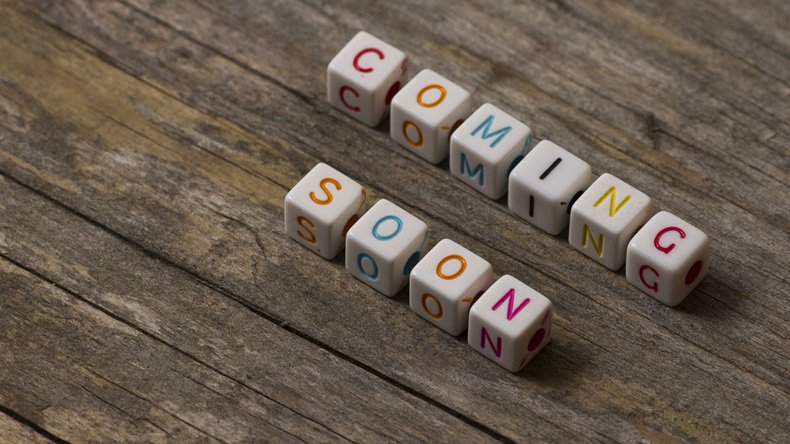 The third quarter of 2017 will see several pharmaceutical companies report critical Phase III data for novel drugs in Alzheimer's disease, epilepsy, immunology conditions and rare and genetic diseases. Also, in the coming weeks, AstraZeneca PLC will announce data for its programmed death-ligand 1 (PD-L1) inhibitor Imfinzi in NSCLC – critical results that will make or break the drug in the first-line treatment setting where it is already trailing behind its peers.

Analysts from Biomedtracker, in a new Q3 2017 OutlookReport, have outlined data and US regulatory catalysts for more than 20 drugs that are expected to occur in the third quarter. Scriphas selected the top 10 clinical trial data readouts expected between July and September that are likely to shake up treatment regimens and increase market competition.

Starting with one of the most anticipated clinical trial updates of the third quarter, in September AstraZeneca will report data from the Phase III MYSTIC study, which is testing the big pharma's PD-1 inhibitor Imfinzi(durvalumab) in first-line non-small cell lung cancer (NSCLC).

Although Imfinzi is already approved for the treatment of bladder cancer, in NSCLC AstraZeneca's drug trails the competing PD-1/PD-L1 inhibitors Opdivo (nivolumab; Bristol-Myers Squibb Co.), Keytruda(pembrolizumab; Merck & Co. Inc.), and Tecentriq (atezolizumab; Roche) – all of which have gained regulatory approvals in one or more NSCLC treatment setting.

Biomedtracker analysts flagged that "positive results from MYSTIC would allow Imfinzi to compete directly in the large first-line NSCLC market."

In May, AstraZeneca reported positive Phase III data for Imfinzi from its PACIFIC study, also in NSCLC but targeting locally advanced, stage 3 lung cancer. In contrast to competing immunotherapies that have initially targeted the second-line metastatic setting, Imfinzi’s potential as a sequential treatment in locally advanced patients could allow the drug to avoid direct competition with established PD-1/PD-L1 drugs. The positive data reported from the PACIFIC study were ahead of schedule and came as a surprise to the market. The results had not been expected before data from the MYSTIC trial, but a planned interim analysis found that PACIFIC has already met its primary endpoint of progression-free survival over placebo with a favorable safety profile. Based on the positive data, AstraZeneca is already working with regulators to gain swift approval of Imfinzi in stage 3 NSCLC. ( (Also see "AstraZeneca's Imfinzi Steals March Into Untapped IO Lung Cancer Territory" - Scrip, 12 May, 2017.))

MINDSET, which is being conducted pursuant to a Special Protocol Assessment (SPA) agreement with the US FDA, is testing intepirdine versus placebo when added to stable donepezil treatment in 1,315 patients. The study is expected to confirm positive results of a similarly designed, Phase II, 684-patient placebo-controlled study in which patients demonstrated significant improvements on the ADAS-cog and ADCS-ADL scales as compared to patients receiving donepezil alone.

Biomedtracker analysts noted that intepirdine is the leading pipeline candidate in the 5-HT6 receptor antagonist class, as earlier in 2017 a Phase III program for Lundbeck Inc. and Otsuka Pharmaceutical Co. Ltd.'s idalopirdine in mild to moderate Alzheimer's was suspended because the data did not demonstrate efficacy to support a regulatory submission.

Intepirdine is also being studied in the Phase II HEADWAY trial in dementia with Lewy bodies (DLB), a disease with about 1.1 million patients in the US alone and no approved drugs in the US or Europe. Data from this study are expected in the second half of this year.

SAGE Therapeutics Inc. is expected to report topline data from the pivotal Phase III STATUS trial of Brexanolone (allopregnanolone) intravenous (I.V.) injection in patients with super-refractory status epilepticus (SRSE) in the third quarter of 2017. The STATUS trial is being conducted under an SPA agreement with the FDA.

Status epilepticus (SE) is an acute medical emergency of persistent, unremitting seizure lasting more than five minutes. Patients with status epilepticus are considered super-refractory when they have failed to be weaned from third-line agents. There are approximately 150,000 cases of status epilepticus annually in the US, with around 25,000 of those cases progressing to SRSE; however, there are currently no FDA-approved treatments for this condition.

The primary endpoint of the STATUS trial is successful resolution of status epilepticus after weaning patients off all third-line anti-seizure agents and Brexanolone without recurrence of symptoms within 24 hours. The study aimed to enroll 126 patients.

In September,Zynerba Pharmaceuticals Inc. will report topline Phase II data for ZYN-002, a non-psychotropic, synthetic cannabinoid permeation-enhanced gel, in Fragile X syndrome-related anxiety and behavioral challenges. The Phase II trial tested the product, which is delivered via a transdermal patch, in children between the ages of 8-17 years.

The primary outcome measures of the Phase II study, which enrolled 16 patients, include changes in anxiety, depression and mood as measured by the ADAMS scale – a validated patient reported outcomes questionnaire.

Biomedtracker analysts said in their report, "Results from this study mark a potentially pivotal milestone for the progress of this therapy in an indication with no approved treatments and relatively few options in development." They added that these results also have the potential to verify the therapeutic effects of synthetic cannabinoid in this setting.

Fragile X syndrome, which occurs in approximately 1 in 4,000 males and 1 in 8,000 females, is a genetic condition that causes a range of developmental problems including learning disabilities and cognitive impairment.

Paratek Pharmaceuticals Inc. will release topline data later this month from a Phase III study of oral-only omadacycline, a novel antibiotic for skin and skin-structure infections.

The second randomized, double-blind, multi-center Phase III trial – due to report this month – is testing an oral-only dose of omadacycline in adults with moderate to severe ABSSSI, comparing the safety and efficacy of once-daily oral omadacycline to twice-daily oral linezolid.

Paratek expects that an NDA for omadacycline will be submitted to US regulators in the first half of 2018.

Carbavance (meropenem-vaborbactam), a combination of a marketed antibiotic Carbapenem and a boronate beta-lactamase inhibitor, is under development by The Medicines Co. for the treatment of various bacterial infections. Topline data from the Phase III TANGO 2 study of Carbavance use in serious infections are expected before the end of the third quarter.

Biomedtracker analysts noted that data from the previously reported TANGO 1 study of Carbavance in patients with cUTI and AP demonstrated non-inferiority to piperacillin-tazobactam (Pfizer Inc.'sZosyn).

Amicus Therapeutics Inc. will report Phase III data for Zorblisa (SD-101), a topical cream formulation of allantoin, in the third quarter. Amicus is developing this formulation of Zorblisa, which is used in other skin care products at a lower concentration not soluble enough to penetrate deeper skin levels, as a treatment for epidermolysis bullosa (EB).

Worldwide there are currently no approved treatments for EB, which covers a group of inherited bullous disorders characterized by the presence of extremely fragile skin and recurrent blister formation, resulting from minor mechanical friction or trauma.

Topline data from the Phase III ESSENCE study of Zorblisa in patients with three major types of EB (simplex, recessive dystrophic and junctional non-Herlitz) are expected between July and September. ESSENCE, which enrolled more than 160 patients, is investigating two co-primary endpoints: time to wound closure within 3 months will be analyzed first and, if significant, will be followed by the co-primary endpoint of proportion of patients with target wound closure at month 3.

Amicus believes that study success could potentially be based on achievement of one or both co-primary endpoints.

Biomedtracker analysts noted that data from the ESSENCE study represent a significant milestone in the development and potential approvability of Zorblisa for the treatment of EB.

"With no approved therapies and an estimated 1 in 30,000 to 50,000 people affected, there is a significant need for treatment options," analysts said.

Upadacitinib is a second-generation JAK kinase inhibitor that selectively binds Jak1 as opposed to non-specific Jak inhibitors, such as the already-approved Xeljanz (tofacitinib, Pfizer).

AbbVie's drug is currently being evaluated in multiple rheumatoid arthritis (RA) settings in the Phase III SELECT program. Topline results from the SELECT-BEYOND study of biologic-inadequate responders is expected in the summer of 2017.

The SELECT-COMPARE study is also ongoing, which will provide a head-to-head comparison with AbbVie's own RA therapy Humira (adalimumab).

The primary objective of the Phase III trials, called CHROMA and SPECTRI, is to demonstrate a reduction in the rate of GA disease progression. Top-line results from these studies are expected in the third quarter.

If the SPECTRI and CHROMA studies show promising efficacy and a manageable safety profile Roche will be well positioned for the submission of a biologics license application (BLA) to the FDA in 2018.

Alnylam expects topline results from the Phase III APOLLO trial of patisiran I.V. injection for the treatment of transthyretin (TTR)-mediated polyneuropathy (familial amyloidotic polyneuropathy-FAP) before the end of Sept. 2017.

Biomedtracker analysts have given patisiran a lower likelihood of approval rating compared with similar products at the same stage of development because Alnylam's related drug, revusiran, was suspended in a Phase III trial in Oct. 2016 following reports of new onset or worsening peripheral neuropathy in patients. That study, known as ENDEAVOUR, had been testing revusiran as a treatment for hereditary ATTR amyloidosis with cardiomyopathy.

However, Alnylam has previously highlighted that patisiran and revusiran, both of which are RNAi therapeutics, use different delivery techniques. Patisiran utilizes a lipid nanoparticle delivery whereas revusiran uses Standard Template Chemistry (STC) GalNAc delivery technology.

Biomedtracker analysts said their slightly lower likelihood of approval rating, of 61, for patisiran is "cautionary due to the mortality imbalance seen for related revusiran, since a number of polyneuropathy patients also have cardiomyopathy."

"Inotersen is expected to file this year, but has some safety issues of its own (thrombocytopenia and serious renal adverse events)," Biomedtracker analysts highlighted.