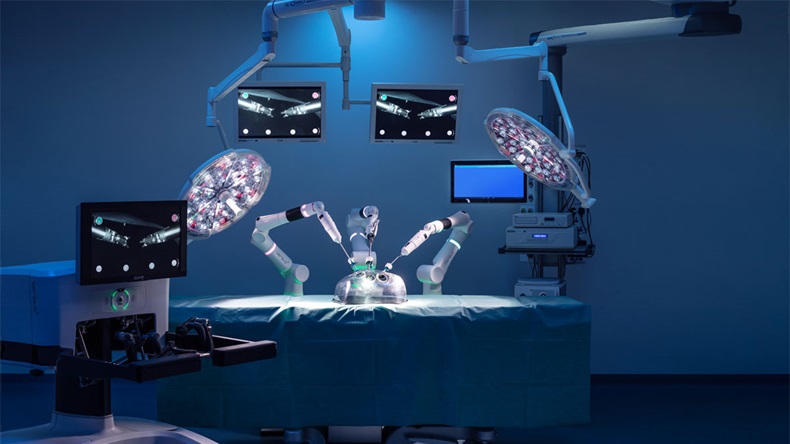 CMR Surgical Ltd. has debuted its new portable robotic system Versius, which is set to rival Intuitive Surgical Inc.’s market-leadingda Vincisystems. "Inspired by the human arm," the robot will be used in surgeries in Europe for the first-time next year.

Cambridge, UK-based CMR Surgical believe that the introduction of Versius will enable patients to receive affordable, minimal access surgery. The system has small, flexible robot arms which mimic the human arm and are controlled by a surgeon sitting at a console using two joysticks and 3D vision.

"Versius is easy to move between operating rooms and even hospitals, quick to set up and gives the surgical team easy access to the patient at all times," a company spokesperson told Medtech Insight. "CMR Surgical believes that the introduction of Versius will mean more patients are able to receive the benefits of minimal-access surgery, including faster recovery times, less pain and a reduced risk of infection and scarring."

Earlier this year, CMR Surgical raised $100m in series B financing - over twice the size of its previous round and the biggest medical device private equity raise in Europe ever, according to the company. The proceeds are being used to complete validation studies for regulatory approval processes in Europe.

Versius is set to be used in hospitals in Europe in the next year, with wider international expansion shortly afterwards.

Intuitive Surgical - the current market leaders in the field of robotic surgery - is facing growing competition as key patents for the da Vinci system recently expiring. In addition to CMR Surgical, Intuitive Surgical has has Google and Johnson & Johnson hot on its heels. The companies' joint-venture, Verb Surgical, is aiming to launch a surgical robot in 2020 that can connect to the internet and learn from others. Medtronic PLC also has a surgical robot due to launch in 2019. (Also see "Exec Chat: How Verb Surgical Will Deliver On Surgery 4.0" - Medtech Insight, 14 Nov, 2017.)

"CMR Surgical believes that there is great potential for greater uptake of surgical robotics and that there is space for multiple robots to play a role in the market," said CMR Surgical. "Today, about 12 million surgical procedures are performed every year. Half of them are done with minimal access surgery, and the vast majority of the other half should be but are not. And among the six million procedures that are done with keyhole surgery, only around 10% are done robotically."