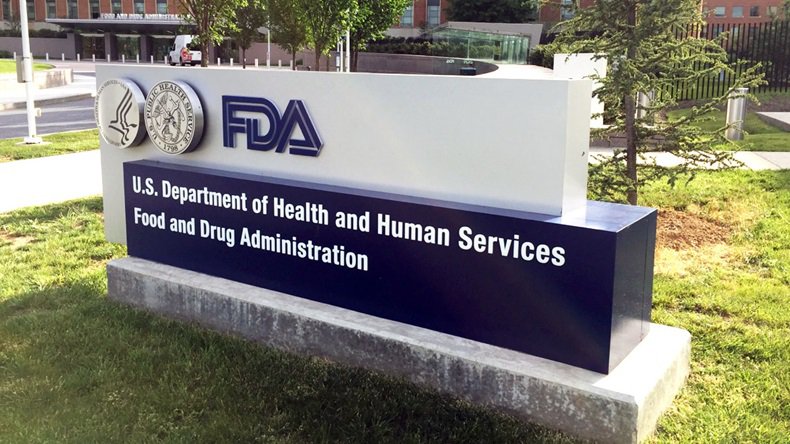 US licensure of Coherus BioSciences Inc.’s pegfilgrastim biosimilar is likely to be delayed at least a year following FDA’s request that the company reanalyze clinical immunogenicity data with a new, more sensitive assay.

Coherus said the letter primarily focused on FDA’s request for a reanalysis of a subset of samples from a clinical immunogenicity study with a revised assay. The agency also requested additional manufacturing-related process information.

“FDA did not request a clinical study to be performed in oncology patients,” the company said in a press release. Additionally, the letter “does not indicate additional process qualification lots would be required or raise concerns over the GMP status of CHS-1701 bulk manufacturing and fill-finish vendors.”

During a same-day conference call, Coherus execs said they would seek a meeting with FDA to discuss the complete response letter. They predicted that the company would resubmit the application in about six months, with the FDA review taking up to another six months, meaning that approval would be unlikely before June 2018.

The primary objective was comparison of immunogenicity based on the development of neutralizing antibodies and the percent difference in anti-drug antibody (ADA) response. The company has previously announced the study met both prespecified endpoints: no neutralizing antibodies were detected in either group, and the percent difference in ADA response met the prespecified success criteria for biosimilarity.

Dennis Lanfear, Coherus’ chairman and CEO, said FDA requested reanalysis of a subset of samples from the ’04 study with a revised, more highly sensitive assay to confirm the robustness of the results.

FDA’s letter described the parameters for the new assay, Lanfear said. “They were very specific and said, ‘We would like an assay that performs like this.’ … That is more refined and, I'd say, more optimized than the assay that we currently had in place.”

“We will go ahead and we will begin our efforts to develop the assay – or refine the existing assays to the degree that they meet these new requirements,” he said.

… But No Call For Cancer Patient Study

Responding to an analyst’s question, Lanfear said the assay issue was unrelated to the company’s decision not to perform an efficacy or immunogenicity study in oncology patients.

Coherus’ development strategy was the focus of an April citizen petition by Apotex Inc., which like Coherus has been stalled in its bid to bring a Neulasta biosimilar to market. Apotex said FDA should require that pegfilgrastim biosimilar sponsors conduct comparative efficacy or immunogenicity studies in the intended patient population because studies conducted only in healthy volunteers are not sufficient to show clinically meaningful differences from the reference product. (Also see "Apotex Moves To Block Coherus' Neulasta Biosimilar; Asks FDA To Require Patient Studies" - Pink Sheet, 1 May, 2017.)

Coherus has asserted that Apotex misunderstands the role of clinical studies in biosimilar development and erroneously concludes that a specific type of clinical study is or is not required for licensure. (Also see "Can Biosimilar Studies Be Conducted Solely In Healthy Volunteers?" - Pink Sheet, 16 May, 2017.)

Lanfear said the agency did not raise any issues about Coherus’ pharmacokinetic/pharmacodynamic study (CHS-1701-05), conducted in 122 healthy subjects, “nor did the FDA ask us for an oncology study in patients.”

While the agency has not asked for a random sampling of subjects in the ’04 study, Lanfear declined to disclose details about the subset of subject samples that will be reanalyzed “because the particular strategy that the company deployed in terms of the immunogenicity study is proprietary. And we have not previously disclosed such publicly, and we believe that this is a competitive advantage for the company. … There is a particular schema and approach that is used with that study, which employs a variety of assays.”

Turning to the other issue raised in the complete response letter, Lanfear said FDA requested “additional information regarding manufacturing procedures, release testing and other such details. We would categorize these requests as standard and consistent with expectations at this point in the review. These requests for detailed report summaries appear to us to be fully addressable with our existing data and experience.”

However, the timing of the company’s resubmission will depend upon the immunogenicity assay development and retesting, not the response on manufacturing issues, Lanfear said.

Industry 0-For-3 On Neulasta Biosimilars

The complete response letter should not come as a surprise to anyone who has followed FDA’s implementation of the biosimilar regulatory pathway.

FDA has said it would take the first biosimilar to a specific reference product to an advisory committee before approval. It has held true to this practice for all four of the first-in-class biosimilars approved to date. The fifth US-approved biosimilar, Samsung Bioepis Co. Ltd./Merck & Co. Inc.’s Renflexis (infliximab-abda), which is the second copy of Janssen Biotech Inc.’s Remicade(infliximab), skipped an advisory committee visit. (Also see "Samsung’s Renflexis: Second US Biosimilar To Janssen’s Remicade, With A Few Firsts" - Pink Sheet, 22 Apr, 2017.)

Apotex’s application, which had a user fee date in 2015, is understood to have received a complete response letter even though the company has never confirmed the letter or disclosed any details about a resubmission. (Also see "FDA Met Biosimilar Review Timelines But Missed Meeting Goals In 2015" - Pink Sheet, 25 Apr, 2016.) “Our file continues to be reviewed by the FDA,” an Apotex spokesperson said.

Mylan NV and Biocon Ltd. will be the next biosimilar applicants to take a shot on the Neulasta goal; the partners’ application for MYL-1401H was submitted in December and has an October use fee deadline.

In the analysts call, Lanfear was asked why pegfilgrastim has been such a tough nut to crack in terms of bringing a biosimilar to market, and whether the challenges have resulted from product’s extended half-life and pegylation, which differentiate it from its predecessor agent.

Amgen’s Neupogen (filgrastim) is the reference product for the first approved biosimilar in the US, Sandoz’s Zarxio (filgrastim-sndz). The Supreme Court’s June 12 decision in a closely watched case involving Zarxio could reshape how biosimilar applicants approach patent disputes and product launches.

Lanfear suggested two reasons why Neulasta biosimilar development has proven challenging: variation in terms of pharmacokinetics, and the presence of polyethylene glycol in other products.

“The clinical biology of this product makes it probably one of the more difficult biosimilars to advance,” Lanfear said. “Typically, what you've seen with this molecule is high degree of variation with the patients in terms of the pharmacokinetic issues.”

In addition, the compound’s polyethylene glycol tail “has its own potential immunogenicity issues … because there is endogenous peg antibodies flowing all through the population.”

Given the presence of polyethylene glycol in toothpastes, body lotions and other products, people tend to become sensitized, Lanfear said. This is “probably a complicating factor in terms of parsing through immunogenicity of pegfilgrastim molecules, which you don't get with a simple, straightforward sequence molecule like filgrastim.”

While simplicity has eluded filgrastim biosimilars so far, the first successful applicant will likely find itself not only enjoying a lucrative market, but a lot of regulatory knowledge that could be applied to other more complicated biologics as well.