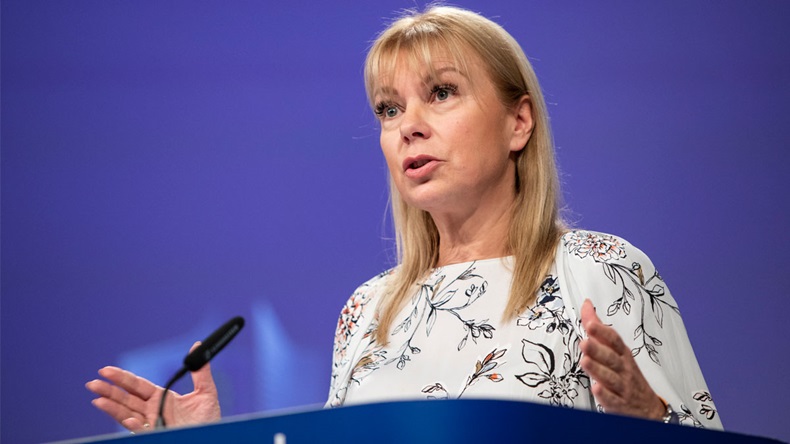 ELŻBIETA BIEŃKOWSKA AT AN EVENT EARLIER THIS YEAR.

"We are on track" to implement the new Medical Device and IVD Regulations on time.

That's what Elżbieta Bieńkowska, commissioner for internal market, industry, entrepreneurship and SMEs, told Members of the European Parliament  (MEPs) when she addressed them in Strasbourg, France, on Oct. 25. "There are no deviations from the requirements and deadlines established by Parliament and the Council," she claimed.

But MEPs were not convinced by the optimism with which their questions, put forward to the European Commission in July 2018, were met.

Elżbieta Bieńkowska said with regard to the new regulations:

On Brexit, she said:

They found it difficult to believe what she was saying in terms of the readiness of the medtech sector and the nature of the preparations taken for the timely and successful implementation of the MDR and IVDR. In particular, they expressed concerns about the impact of Brexit on UK notified bodies and access to products across Europe.

Certainly, the statements made by Bieńkowska contrast sharply with what medtech companies and notified bodies are saying about current barriers to being able to conform to the new regulations on time. Although her suggestion that some notified bodies may be designated against the new regulations before the end of the year will be welcomed. (See box, "Commissioner's Assurances.")

Mairead McGuinness, who knows the subject intimately as the shadow rapporteur at the European Parliament for the Medical Devices Regulation when it was originally being debated, was among those who pushed back during the Oct. 25 session.

"I applaud your optimism," McGuiness, an Irish politician and member of the European People's Party, told the commissioner. But she disputed Bieńkowska's claims of "being on track," that "there's no delay" and that "there are no alarm bells."

"That is not what we are hearing," said McGuinness, who opened the debate. "I am raising concerns that I am hearing from regulators, from patient groups and from industry about whether we can implement in full and on time."

McGuinness said it was not her goal to raise alarm bells and, despite industry's call for a delay in the implementation of the new regulations, she believes that would be a "really bad signal to our citizens."

Her goal, she said, is to make sure that the EU will implement the regulations "in full and on time."

Midway through the debate, McGuinness called on Bieńkowska to "come back to some of those questions," she asserted, "and give me more assurances that we are on track and that there are no delays."

The commissioner was not phased. "First, many of you said that I am optimistic and calm," she said. "I would rather put it in other words: Iʼm realistic and confident. It does not mean that we are not monitoring proactively everything that is going on, that we are not watching the process. But, for now ... we are on track and in the timeline, and this is the most important thing."

She also added that with the MDR and IVDR, EU citizens "will receive the most reliable, the most innovative and the safest health care in the world."

Bieńkowska was also challenged during the debate by Michele Rivasi, member of the Group of Greens/European Free Alliance. Rivasi was calling for a centralized notified body system overseen by the European Commission. He said, "I think there is going to be a health-care scandal relating to medical devices."

Rivasi referred to an internal European Commission report that he says shows that there are "recurrent and persistent problems with the way in which notified bodies operate, and their ability to meet the conditions laid out in the directives in terms of lack of independence, impartiality of staff, insufficient evidence of the quality of personnel, and their aptitude for specific conformity assessment functions."

It is not clear which report he refers to, but Rivasi's comments seem to be made in the context of the current EU device directives and not in the context of how these issues are being addressed through the new regulations.

Nevertheless, the sector is likely to be on edge when it comes to warnings about a health-care scandal in the wake of enhanced attention from the International Consortium of Investigative Journalists (ICIJ). (Also see "Investigative Press Flocks To EU Medtech Regulatory Conference: But Why?" - Medtech Insight, 25 Oct, 2018.) This is a group of journalists behind the Paradise Papers investigation into offshore activities of some of the world's most powerful people and companies.

The latest indications, still to be confirmed, suggest there may be a relevant broadcast in Italy on Nov. 12 by Radiotelevisione Italiana (RAI), the national public broadcasting company owned by the state.