Before Congress de-scheduled hemp at end of 2018 and forced agency's hand on considering lawful use of ingredients derived from the plant in supplements and food, the floodgate for sales of the products was opened in 2013 by a DoJ policy change to de-emphasize enforcement of most federal marijuana laws. 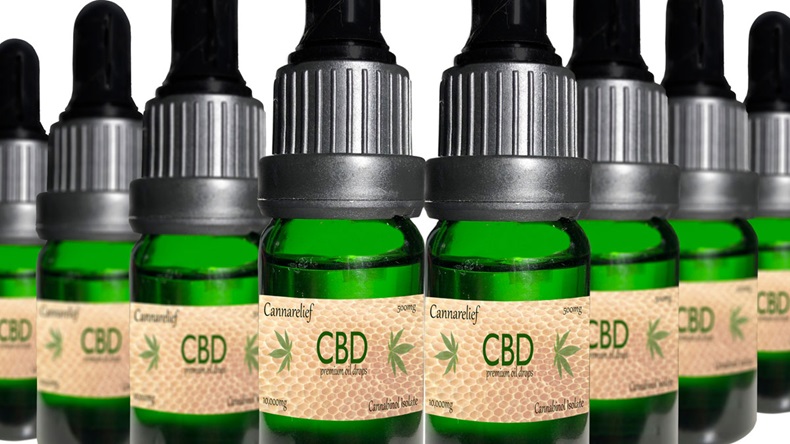 The deck already was stacked against the US Food and Drug Administration when Congress de-scheduled hemp at the end of 2018 and forced the agency's hand on considering making lawful the use of ingredients derived from the plant in dietary supplements and food.

Sales of supplements and food containing hemp-derived cannabidiols ignited in 2013 when the Department of Justice, through a memorandum by a deputy attorney general, directed federal agencies to de-emphasize enforcement of most federal marijuana laws because states had begun legalizing sales and adult use of cannabis.

"The reason it's booming in the US is because of enforcement decisions by the DoJ," said William Garvin, an attorney with Buchanan Ingersoll & Rooney PC in Washington, during a presentation at the Food and Drug Law Institute's hemp and cannabis regulation conference on 18 November.

And even though former Attorney General Jeff Sessions rescinded the Cole memo in 2017 to restore federal regulation of hemp and cannabis under existing laws, FDA wasn't spurred to crack down on CBD-containing non-drug products subject to its oversight. Instead, the agency established that it would enforce against firms making disease claims for CBD food and supplements or marketing the products with potentially dangerous intended uses.

"By that time, the toothpaste was already out of the tube," said Sharon Mayl, senior advisor for policy in the FDA commissioner's office.

In April 2018, the FDA opened a docket – FDA-2019-N-1482 – to consider allowing the use of hemp- and cannabis-derived ingredients in non-drug products. It already was practicing a policy of enforcing only against marketers that used drug claims for non-drug hemp and CBD products or weren't otherwise in compliance with supplement manufacturing and marketing regulations. A progress on its consideration is expected before the end of 2019. (Also see "FDA Opens CBD Regulatory Path Docket, Warns Firms On Claims Missteps" - HBW Insight, 2 Apr, 2019.)

Public Health Guides Enforcement
Mayl noted that the FDA, sometimes jointly with the Federal Trade Commission, has warned numerous firms about disease claims for CBD-containing non-drug products. "We always take enforcement action when we see a public health problem," she told HBW Insight following her remarks as keynote speaker at the FDLI event in Washington.

One of those she mentioned in her presentation was a firm marketing CBD-infused oil as a teething remedy for infants. (Also see "CBD Products For Children Could Connect The Dots To FDA's Problem For Congress" - HBW Insight, 22 Oct, 2019.)

"They were specifically saying, give this to your baby for teething. That alarmed a lot of people at FDA," Mayl said.

The agency continues monitoring the burgeoning market for CBD-containing supplements and food as it also considers potential regulatory pathways to make lawful the use of the ingredient in those products. The 2018 farm bill Congress passed in December 2018 de-scheduled hemp under the Controlled Substances Act to promote its growth as an agricultural commodity and allow wider research, but also preserved the FDA's authority to regulate products containing hemp-derived ingredients subject to its oversight.

That stipulation meant that since the agency deemed CBD and other hemp- or cannabis-derived substances unlawful for use in non-drug products, all commercially available supplement and food products with any of the ingredients remained noncompliant. (Also see "FDA To Consider Regulatory Shift Making Cannabis Ingredients Officially Eligible For Use In Dietary Supplements" - HBW Insight, 28 Dec, 2018.)

"It is kind of complicated," Mayl said of the FDA'a oversight approach for CBD-containing supplements and food.

The current attorney general, William Barr, apparently has rescinded Session's directive and returned federal regulation of hemp and cannabis more in line with the Cole memo.

"They aren't saying they are. They don’t want to admit it, but I think that's where we are," Garvin said.

Hemp Lobby's 'Huge Legislative Fix'
What's clear is the hemp industry's role in establishing a growing market for ingredients derived from the plant, said Garvin. "This is interesting because you see how powerful the hemp lobby, especially the CBD lobby, is," he said.

Even before the 2018 farm bill de-scheduled hemp, the lobby had an influential role in the previous five-year reauthorization for Department of Agriculture programs that Congress passed in 2014. It allowed states to designate hemp projects for research and development, including marketing. Like the 2018 farm bill, the hemp provision in the previous bill was authored by Senate majority leader Mitch McConnell.

The Kentucky Republican's hemp research and production language was included in the version the Senate passed, but no similar language made the House version. Still, there was little chance the Senate members of the farm bill conference committee would leave McConnell's hemp provision out of the negotiated bill that members would ask their respective chambers to consider.

"They needed specific fixes to solve the Controlled Substances Act and they were able to get that through legislation. They carve out hemp, and made sure that all the extracts including CBD were outside the Controlled Substances Act. They got a huge legislative fix, which is a very heavy lift in any Congress, but you see how much power the hemp and the CBD lobby has," Garvin said.

Passage of legislation removing hemp from the list of controlled substances isn't the end of hemp and CBD firms' regulatory concerns, though. In addition to the FDA's ongoing consideration of a legal pathway for use of hemp- and cannabis-derived ingredients in non-drug products, the USDA has published an interim final rule of regulations establishing a domestic hemp production program. As an IFR, it became effected immediately upon publication in the Federal Register on 31 October. The agency is accepting comments on the IFR through 30 December.