FDA Works To Encourage Office-Use Compounding In Advance Of Legislation

FDA looks to carve out a place for office-use compounding within Section 503B, the new framework created after deadly fungal contamination of products, while industry supports efforts in Congress to allow it under the traditional Section 503A. 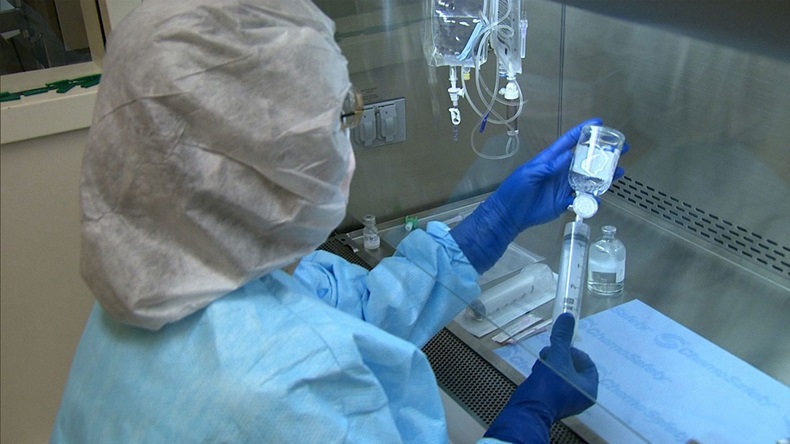 FDA and Congress are working on separate approaches to facilitating local compounding of physician office stocks in advance of receiving prescriptions, which Title I of the November 2013 Drug Quality and Security Act made more difficult.

DQSA clarified that traditional compounding pharmacies regulated under Section 503A of the Food, Drug and Cosmetic Act are state regulated and may compound only upon receipt of prescriptions. The legislation also established Section 503B outsourcing facilities, which can compound in advance of receiving prescriptions, but must comply with federal current good manufacturing practice requirements.

The new 503B category was created to more closely regulate pharmacies that compounded large volumes of product in multiple states. Fungal contamination from one such operation, the New England Compounding Center in Framingham, Mass., killed dozens of people and sickened hundreds in late 2012, leading to passage of the legislation a year later.

Industry complains that the new regulatory scheme has choked off an important aspect of pharmacy compounding, the traditional practice of stocking local physicians' offices with small amounts of commonly prescribed medications.

FDA is looking to carve out a place for office-use compounding within Section 503B, while industry is supporting efforts in Congress to allow it in Section 503A.

FDA says office-use compounding is a form of drug distribution, which is allowed for outsourcers registered under Section 503B but not for traditional 503A pharmacies. Industry views it differently, with one industry group saying it's a way of providing compounded medications to prescribers for administration to patients.

The distinction between "distributing" and "providing" is more than a matter of semantics: drug GMP requirements apply to drug distribution, but not to providers.

Gottlieb stressed that "as a physician, I understand how important it is for health care providers to have access to compounded drugs when the needs of their patients cannot be met by FDA-approved drugs."

At the same time, he noted, patients must be protected from quality issues that have occurred with compounded drugs such as microbiological contamination and super-potency.

Gottlieb described an ongoing effort at the agency "to help more compounders register as outsourcing facilities -- by continuing to streamline the process and appropriately calibrate the regulatory burden of operating as an outsourcing facility."

"Our ultimate goal," he explained, "is to make it more feasible for compounding pharmacies to register as outsourcing facilities, enabling them to grow their businesses under a legally approved framework, and increase access to better quality compounded drugs in the process."

So far, 75 compounders have registered as outsourcers.

In her remarks, Abram said the agency "intends to further enhance our risk-based inspection model to prioritize inspections of compounding pharmacies that operate on a larger scale and ship compounded drugs across multiple state lines."

Abram said FDA is working to complete final cGMP guidance for outsourcing facilities "in coming months." The agency recognizes, she said, "that our approach to cGMPs cannot be a one-size-fits-all, but instead, risk-based and carefully tailored to the activities these entities engage in."

She said the agency is carefully considering comments on the July 2014 draft, including requests to provide outsourcing facilities additional flexibilities.

IACP Calls For 503A Office Compounding

An industry group, the International Academy of Compounding Pharmacists, argues that when Congress passed DQSA, its intent was to let Section 503A pharmacies compound small amounts of medications for local prescribers where allowed under state law.

IACP says only pharmacies that do sterile compounding can register as 503B outsourcers, which leaves purely non-sterile compounders unable to compound for prescribers. Additionally, 503B outsourcing facilities often cannot compound small amounts for local prescribers. "This becomes detrimental for patients living in rural areas especially in times of shortages," IACP told the Pink Sheet.

In support of its assertion that Congress intended to allow state-regulated 503A office-use compounding, the group points to statements members of both parties from both chambers of Congress made for the record when they passed DQSA.

Additionally, there was language in subsequent House and Senate FDA appropriations reports supporting 503A office-use compounding where allowed by state law, IACP said.

The group asserts that Congress has since affirmed this position in "countless actions," including letters, hearings and questions for the record. For example, 65 members signed a letter that Reps. Chris Stewart, R-Utah, and Buddy Carter, R-Ga., sent Gottlieb in May, objecting to the position FDA took in December 2016 guidance that state-licensed pharmacies can't do office-use compounding.

Reps. Morgan Griffith, R-Va., and Henry Cuellar, D-Texas, introduced legislation IACP supports in June that would amend the FD&C Act to state that 503A pharmacies can do office-use compounding when authorized by state law.

HR 2871 was referred to the House Energy and Commerce subcommittee on health and has since collected an additional 29 cosponsors.

IACP wouldn't discuss legislative strategy. However, it is often the case that narrowly crafted bills like this one don't get far unless members succeed in attaching them to major or must-pass legislation like the FDA appropriations bill Congress recently passed or the healthcare bill it just scuttled.