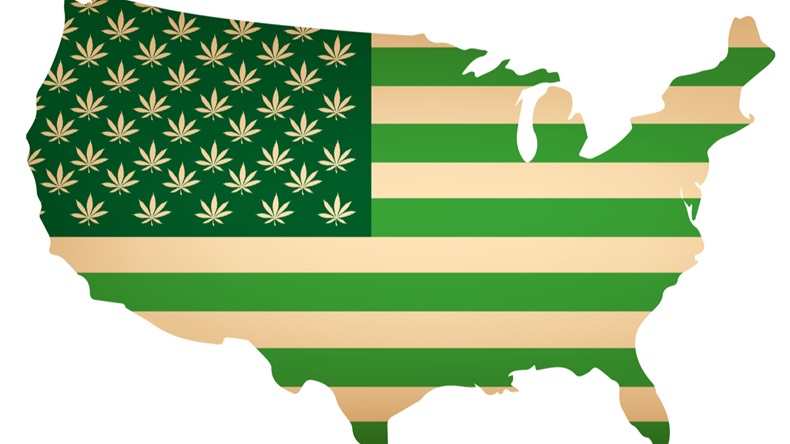 Solutions to the US Food and Drug Administration's separate, but related problems with cannabinoids used as dietary ingredients and with the dietary supplement industry's regulatory compliance should come in the same legislation, suggest former senior agency official Joshua Sharfstein and public health researcher Pieter Cohen.

Meanwhile, an executive with a pharma firm marketing the only cannabis-derived ingredient approved by the FDA says the agency should reign in the "unfettered" production and sales of food and supplements containing cannabidiol, hemp or other cannabis-based substances to prevent potential harm to consumers. "Right now, it's sort of wild-West-like and you get variability," said Stephen Schultz, investor relations vice president for GW Pharmaceuticals PLC, at a recent investor conference.

Sharfstein, formerly principal deputy commissioner at the FDA, and Cohen, of the Cambridge Health Alliance at Harvard Medical School, discuss the agency's problems with regulating the burgeoning market for CBD-containing food and supplements and the vitamin, mineral and supplement product market overall in a perspective piece published 12 June by the New England Journal of Medicine. The FDA currently deems cannabis-derived ingredients unlawful for use in non-drug products under its oversight, but is allowing sales of hemp- and CBD-containing food, supplements, cosmetics and animal care products that are not marketed with violative claims.

The FDA, the industry, states and consumers "seem to be headed toward a confusing, uneven, and potentially risky market in CBD products. This situation creates an opportunity for Congress to take action," wrote Sharfstein and Cohen, both physicians.

Sharfstein, now a public health professor and vice dean for public health practice and community engagement at Johns Hopkins University, and Cohen, who also practices at Somerville, MA, Hospital Primary Care, have been critical of the FDA's regulatory oversight of VMS product manufacturing and marketing. More effective enforcement, and additional requirements for manufacturers and marketers, are needed to prevent unsafe supplement products, particularly those spiked with drugs, from reaching the market, they say.

"This situation creates an opportunity for Congress to take action." – Joshua Sharfstein and Pieter Cohen in NEJM

The emergence of the CBD problem creates an opportunity for the FDA, with the help of Congress, to impose more effective regulation of the industry and also establish a regulatory pathway for allowing the use of ingredients derived from hemp and cannabis in food and supplements.

"A new CBD law could require the FDA to strengthen its approach to safety requirements for new dietary ingredients, prohibit the risky practice of concentrating ingredients in supplements at levels much higher than those traditionally found in food or botanicals, and create an effective mandatory product listing for all dietary supplements. A listing requirement is especially important in cases of newly introduced substances, such as CBD, for which safety issues may not be fully understood until there is broader public exposure," Cohen and Sharfstein wrote.

The FDA, in addition to considering its CBD options – docket FDA-2019-N-1482, already is considering changes to its regulatory framework that would bring VMS product manufacturing and marketing under tighter control. Key areas are NDI compliance, requiring registration of all products offered for sale in the country and whether the “generally recognized as safe” process for food additives is viable for also clearing dietary ingredients. (Also see "'Innovation' Meeting Shows FDA-Industry Gap On NDI Guidance Details Remains " - HBW Insight, 20 May, 2019.)

A provider of software for regulatory compliance with the FDA's manufacturing regulations, InstantGMP Inc., is sponsoring the 2019 Greenfield Grant for a firm in the cannabis, CBD, and hemp markets.

The Greenfield Grant was created to help startups grow their brands by improving their operational management, production scalability, traceability, product quality, batch consistency and compliance. Eligibility forms on the InstantGMP websie should be completed before grant applications are submitted.

The grant includes all-in-one manufacturing and quality software InstantGMP TNT for cannabis or PRO for CBD and hemp producers, infusers and extractors; either the California Cannabis set or Full PRO set of standard operating procedures based on the winner's location; and 200 hours of software training, consulting, and hands-on project management, as well as software roll-out

The 2018 grant winner was Dollar Dose, manufacturer of THC-infused lozenges recently ranked by Leafly in the top 6 for edibles under $5.

Sharfstein and Cohen point out companies convene their own experts, determine a substance is GRAS and use it in food "before the FDA was even aware of what was happening."

"What’s possible, then, is a deal. Congress could remove one major barrier to marketing low doses of CBD in dietary supplements and foods, while closing long-standing gaps in oversight of these products," they said.

Sharfstein and Cohen also point out that concentration levels for CBD and other cannabinoids used in food and supplements would be difficult to determine in legislation. "These decisions should be made by the FDA, the scientific agency whose job it is to protect the public from unacceptable risks."

Instead, members of Congress should support legislation that waives the prohibition, under current FDA regulations, against using cannabis-derived substances in non-drug products due to their study and approval and creates pathways for adding low-dose CBD and other substances to food and supplements.

Former FDA Commissioner Scott Gottlieb told House and Senate appropriations committee members in March that legislation, rather than an agency rulemaking, could be the most efficient method for opening pathways for using CBD in supplements. The legislation, Gottlieb suggested, could differentiate between ingredient concentration levels allowed in those products and levels approved for drugs. ( (Also see "FDA Clearing CBD As Dietary Ingredient? Legislation More Likely Than Rulemaking" - HBW Insight, 2 Apr, 2019.))

At the Goldman Sachs Global Healthcare Conference on June 11, GW Pharma's Schultz said the current absence of regulatory control over the concentration of CBD used as food additives or dietary ingredients should make imposing regulation urgent, with separate "lanes" for different types of products subject to FDA oversight.

"You have products that are being sold that are not very well characterized in terms of what's in them, and that's a challenge. And I think that FDA is going to try to tackle that challenge," he said during a presentation at the conference in Rancho Palos Verdes, CA.

"We believe that the driving lanes should include a FDA-approved pharmaceutical option that can make medical claims based on the scientific evidence. And the driving lanes may include also a nutraceutical category that may or may not have restrictions in dose or in concentration."

Discussing FDA's 31 May public hearing on the use of cannabis-derived substances in regulated products, Schultz said it's clear that other than GW Pharma's Epidiolex, no other CBD-containing product available to US consumers is supported by scientific evidence for safety and efficacy. An executive with the UK firm's subsidiary, Greenwich Biosciences Inc., spoke at the hearing, explaining that GW Pharma conducted clinical trials with CBD and produced a comprehensive profile of its safety as part of its new drug application for Epidiolex (purified cannabidiol), an oral solution for treatment of syndromes of rare forms of pediatric epilepsy. (Also see "FDA Road To Decision On Expanding CBD Uses Starts With Weighing Impact On Existing And Future Use As Drug " - HBW Insight, 2 Jun, 2019.)

"I think what overall you heard in that day of presentations was that there is just very little evidence at all right now as to CBD effectiveness and scientific evidence and that really Epidiolex and GW were consistently referred to as about really the only clinical evidence out there," Schultz said.

GW Pharma's research, he added, also shows a high bar for the FDA to clear any CBD-containing product under its oversight.

"We know through our scientific studies that there are side effects. There are drug-drug interactions that the patients and the physicians especially should be aware of as they're utilizing this medicine. … I think the FDA is keenly aware of a need to develop those driving lanes," Schultz said.

The FDA, in a 13 June statement, described the public hearing as a productive step in a complicated process.

Principal Deputy Commissioner Amy Abernethy and Principal Associate Commissioner for Policy Lowell Schiller, both among the 12 agency senior officials on the hearing panel, reiterated the FDA's position that substances derived from cannabis are regulated just as any other substance subject to its oversight. The agency faces "important and challenging questions of regulatory policy and public health" when considering opening regulatory pathways to allow cannabis-derived ingredients in food, supplements and other non-drug products, they said in the statement.

"The Agency benefitted from the myriad of viewpoints expressed and information shared during the recent public hearing, including new scientific data, and we look forward to reviewing written comments submitted to the open public docket," Abernethy and Schiller said.

The "many unanswered questions about CBD products outside the approved drug context" include:

"These and other questions need to be considered if there is interest in exploring a framework under which CBD might be available more widely," the FDA officials said.