As the death toll rises in China and new cases emerge in other countries, researchers are aiming to slash development times to generate a vaccine against the 2019-nCoV coronavirus. 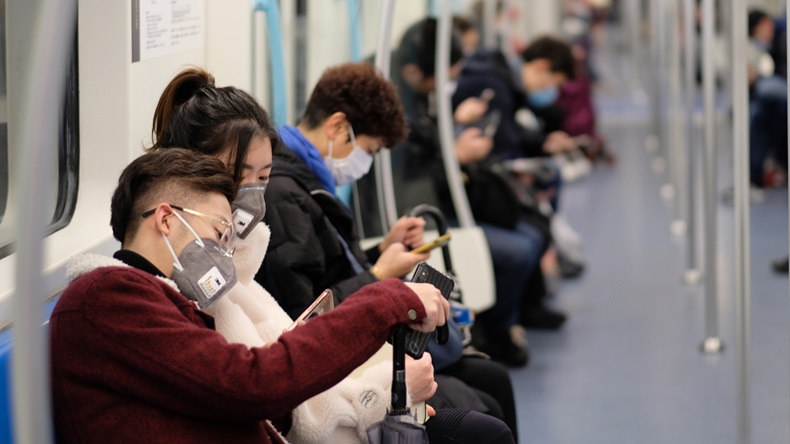 Johnson & Johnson’s Janssen division and a parallel effort led by new public-private coalition which have been fastest to respond.

J&J’s chief scientific officer and infectious disease veteran Paul Stoffels has declared that the company can develop a vaccine and make it available at scale within 8-12 months.

“We are comfortable that we can create a vaccine and scale it up,” Stoffels told CNBC on 27 January.

“We have done this in Ebola in six months from having a construct virus to scaling it up and bringing to humans. With Zika we’ve done that in 12 months where we did not have the virus and we had to start from scratch. Here we are in the same situation as Zika, we had to start from a sequence.”

Studying this sequence is the first step towards developing diagnostic tests and preparing a vaccine. The vaccine must target the parts of the antigenic virus which will not mutate and which are likely to cause a protective response in humans.

Janssen has made its commitment without securing any public-private partnerships to assist in the manufacture and distribution of any potential new vaccine, though such alliances are essential once a vaccine is ready for broad use.

At the same time, the Coalition for Epidemic Preparedness Innovations (CEPI) is also looking to respond in record time to the virus. CEPI is a public-private partnership set up in 2017 specifically to co-ordinate the response to new virus threats, and 2019-nCoV will be its first test.

The sector’s biggest vaccines companies, GSK, Sanofi, Merck & Co and Pfizer, have not made any commitments as yet to developing a vaccine candidate, though Sanofi told Scrip that it would continue to share its expertise via CEPI’s scientific advisory committee.

The companies are likely to be wary of the considerable commitment needed to develop a vaccine under intense time pressure – not just in meeting the technical challenges, but also because if the threat from 2019-nCoV recedes, a vaccine product will not stand a chance of earning back its R&D investment.

Existing development timelines can be seen in the response to the Ebola and Zika virus outbreaks of recent years.

It has taken six years since the 2014 outbreak of Ebola in West Africa for the first vaccine to gain US FDA approval - Merck’s Ervebo (Ebola Zaire Vaccine, Live). Its development was only possible because of a multi-stakeholder partnership: the vaccine was designed by Canada’s National Microbiology Laboratory, with funding provided by the US government’s Biomedical Advanced Research and Development Authority (BARDA) and developed by Merck’s scientists.

J&J also recently submitted its candidate to the European Medicines Agency, and late last year committed to donating up to 500,000 vaccine regimens to a new clinical study in the Democratic Republic of Congo.

Its research is being led from Leiden in the Netherlands, co-ordinating a global infectious diseases and vaccines team spanning Leiden, Beerse and Brussels in Belgium and South San Francisco in the US.

In addition to the team developing multiple vaccine candidates, another is constructing an animal model in which to test these candidates, and a third scaling up production capacity for if and when an active vaccine is discovered.

Stoffels said that the company was confident that its next-generation manufacturing processes, including its AdVac adenovirus vector platform, would allow it to produce up to 300m doses a year.

Blaise Genton, Professor of Tropical and Travel Medicine at the University of Lausanne, Switzerland and a specialist in malaria and Ebola, backed up this confidence in accelerated timelines.

He told Scrip via email that he believed a new vaccine could be developed for large scale use within 12-18 months, and indicated that the platform technologies used for Ebola and Zika would help cut timelines down to the lower end of the scale.

In the meantime, non-vaccine anti-viral drugs are being used by authorities in China, including HIV therapies, as 2019-nCoV bears some similarities to HIV. The Chinese government is understood to be using AbbVie’s Kaletra (lopinavir and ritonavir) in combination with nebulized alpha-interferon to treat infected patients.

Janssen says it is collaborating with partners to screen its library of antiviral therapies to identify compounds which could be active in tackling the virus in infected patients.