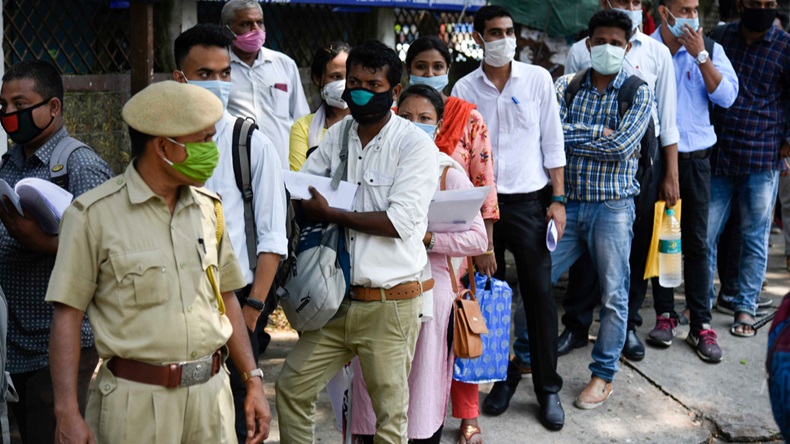 Gilead Sciences Inc. has received the go-ahead in India for Veklury (remdesivir), the antiviral in the forefront as a potential COVID-19 treatment.

The Drugs Controller General of India (DCGI) approved the drug for the treatment of suspected or laboratory confirmed coronavirus disease in adults and children hospitalized with severe disease. The approval was backed by clinical data from the US National Institute of Allergy and Infectious Diseases’ global Phase III trial and Gilead’s Phase III SIMPLE trial in patients with severe manifestations of COVID-19. (Also see "Questions Remain On Gilead’s Remdesivir" - Scrip, 1 Jun, 2020.)

While no specifics around timelines for the availability of the product in India were provided, Gilead expects to work closely with the health authorities in the country to provide guidance on anticipated drug supply based on local incidence and severity of disease. The US firm also noted that there is currently a limited global supply of remdesivir but it anticipates new supplies to start to become available in July, with these continuing to increase through the end of this year and into next.

It’s not immediately clear if the DCGI’s approval for Veklury will also translate into similar go-aheads for the Indian licensees since they likely would have sought approval based on global data for the antiviral along the lines of Gilead. Both Cipla and Hetero had presented their proposals with the “set of literature” and sought a waiver of local clinical trials, going by details in the minutes of the COVID-19 subject expert committee meeting on 23 May.

Remdesivir has been approved as a treatment for patients with severe COVID-19 in Japan and Taiwan, while the US Food and Drug Administration on May 1 granted an emergency use authorization. The temporary EUA does not replace the requirement of a formal new drug application submission, review and approval process in the US.

Jian Li, former clinical manager of US pharma firm Biogen Inc., has been officially charged in China for allegedly withholding information about her confirmed infection and risking public health, after taking a flight from the US to China.

Under China’s newly enacted law against knowingly jeopardizing public health and potentially infecting others with the virus, Li was charged in Beijing’s Shunyi district court. According to court documents, she was confirmed by a local hospital in Boston to have SARS-CoV-2 but chose to fly back to China, taking her whole family with her in mid-March.

Li was among the participants in a Biogen leadership conference held in a Boston hotel, after which several company executives were confirmed to have the infection. In order to get on the flight, Li hid her symptoms by taking pain killers before boarding. Upon landing, she was taken to a nearly medical facility and her husband was also confirmed to have COVID-19, the disease caused by the virus. Li has since had her employment with Biogen terminated.

After a formal investigation, Li was charged in late May for potentially jeopardizing public health and will be tried according to the newly enacted Chinese law, said the court.

In a concentrated campaign to ensure there are no under-tested coronavirus infections, the city government of Wuhan has launched city-wide testing of its residents.

From 14-30 May, the city conducted PCR testing on nearly 10 million people and the results showed few infections. According to data released from the Wuhan Health Commission, there were no confirmed infections. The city reported 300 asymptotic cases and 1,174 people who had close contact with them. All these individuals have been placed under medical surveillance, noted the authorities at the former epicenter of the outbreak.

The testing was offered free of charge and the city said it invested CNY900m ($130m) in the massive program.

China is readying two facilities to secure the manufacturing of coronavirus vaccines. The facilities are under construction at “wartime speed”, noted the Hong Kong-based newspaper, the South China Morning Post. They will produce vaccines for the Beijing Institute of Biological Products and Wuhan Institute of Biological Products, organizations that have two vaccines that are under clinical development.

The construction of one facility, located in Beijing, has already been completed and is awaiting certification with an annual capacity of roughly 100 million doses. Another in Wuhan with an 80 million dose per annum capacity has its main structure completed, the paper reported

The race for the first vaccine to hit the market is heating up and China has its candidate from Tianjin CanSino Biotechnology Inc./Beijing Institute of Biological Products under Phase II development. The results from a Phase I study on 108 people showed safety and an immune response in some participants.