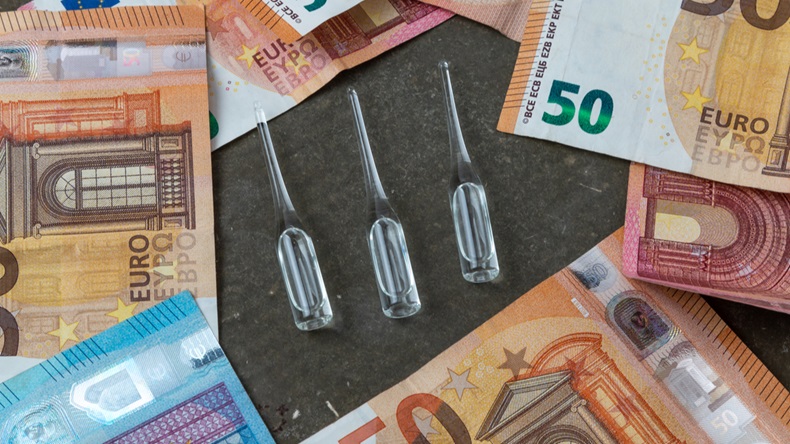 MODERNA IS THE FIFTH COMPANY THE COMMISSION HAS ENGAGED IN TALKS TO PROVIDE VACCINES FOR EU CITIZENS.

The first participants have been dosed in a Phase I trial of AZD7442, AstraZeneca PLC’s combination of two monoclonal antibodies (mAbs) for the prevention and treatment of COVID-19.

The trial will evaluate the safety, tolerability and pharmacokinetics of the antibody cocktail in up to 48 healthy participants in the UK aged 18 to 55 years.

The UK-headquartered pharma company is one of several investigating the potential of monoclonal antibodies in the role of prevention and treatment of COVID-19, with
Regeneron Pharmaceuticals, Inc. and Eli Lilly and Company both having already initiated prevention trials in the US.

AZD7442 is a combination of two mAbs derived from convalescent patients with SARS-CoV-2 infection. The antibody candidates are seen as potentially more potent and scaleable therapy options compared with convalescent plasma (newly granted an EUA in the US), which relies on individuals who have recently recovered from COVID-19 to donate their plasma. ( (Also see "Coronavirus Update: After Trump Pressure, US FDA Issues Emergency Use Authorization For Blood Plasma Therapy" - Scrip, 24 Aug, 2020.))

What could mark out AstraZeneca’s candidate from the other antibody candidates is the potential duration of protection that it could confer on individuals given it as a preventative treatment to block infection.

Discovered by Vanderbilt University Medical Center and licensed to AstraZeneca in June 2020, the mAbs were optimised by AstraZeneca with half-life extension and reduced Fc receptor binding. AstraZeneca said the half-life extended mAbs should afford at least six months of protection from COVID-19. This is significantly longer than the 1-2 months of protection that is expected for the other candidates, although data to clarify this question should be available from Regeneron and Lilly's trials soon.

A six-month period of protection would make the antibody cocktail a valuable weapon against SARS-CoV-2, particularly in patients being treated for cancer and immuno-compromised individuals who are unsuitable for vaccination.

Moderna In Advanced Talks With Europe On Vaccine Supplies

Moderna, Inc., has concluded what it calls “advanced exploratory talks” with the  to supply 80 million doses of its COVID-19 vaccine candidate mRNA-1273.

Announced on 24 August, the prospective deal would be a major step forward for the EU in providing vaccine coverage for its population of 446 million citizens across 27 member states.

Once agreed, the deal would give member states the option to purchase an additional 80 million doses to bring the total up to 160 million doses.

The EU has sealed an advance purchase agreement with just one company so far, AstraZeneca, with which it finalized a deal on 14 August. This involves the advanced purchase of 300 million doses of its adenovirus-based candidate AZD1222, with the option to purchase 100 million more.

The commission has also concluded the opening phases of negotiations with Sanofiand GSK and Johnson & Johnson and CureVac BV.

Stéphane Bancel, CEO of  welcomed the talks, adding: “We are scaling up our international manufacturing capacity outside of  with our strategic partners, Lonza in  and Rovi in , to be in a position to address this global health emergency with a vaccine that is widely available once approved for use.”

The Indian company cited delays in project timelines and difficulty in moving ahead with the joint venture as reasons for exiting the partnership with the Delaware-based corporation. On 17 July, it had received shareholder approval to invest up to €25,000 ($29,500) or INR2m, whichever is higher, in the JV.

Panacea had taken a leap of faith with the partnership, which would have granted Refana a stake in the former despite it not having brought a single product to market thus far. Nevertheless, the Indian company’s stock price had closed higher at INR202.8 ($2.70) on 10 June when the deal was announced, compared to INR160 a day earlier.

Managing director Rajesh Jain had told Scrip at the time that data from preclinical studies would be submitted to the regulatory authority, Drugs Controller General of India, by August or September so that Phase I clinical trials could begin early October.

Though the development is a setback for Panacea’s own effort at developing a vaccine, it could open up new opportunities to forge manufacturing partnerships with one of the larger multinational companies as they enlist third-party facilities to make large quantities of their vaccine candidates available at the earliest.

It is also possible that Serum Institute, which is involved in multiple COVID-19 vaccine efforts and is testing a recombinant tuberculosis vaccine against SARS-CoV-2, could recruit Panacea in its production efforts, should requirement exceed its own manufacturing capacity. Serum Institute has a stake in Panacea.

Panacea had planned to make 40 million doses of the now defunct JV’s vaccine candidate by December, with plans to scale it up to 500 million doses annually.

The company’s Baddi facility in Himachal Pradesh has three filling lines for bacterial, viral and recombinant vaccines including live attenuated vaccines in pre-filled syringe, multi-dose and single dose vials as well as lyophilized vaccines in vials.

Panacea mentioned contract manufacturing opportunities in its 2019 annual report as a way of utilizing existing capacities. However, financing could hamper efforts as the loss-making company might have to commit resources for COVID-19 vaccine candidates upfront.

For the fourth quarter to March 2020, Panacea’s consolidated income was INR1.25bn compared to INR1.22bn for the same period last year, while net loss was INR13.2m against a profit of INR12m in Q4 of fiscal 2019.