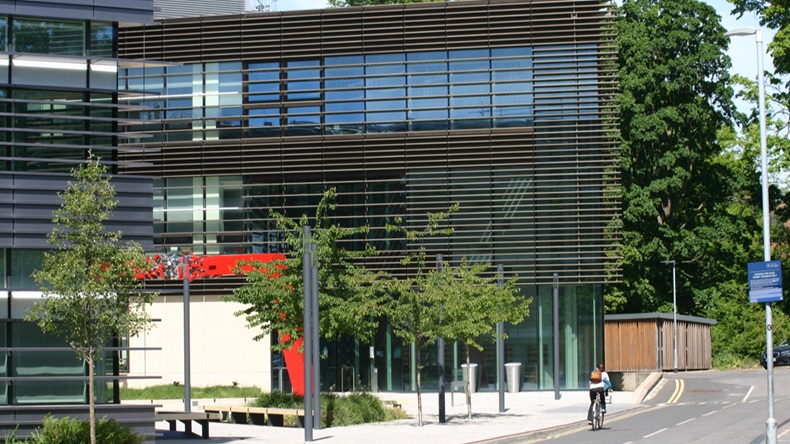 THE UNIVERSITY OF OXFORD, WHICH IS LEADING THE MULTI-ARM RECOVERY TRIAL

A large trial of dexamethasone has shown the low-cost steroid can cut deaths in patients hospitalized with severe COVID-19 by up to a third, making it the first drug to show any lifesaving benefits for these patients.

The data are in contrast with disappointing results from multiple trials of repurposed antimalarial hydroxychloroquine, and even Gilead Sciences Inc.’s remdesivir, which has only shown limited benefits in shortening hospital stays, and no impact on mortality.

Preliminary results from the RECOVERY trial of 2,104 patients led by the University of Oxford in the UK showed dexamethasone reduced deaths by one third in ventilated patients and by one fifth in other patients receiving oxygen only.

There was no benefit among those patients with less severe disease who did not require respiratory support, these results in line with the drug’s well understood mechanism of dampening down inflammation, which plays a key role in the most critical cases.

The results have been hailed internationally as a breakthrough in the treatment of hospitalized patients with severe COVID-19 infections, especially as the drug’s wide availability will allow its use to be adopted rapidly around the world.

To provide real-time information in the pandemic, the results have been announced as quickly as possible, but the findings will be peer-reviewed and published in a medical journal shortly.

Martin Landray, professor of Medicine and Epidemiology at the Nuffield Department of Population Health, University of Oxford, one of the chief investigators, said: “Since the appearance of COVID-19 six months ago, the search has been on for treatments that can improve survival, particularly in the sickest patients.

“These preliminary results from the RECOVERY trial are very clear – dexamethasone reduces the risk of death among patients with severe respiratory complications. COVID-19 is a global disease – it is fantastic that the first treatment demonstrated to reduce mortality is one that is instantly available and affordable worldwide.”

Based on the results, one death would be prevented by treatment of around eight ventilated patients or around 25 patients requiring oxygen alone - a very significant clinical impact which could help cut deaths from the disease in the coming months if the drug's use is adopted widely.

The possible implications for Gilead’s antiviral remdesivir could be very significant, as this is the only drug so far to demonstrate any clear benefits in hospitalized COVID-19 patients.

It gained emergency authorization in the US and Japan in May, with a similar approval expected in Europe shortly. However its data so far shows only a limited benefit, cutting the average stay in hospital for patients with severe disease from 15 days to 11 days, and with no clear impact on mortality rates.

Given that the drug remains in short supply globally, and must be given intravenously means its use could be limited compared to the use of dexamethasone, which is widely available and taken orally.

Among those responding to the results via social media was Peter Bach, the US pulmonary and ICU physician at the Sloan Kettering in New York.

He praised the speed of the results produced by the UK investigators, but called for a swift publication of the full data to provide a complete picture.

Nevertheless, he said the results suggested that the steroid could become the new standard of care in severe COVID-19 patients, not remdesivir.

He summed up his view on Twitter, observing: "1) Dex but not Rem has convincing data on mortality…2) Dex is something clinicians know...3) Dex is cheap, Gilead prob will ask >$5k per treatment for Rem, maybe more.”

Bach also played down the idea that a combination of dexamethasone and remdesivir might now become standard of care, suggesting that adding the antiviral may not provide any significant benefits to dexamethasone.

While this is just the view of one practitioner, the results are undoubtedly a milestone in the treatment of severe COVID-19, as the pandemic has yet to reach its peak globally. The number of confirmed cases is declining and under control in China and Europe at the moment, infections are still rising in countries such as India and Brazil, and the risk of localized outbreaks remains a danger globally.

Gilead is providing remdesivir free-of-charge to healthcare systems currently, but is set to unveil its access and pricing model for the drug shortly. This is expected to be set at a more-or-less not for profit level during the pandemic, however it may have to revisit its plans for its post-pandemic commercial model, which analysts say could eventually be profitable for the company.

In the meantime, the RECOVERY trial will continue, with several other arms of the study yet to read out. Below is the status of each of the trial, including one with Roche’s Actemra. A number of trials are underway examining combinations of remdesivir with other agents, including Roche's remdesivir plus Actemra study, but the emphasis is likely to combinations with dexamathasone.

AstraZeneca PLC’s CEO  says the COVID-19 vaccine it is developing with the University of Oxford is only expected to give 12 months’ protection from the virus.

Speaking on Belgian radio, Pascal Soriot said: “We think that it will protect for about a year.”

According to Reuters, the CEO told the radio program that “If all goes well, we will have the results of the clinical trials in August/September.” Manufacturing continues in parallel, he said, and “We will be ready to deliver from October if all goes well.”

The limited timeframe of protection leaves questions over subsequent treatment options for those patients receiving the AZ/Oxford vaccine, which is based on an adenovirus vector and named AZD1222.

One likely complication is that patients will develop immunity to the adenovirus vector used in the vaccine, making it a ‘one and done’ option, with the need for any subsequent inoculation coming from another product.

AstraZeneca and Oxford University have committed to operating on a not-for-profit basis for the duration of the coronavirus pandemic period to enable broad and equitable access, including for low and lower-middle income countries.