Coronavirus Update: How Vaccines Stack Up Against Variants So Far 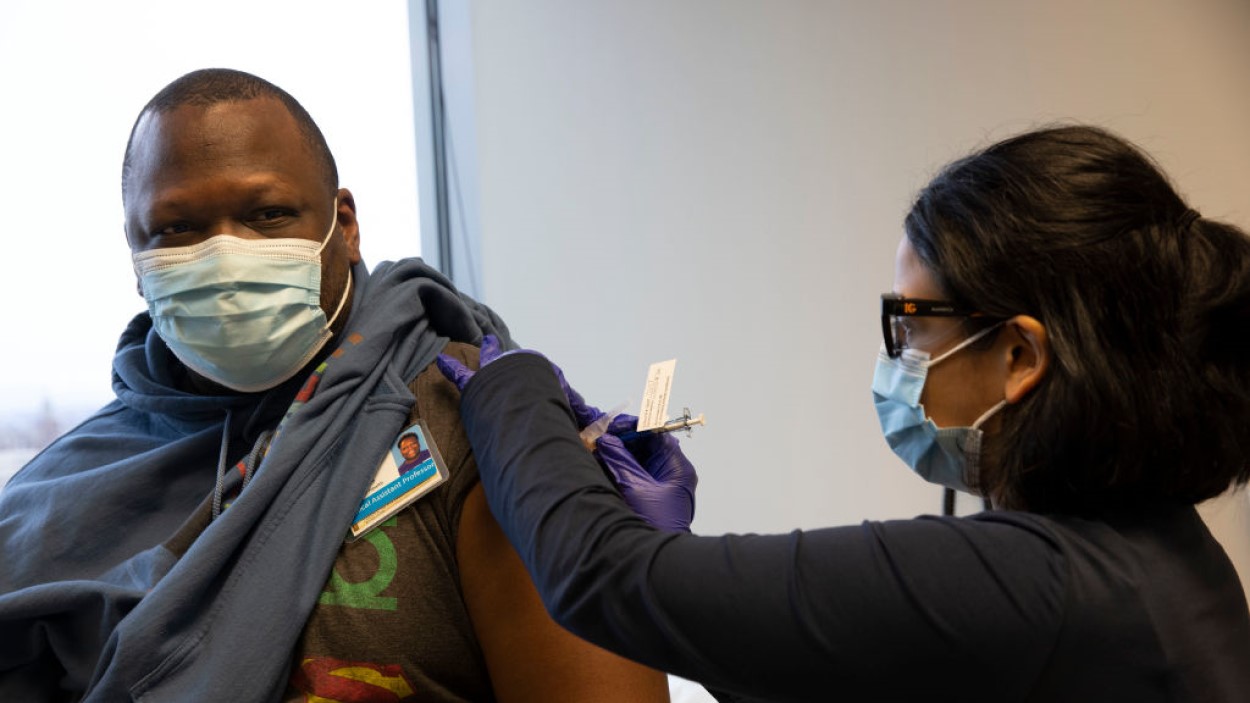 Novavax's vaccine showed greater than 55% efficacy against the South African B.1.351 variant(Source:Shutterstock)

How Novavax And Other Vaccines Perform Against S African Variant

On 11 March, Novavax, Inc. said its investigational protein-based COVID-19 vaccine, NVX-CoV2373, demonstrated high levels of efficacy against both the original SARS-CoV-2 strain – 96.4% – and the B.1.1.7 strain that originated in the UK, with an efficacy level of 86.3%.

But the bigger question is how it will fare against newer strains, particularly the South African B.1.351 variant, which has shown an ability to evade vaccine-derived immunity. ()

Separately from the Phase III UK trial, Novavax is also running a Phase IIb study of about 2,665 adults in South Africa, including 240 who are HIV-positive. In that trial, the 147 COVID-19 cases – including 51 in the vaccine group and 96 in the placebo group – indicated an overall efficacy of 48.6% and a 55.4% efficacy rate in HIV-negative participants. The vast majority of cases circulating in South Africa were of the B.1.351 variant, the company said.

Generally speaking, vaccines against SARS-CoV-2 have shown lower efficacy in lab testing and in the clinic against the South African variant in particular.

Among the various treatment modalities for COVID-19 – vaccines, antivirals and treatments for disease symptoms – one of the most challenging is turning out to be the last, particularly drugs that treat the severe respiratory symptoms of the disease. Boehringer Ingelheim GmbH BI 764198, for acute respiratory distress syndrome (ARDS), has become the latest failure.

The Ingelheim, Germany-based private drug maker said on 12 March that it had decided to discontinue treatment in the Phase II study of the drug following a recommendation by the study’s data monitoring committee, which found a “clear lack of benefit” from use of the drug among patients hospitalized with COVID-19 and requiring oxygen support.

“The discontinuation of this Phase II trial underscores how challenging it is to develop treatments to help patients with COVID-19-induced ARDS,” BI said.

Indeed, drug treatments for patients already hospitalized with the disease due to severe symptoms have been especially difficult to create, as compared with the success of multiple vaccine programs and antivirals.

On 11 March, Roche Holding AG announced the Phase III REMDACTA study combining its IL-6 inhibitor Actemra (tocilizumab) with Gilead Sciences, Inc.’s antiviral remdesivir in hospitalized patients with pneumonia due to COVID-19 had failed to meet its primary endpoint of reducing the time to patient discharge.

The news about REMDACTA meant that two of the three Phase III studies testing Actemra in COVID-19 have failed, although one has succeeded, and the drug remains in routine use for COVID-19 in the clinic despite the lack of an emergency use authorization from the US Food and Drug Administration. Regeneron Pharmaceuticals, Inc. and Sanofi’s Kevzara (sarilumab), also an IL-6 inhibitor, likewise did not show a benefit.

On the other hand, dexamethasone has proven effective in the most severe patients, while two granulocyte macrophage colony-stimulating factor (GM-CSF)-targeting monoclonal antibodies – GlaxoSmithKline plc’s otilimab and Humanigen, Inc.’s lenzilumab – have also shown efficacy.

Sanofi Playing Catch Up On mRNA Vaccines With Translate

Sanofi may have stumbled in its earlier efforts to develop a vaccine against SARS-CoV-2 infection, but it is not giving up yet and is hoping to join the ranks of companies that have created vaccines using messenger RNA. But being so late in the game, it will have a lot of work to do in terms of catching up and distinguishing itself on the market.

The Paris-based drug maker and Lexington, MA-based Translate Bio said on 12 March they had started a Phase I/II trial of MRT5500, an mRNA vaccine candidate against COVID-19. The trial is expected to enroll 415 participants and report interim results in the third quarter.

But the contender faces stiff competition. Two other mRNA vaccines – Pfizer Inc. and BioNTech SE’s BNT162b2 and Moderna, Inc.’s mRNA-1273 – have already secured EUAs and are in widespread use in the US and other countries. Pfizer recently padded its Phase III data with real-world data from Israel that confirms its high degree of efficacy.

Meanwhile, Johnson & Johnson’s single-shot vaccine has also received an EUA, while Novavax’s protein-based vaccine has produced efficacy numbers in the range of the Pfizer/BioNTech and Moderna vaccines and shown efficacy against both the UK and South African variant strains.

Sanofi seems to be looking ahead to use of COVID-19 vaccines as a seasonal product. It said it is working on improving the temperature stability of MRT5500 and targeting a -20°C storage temperature for late-stage clinical trials and at launch, while also making efforts to enable it to remain stable at routine refrigerator temperatures of 2-8°C.

In December, Sanofi and its partner GlaxoSmithKline said that Phase I/II data showed their COVID-19 vaccine had produced disappointing results, leading them to delay the program.

Their experience mirrored that of another major vaccine maker, Merck & Co., Inc., which likewise announced disappointing results from its vaccine development program in January.

Since then, both companies have agreed to manufacture COVID-19 vaccines that have met with more success. On 2 March, Merck & Co. said it had made a deal with the US Biomedical Advanced Research and Development Authority to manufacture J&J’s vaccine.

Sanofi said in January that it would help produce the Pfizer/BioNTech vaccine in Europe.