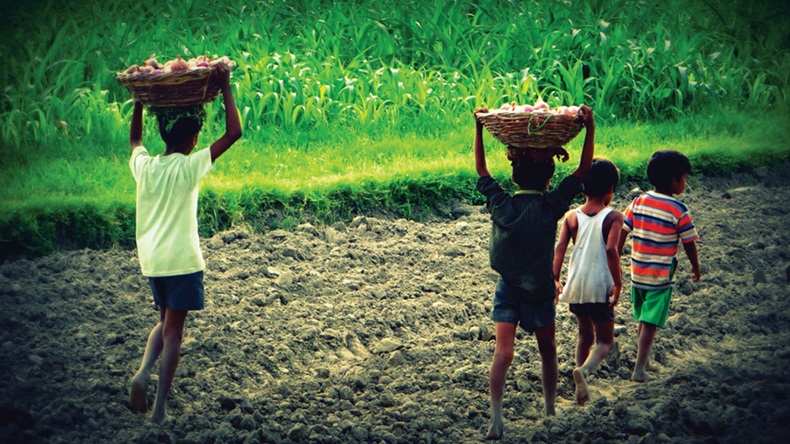 Consumer and NGO insistence on transparency in the cosmetics industry likely won’t stop at disclosing ingredients and trace components; rather, firms should be prepared for questions about where and how their materials are sourced to become the next big pressure point.

“Ethical consumerism is here to stay, and it has significant influence over the shopping decisions made by millennials, so scrutiny of what goes into the millions of cosmetics produced every year will continue, and demands for transparency will increase,” says Meagan Norris, a commodities analyst at UK-based risk and strategic consulting firm Verisk Maplecroft in a recently published report.

Norris recognizes that tracing and monitoring production tiers can be a “virtually impossible” task for many companies, given the depth and breadth of the cosmetics supply chain.

According to her report, approximately 30% of ingredients used in cosmetics currently are either agricultural or mined commodities. Such goods have been tied to ills including child labor, deforestation and corruption at the upper reaches of the supply chain in a number of highly publicized cases.

"The challenge for cosmetics companies is to balance the necessary secrecy around the thousands of formulations they use to create their products with the transparency that consumers and regulators increasingly expect in relation to how and where ingredients are sourced," Norris says.

Verisk Maplecroft examined best-selling products within five cosmetic product categories – face cream, foundation, mascara, blush/bronzer and lipstick – and found at least one commodity-based ingredient in each product that could be considered high-risk from an ESG standpoint.

Norris highlights cocoa, a popular source of ingredients for face and body creams, noting that cocoa production in the world’s leading hub, Cote d’Ivoire, has been prominently linked to child labor abuses.

According to the US Department of Labor, the West African country has made significant advancements in recent years, but it remains that “children in Côte d’Ivoire engage in the worst forms of child labor in the harvesting of cocoa and coffee, sometimes as a result of human trafficking. Gaps remain in enforcement efforts, and the labor inspectorate is not authorized to assess penalties,” the DoL says.

Vanilla, shea nuts, copper and silk, used in the creation of skin-care and makeup items, similarly have each been linked to child labor in at least one of their major producing countries, Norris says.

Other labor violations have tainted supply networks for carnauba and candelilla waxes, which provide bases for many mascaras, according to the analyst.

Norris points to an October 2017 investigative report from German broadcaster ARD, called “The Haribo Check,” which alleged that the candy maker’s beloved gummy bears and other carnauba wax-based sweets could be traced to modern-day slave labor on Brazilian palm plantations.

The exposé should serve as a wake-up call for similarly vulnerable cosmetics companies, she suggests.

Firms that source materials from small, family-run farms via well-intentioned agreements can actually be in a more precarious situation than others, according to Norris.

“Companies with smallholder farmers in their supply chains can face a higher risk of being associated with labor violations ranging from child labor and working hour or wage violations to informal employment and occupational hazards. Governments rarely have the resources or scope to monitor or uphold regulations relating to working conditions and sustainable operations at this level,” she notes.

In terms of mined commodities, mica’s a potential problem. The mineral is widely used in the cosmetics sector for the sparkle it provides, and its use is so deeply entrenched in formulation practices, including in pigments, that it can be difficult for companies to avoid.

Verisk identified mica in all of the blushes and bronzers it surveyed, 60% of foundations and lipsticks, and 40% of mascaras.

Reports connecting mica to child labor, forced labor and unsafe working conditions in India have prompted sustainable procurement commitments from companies including L'Oreal SA, which says 99.2% of its mica comes from secured sources today, including more than 60% from the US.

According to Lush Handmade Cosmetics Ltd., synthetic mica represents a viable solution for companies concerned about natural mica production transparency or labor issues. The UK-based company describes online its journey to being “completely natural mica-free,” as of Jan. 1, 2018.

L’Oreal also says it uses synthetic mica as an alternative “when technically relevant.”

Mica mining also is known to have adverse environmental impacts, yet another footprint consideration that personal-care companies increasingly are expected to bear in mind.

According to Norris, cosmetics companies also could be at risk if they use oats, barley, wheat or other grains linked to water pollution in major producing countries including France, India, China and Australia.

Certification ‘Not A Silver Bullet’

Due diligence is key to mitigating ESG risks associated with commodity-based ingredient use, Norris says.

“The challenge for cosmetics companies is to balance the necessary secrecy around the thousands of formulations they use to create their products with the transparency that consumers and regulators increasingly expect in relation to how and where ingredients are sourced."

To do so, firms need to “dig into the depths” of their supply chains and shine a light on the practices that drive production.

While certification programs may seem like ready solutions to “help [companies] tick the sustainable procurement box,” they’re “not a silver bullet,” according to the analyst.

She notes that the Round Table for Sustainable Palm Oil, Rainforest Alliance and UTZ – a certification and label program for sustainable farming of cocoa, among other commodities – are among those that have come under NGO fire in recent years for allegedly not upholding their standards, which critics say are weak to begin with. (Also see "P&G Investigates Greenpeace Claims Against Palm Oil Suppliers" - Rose Sheet, 10 Mar, 2014.)

Instead or on top of certification, companies can be well-served by taking responsibility themselves for in-house standards development.

For example, Unilever’s Sustainable Agriculture Code, developed in 2010 and updated in 2017, focuses on deforestation avoidance, human rights, migrant labor and grievance processes for workers, among other elements.

The Dutch firm also requires suppliers to adhere to its Responsible Sourcing Policy, which “sets out our 12 fundamental principles and defines the ‘mandatory requirements’ that suppliers must achieve to do business with Unilever,” according to the company’s website.

“While such home-grown approaches may give a business greater oversight of its supply chain, only time will tell whether they can stand up to the scrutiny of consumers and NGOs demanding transparency,” Norris concludes.