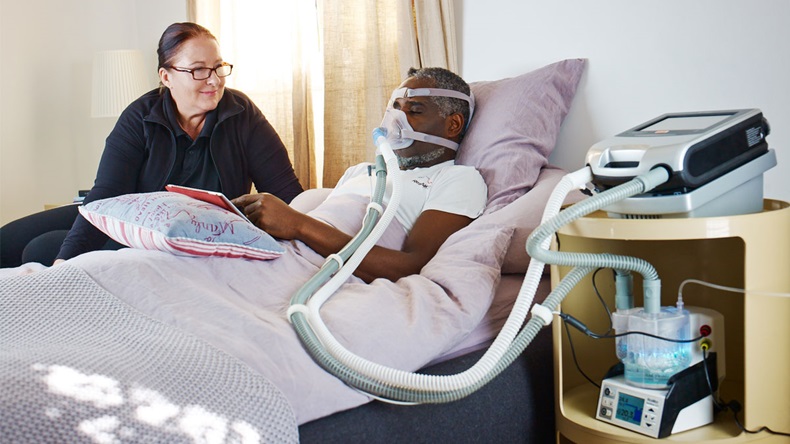 ResMed Inc. is ramping up production to thousands of ventilators a week, joining the ranks of major companies to help combat the shortage of these life-saving machines by a rising number of hospitals to help treat the most critically ill COVID-19 patients.

Under a wide-ranging emergency authorization, issued on 22 March by the US Food and Drug Administration, BPAPs and CPAPs, which are less complex breathing devices typically used to treat patients with sleep apnea, can now also be used as potentially lifesaving ventilators.

Some health groups, such as the American Society of Anesthesiologists, have expressed concerns about using CPAPs and BPAPs for treating the most severe ill COVID-19 patients. 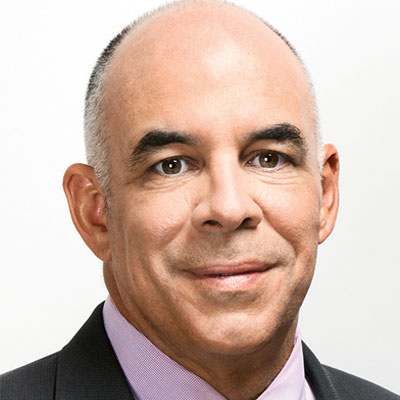 But Carlos Nunez, chief medical officer of ResMed, told Medtech Insight that ResMed is also seeing rising demand for CPAPs and BPAPs. He said there is a place for both invasive and non-invasive ventilators and other breathing devices in treating COVID-19 patients during this pandemic.

There is a severe shortage of invasive ventilators in the US. New York’s Gov. Andrew Cuomo said his state needs about 30,000 ventilators and the UK government forecasted the same figure. According to a report from the Imperial College London, 30% of COVID-19 hospitalized patients are likely to require mechanical ventilation and doctors are warning that the shortage of ventilators could lead to more deaths.

According to Nunez, invasive ventilators are sophisticated medical devices and each machine is made of thousands of components. The DPA will help manufacturers of components prioritize who gets the components first. This, in turn, will allow ventilator manufacturers to get the parts they need to build these highly complex devices, he explained.

“Our biggest constraint is not our ability to manufacture them [ventilators], it’s just the components we need to manufacture them,” Nunez said. “We’ve had a couple of instances where we had difficulty getting components because the manufacturers just didn’t know how to prioritize … ‘You’re telling me you need the batteries, but someone is telling me they need batteries’ … who gets them first? The DPA definitely puts some clarity there.” There’s only one exception. “If there is a component that we need that a hospital also needs, the hospital gets priority, but then all of the ventilator manufacturers are next in line.”

Asked about which of the six manufacturers of ventilators on the priority list may get components first, Nunez said while it is unfortunate for ResMed that there is some overlap in the supply chain, most ventilator makers will require slightly different components

“That will be less helpful because it will still take many weeks, if not months for General Motors to even begin to manufacture ventilators. And all they are doing is taking parts and components away from those of us who are ready to manufacture them today,” Nunez said. “The second DPA [action] was to prioritize supply chain for those manufacturers. Trump didn’t use the DPA to force us to make ventilators. He didn’t have to do that. We are already making them [and can] scale up production two to three times what we normally do.”

"All they [car makers] are doing is taking parts and components away from those of us who are ready to manufacture them [ventilators] today.” – Carlos Nunez

“Those [bilevel ventilators] are a little less complicated in terms of components. They are also based on the same platform as some of our other devices [CPAP], so it’s easier to get parts of components,” Nunez said.

The company’s top ventilators for invasive and non-invasive ventilation are called Astral and Stellar; the mid-level bilevel devices are marketed under the Aircurve 10 ST-A brand; with CPAP devices being the less complex devices. Invasive ventilators are for the most critically ill patients in the intensive care unit to deliver oxygen into their lungs via a breathing tube.

CPAP devices are used to push air into the airway to help with obstructive sleep apnea, generally through a face mask, and cannot be repurposed for invasive ventilation, according to the American Association for Respiratory Care. Bilevel devices provide positive pressure ventilation and are considered ventilators, the AARC said. Some are cleared by the US Food and Drug Administration for invasive ventilation.

Nunez, a trained anesthesiologist and critical care physician, said that this challenge can be easily mitigated.

“In theory, they are correct  [about] any respiratory system that is not closed … [But] if you don’t have a tube in the person’s trachea that’s sealed off and everything is sealed off from the outside environment and the air never gets out, you minimize the risk of droplet dispersion.”

But, he said, research suggests that a person on a non-invasive ventilator does not transmit droplets or spread virus any differently than someone who is talking, breathing or coughing. When a person infected with SARS-COV-2 comes into a hospital before being put on any type of ventilator, they are already shedding the virus, Nunez said.

He said the guidance also comes at a time when many hospitals are experiencing a shortage of personal protective equipment.

“So, you have to have the appropriate precautions in place,” he said. When he spoke with an unidentified leader of a response team of one of the most affected areas of COVID-19 two days ago, “They weren’t even asking for invasive ventilators, because they know they can’t get them,” he said. Instead, Nunez said, they asked “how many thousands of non-invasive ventilators and bilevel devices can you get to us, because we are using them as fast as we can.”

Nunez said that in the US, there are four places where bilevel therapy, oxygen or a combination of both are useful: for acute-care patients who are not in respiratory failure; for the continued care of patients who have been taking off invasive ventilators in hospitals and also for recovery of COVID patients in the home; and in using bilevel devices as invasive ventilators. He noted that in Germany, which is ahead of the US in the pandemic timeline, people are sent home with oxygen and CPAP and BPAP devices.

He also said that ResMed is working with FDA officials to help doctors understand the capabilities of their devices and risks of devices “that were never indicated for ventilation to use,” but maybe used under the emergency use authorization. (Also see "COVID-19: Medtronic Shares Ventilator Specs Amid Multi-Industry Efforts To Increase Ventilator Production" - Medtech Insight, 31 Mar, 2020.)

“Clinicians have a variety of ways to deploy those devices to care for COVID patients [before and after the acute phase]. We’re making as much information available as possible so if physicians decide to use them in ways that they were not indicated for, all of the information, all the precautions, all of the warnings to [help them] make the best, most informed decisions [is there].” – Carlos Nunez

“Clinicians have a variety of ways to deploy those devices to care for COVID patients [before and after the acute phase]. We’re making as much information available as possible so if physicians decide to use them in ways that they were not indicated for, all of the information, all the precautions, all of the warnings to [help them] make the best, most informed decisions [is there],” he said.

Meanwhile, a coalition that includes UC Berkeley engineers, emergency room doctors and critical care pulmonologists are teaming up to find ways to modify CPAP and BPAP machines into ventilators to support COVID-19 patients with breathing issues. The coalition is also calling on the public to donate their unwanted sleep apnea machines.

In an article published on the Berkeley Engineering website, Don Cunnigham, a professor in UC Berkeley’s Department of Mechanical Engineering and a leading member of the coalition, said these machines could be used for patients with “mild to moderate respiratory symptoms … saving the ventilators for ICU patients who are experiencing acute respiratory distress.”

Asked about his predictions for when the COVID-19 epidemic may reach its peak, Nunez said ResMed’s model for the trajectory of the pandemic, like predictions put forth by epidemiologists, also suggests that the next two weeks in the US will be the worst.

But that could change, depending on whether social distancing works or not, he said.

“The interesting thing about these models is that everyday that we add new data, they look different,” Nunez said. “It’s a fluid situation.”