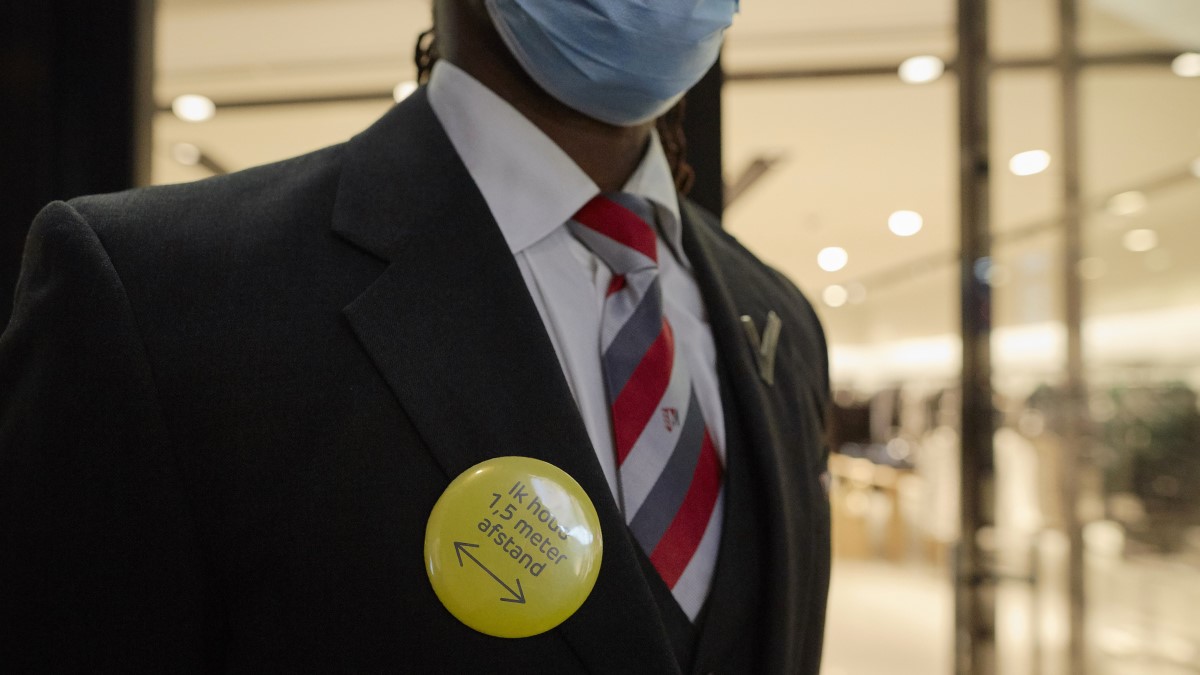 Thirteen cases of the Omicron variant have been detected among passengers arriving on two flights from South Africa to Amsterdam, the Netherlands.(Source:Getty Images)

The new Omicron SARS-CoV2 variant first identified in South Africa but now appearing in Asia and Europe is causing alarm worldwide as its multiple mutations could make it more transmissible than the Delta variant, and potentially able to evade existing vaccines.

News of the variant, also known as B.1.1.529, sent global share prices plummeting on 26 November, with countries imposing new travel restrictions from South Africa in an effort to slow its spread.

The reason for concern is the 32 mutations in the spike protein of Omicron, more than in any other variant seen so far. Moreover, these mutations are in crucial positions on the protein, such as the receptor binding domain (RBD) and may compromise how well antibodies made from previous SARS-CoV2 infections or vaccination can fight off the virus.

Many of the mutations are shared with Beta, the original ‘South Africa' variant, and reports suggest the new strain may have developed in an immunosuppressed individual chronically infected with HIV.

Leading vaccine makers have been quick to respond to the emerging threat, with Moderna and partners BioNTech and Pfizer announcing that they are already undertaking tests to determine if Omnicron can indeed evade their existing shots.

Pfizer and BioNTech said in a joint statement that results would take no more than two weeks to emerge and would help to determine if B.1.1.529 could be an escape variant and require an adjustment to their vaccine if the variant spreads globally. The partners also believe they can develop a new variant targeting vaccine in around 100 days.

Moderna’s CEO Stéphane Bancel said on 27 November that the company had been “moving as fast as possible” for several days  to address the variant.

The Moderna strategy has three prongs: tests of a higher 100 µg dose of its existing vaccine, a multi-valent booster and finally plans to develop an Omicron-specific booster.

Other manufacturers are also responding, with J&J already testing the efficacy of their shot against the new variant and Novavax announcing that it too had begun work on an Omicron-specific vaccine.

Tom Peacock, research associate in the department of infectious diseases at  Imperial College London said: “The reason we are concerned about the new variant is that it appears to have mutations in all of the identified antigenic sites, both in the RBD at the tip of spike and also in the N terminal domain on the side of the spike.”

He said researchers predict this could impact spike protein recognition by the vast majority of antibodies, even in a polyclonal response. Therefore the new variant may be less well controlled by the current vaccines.

Peacock also noted that multiple changes can sometimes bring with them a ‘fitness’ cost to the virus, making it less transmissable. However Omicron carries two important changes in another region of the spike protein, the furin cleavage site, and these types of changes are associated with increased transmissibility – as seen in the Delta variant, which has a very potent mutation in this region.

Furthermore, another mutation in the new variant, the change at residue 501 to tyrosine, is associated with better binding of the spike protein on virus particles to the ACE2 receptors of our cells, and contributes to increased transmission of the Alpha variant.

Finally, Omicron also has mutations beyond the spike protein, in other genes of the virus such as the nucleoprotein, that have been linked with increased fitness of SARS CoV-2 in human cells. Researchers believes this could allow the virus to be better at assembling and packing its genome inside its particles, and perhaps allow the virus to counteract our innate immune response (mediated by interferon) more effectively.

A Return To Social Distancing?

Despite the alarm about B.1.1.529, public health experts around the world are advising that questions about transmissibility, vaccine effectiveness, risk for reinfections and other properties of this variant remain unclear for the moment, but are backing proactive precautions to buy time until more is known about Omicron.

The European Union’s European Centre for Disease Prevention and Control (ECDC) Director Andrea Ammon made three key recommendations: “closing the immunization gap” between the most developed and less developed nations, booster doses considered for all adults, especially over 40s, and “timely”reintroduction of mask wearing and social distancing measures.

The US government’s chief COVID-19 advisor Anthony Fauci said over the weekend that the US has “the potential to go into a fifth wave” of coronavirus infections amid rising cases, slowing vaccination rates and the likely arrival of Omicron.

Fauci also cautioned that it would take around two weeks for greater clarity on the characteristics of the new variant but said it was likely existing vaccines would provide a degree of protection against severe COVID-19 infection.

The World Health Organization said preliminary data suggests that there are increasing rates of hospitalization in South Africa, but added that this may be due to increasing overall numbers of people becoming infected, rather than a result of specific infection with Omicron.

One glimmer of hope is that initial reported infections in younger individuals found most cases to be mild, but its effects in older adults will be of key importance.

Impact On Vaccines And Therapies

Industry analysts have already given rapid assessments of how the new variant of concern (VOC) could impact demand for vaccines, antibody-based therapies and the coming oral antivirals.

Analysts at SVB Leerink said the impetus for widespread uptake of booster doses will become even higher, making the “complaints among the anti-vaccination ‘mob’ more muted and government agencies more adamant about vaccination mandates.”

Even before the news of Omicron, Leerink had already increased its forecast for Pfizer, based both on its Comirnaty vaccine partnership with BioNTech and its antiviral Paxlovid (PF-0732133 co-administered with ritonavir), which will shortly be reviewed for an emergency use authorization by the US Food and Drug administration.

Ahead of Pfizer for review for an EUA is Merck & Co., Inc.s molnupiravir, with an advisory committee meeting to assess the data on 30 November.

Optimism on Merck’s drug has declined somewhat, however, as late last week final results from its pivotal trial found that its efficacy had declined from an initial readout level of 50% to 30% efficacy in relative risk reduction in hospitalizations or death compared to placebo. (Merck Molnupiravir Advisory Committee To Consider Pregnancy Risk Viral Mutations)

That is likely to lead the FDA experts to take a cautious approach but an EUA is still expected to be forthcoming and analysts forecast demand is likely to exceed their 20 million courses estimates in 2022.

The impact of Omicron on the effectiveness of monoclonal antibody therapies will also be closely scrutinized, with fears that some of the products may be rendered far less useful in the fight against this variant.

This is an issue already experienced with Lilly’s bamlanivimab, which can no longer be used alone against COVID-19 because of drastically reduced efficacy against Delta but can be used in combination with etesevimab.

None of the leading manufacturers of antibody therapies, most notably Regeneron/Roche and their REGN-COV/Ronapreve (casirivimab/imdevimab) have yet commented on Omicron, but tests to determine their efficacy against it are also expected to be completed in coming weeks.

While global share prices plunged on news of the new variant, companies in the COVID-19 vaccines and therapeutics field rose.

One of the biggest beneficiaries was Adagio Therapeutics which is developing a new monoclonal antibody therapy, ADG20. The company claims its antibody targets a highly conserved site on SARS-CoV2, which could allow it to sidestep any concerns about the VOC.

That promise sent its shares up 28% over the last five days to $25.12, based on the company’s forecast of a pivotal data package for its use in prevention of COVID-19 in Q2 of 2022.