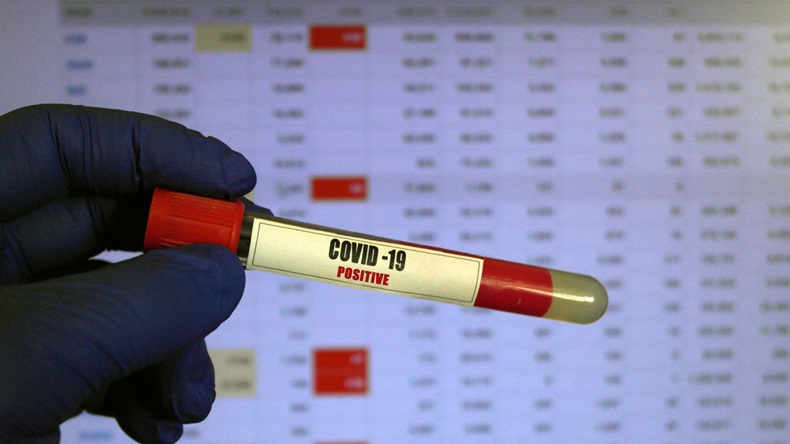 The arrival COVID-19 led to much higher activity in some parts of the in vitro diagnostics industry than others, a survey by the German IVDs industry association, the VDGH, has revealed.

And it lifted the aggregate revenues of VDGH member companies in the first half of 2020. In 2019, industry sales had actually declined, by 0.4% to €2.16bn ($2.54bn), the association said at a virtual press conference ahead of the 2020 Analytica lab technology exhibition, to be held virtually on October 19 to 23.

VDGH board member Peter Quick recalled that the IVDs market was stagnating in 2019. The market for life science research (LSR) industry, also under the purview of the VDGH, was performing only marginally better, rising by 1.6% to €2.34bn. But it had shown more dynamic growth in the preceding years, said Quick, who is also the board spokesman for the LSR branch of the association.

He observed different tendencies within the branches. The restricted “growth” of the IVDs branch is due to low government spending on lab services and slow uptake of innovative tests by the statutory sickness funds. IVD manufacturers’ client groups are hospitals, medical labs and doctors’ practices.

The LSR industry does not have these issue to worry about. It  targets a broader range of customers, including publicly-funded academic institutes and authorities, and labs working in the pharma, diagnostics and biotech industries. Its fortunes depend on the levels of research at its client groups.

Clinical lab diagnostics are the uniting factor for both branches, a fact that has never been clearer than during the pandemic, said Quick. It has been shown in the speed with which the two fields have combined to identify the virus through next generation sequencing; develop market-ready sample purification kits and RT-PCR tests, using technology and equipment supplied by the LSR industry; and then distribute them nationally via the IVDs industry’s channels  ̶  all within just weeks.

Between January and mid-year 2020, both industry branches had increased their production capacity up to 18-fold, said Quick, in response the national lab testing requirements. The 24/7 working was a massive achievement under pandemic conditions, said the VDGH, releasing findings of a survey done in September.

It showed that, for German IVDs manufacturers, the first half of the year has seen positive business trends that have not been evident for a long time. But the impetus is not being felt across the board. “Almost half of the companies have seen their revenues fall, and only a third have recorded increases,” the VDGH director revealed.

“It is evident that infection diagnosis did well in the first half of the year, but also that large reductions were seen in immunology, as doctor’s visits, screening and operations were postponed.” Diagnostics procedures were simply not needed.

The LSR branch, however, saw a 12.5% revenues increase during the period, with equipment, reagents and consumer goods seeing double-digit sale growth. The drivers were SARS-CoV-2 diagnostics, vaccines and therapy research needs.

ALM-ev, the medical laboratories industry group, said on 13 October that the previous week had seen 1.069 million tests undertaken in Germany, 7% more than in the prior week. 26,800 tests showed positive results, which was a week-on-week rise of 62%. This was testament to the dynamic nature of COVID-19 and the infection spread. The positive rate is 2.5%, it said.

Maximum German weekly test capacity is 1.375 million tests, ALM-ev said. Recently, the decision was made to authorize COVID-19 antigen rapid tests, in a bid to increase capacity further. “We need to wait for recommendations from the Robert Koch-Institut (RKI) and Paul-Ehrlich-Institut,” asserted ALM-ev director Michael Müller, expressing concern over the outcomes of potentially uncontrolled use of these lower-sensitivity tests in doctors’ offices. (Also see "Coronavirus Antigen Testing Gets Green Light In Germany" - Medtech Insight, 24 Sep, 2020.)