COVID-19: The Race To Develop A Vaccine 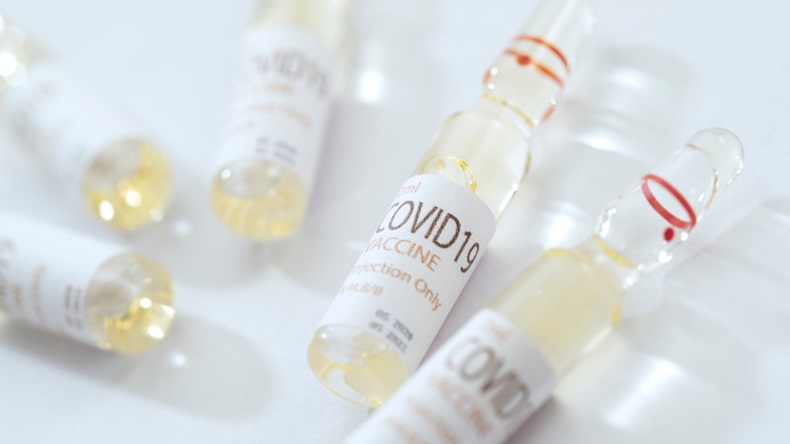 When will a vaccine against COVID-19 be ready? That's what everybody wants to know, because without one, the world remains at the mercy of SARS-CoV2, which as of June 2020, has infected nearly 7 million people, and claimed the lives of 400,000 worldwide, and paralysed the global economy.

Here's a graphic of those key programs, which we'll be updating regularly, followed by a Q&A covering many of the challenges facing vaccine developers.

That is the question on everybody’s lips. There are more than 100 candidates in the pipeline, but there are around 10 in clinical trials as of June 2020.

The frontrunners and big pharma-backed players can be split into two broad camps – those who believe they can launch a vaccine before the end of 2020, and those who forecast that their candidates will not be ready until well into 2021.

Three projects have taken an early lead, and believe they can cross the finish line in 2020: the US biotech Moderna, China’s CanSino Biologics and the UK’s University of Oxford and AstraZeneca PLC (see table above for the latest updates).

However, while there are encouraging early signs from animal and preliminary human studies, the big test is whether they can be shown to block infection (or at the very least limit the disease) in people who are exposed to the Sars-CoV-2 virus in pivotal Phase III trials.

The Oxford and AstraZeneca partnership has set the most ambitious target, saying their candidate could be ready for the first patients outside of clinical trials as soon as September.

A number of other candidates follow closely behind this advance party, most notably BNT162, the mRNA-based vaccine from BioNTech and Pfizer, who also think they can launch by late 2020.

Is there one vaccine platform which looks more promising?

The mRNA platforms developed by Moderna Inc. and Pfizer, and the adenovirus technologies used by Oxford and CanSino are all unproven compared with more established vaccine approaches. However these newer platforms allow a more rapid scale-up in early development. This, combined with these companies’ experience with other coronaviruses such as MERS, has helped them take the lead.

So when do those pivotal trials start?

Moderna and Oxford/AstraZeneca have been the first to share details of preparations for pivotal Phase III trials.

Oxford and AstraZeneca plan to enrol up to 10,260 adults and children across the UK. The randomized study will use an existing meningococcus vaccine as an active control arm. AstraZeneca aims to enrol a further 30,000 patients in the US.

Moderna is planning to initiate a randomized placebo-controlled trial of 30,000 adults starting in July in the US and other countries.

What are the biggest challenge for these pivotal trials?

There are numerous potential pitfalls for the vaccines, most crucially whether or not they generate sufficient levels of neutralizing antibodies to prevent infection.

The greatest test will be in the older age groups (50, 60 and 70+) who are most at risk, but who tend to respond less strongly to vaccines.

The trials also depend on these volunteers being exposed to the Sars-CoV-2 in their daily lives, but this could be a problem in the UK and US, where prevalence of the virus is falling fast in many areas.

As a back-up measure, Oxford and AstraZeneca now have permission to start a 2,000 volunteer trial in Brazil, where the disease is still spreading.

Can these companies really deliver in 2020?

There has been plenty of skepticism about their chances, as nothing like this has ever been achieved at such a pace before; and the hoped-for timelines condense what would often take 10 years down into just 10 months. But preliminary data from Phase I studies from the three frontrunners by early June suggest it remains possible.

Having three to four advanced candidates using different vaccine platforms provides the ‘multiple shots on goal’ which could allow one or more to emerge as safe and effective products.

One of the key figures in the field is the US National Institute of Allergy and Infectious Disease (NIAID)’s Anthony Fauci. He had been skeptical about a 2020 timeline until recently, but now believes it is possible. 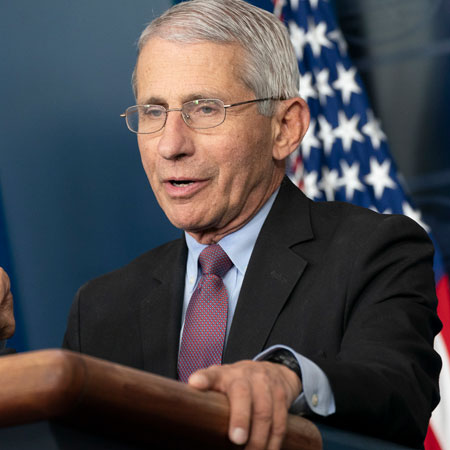 Fauci told a JAMA online briefing on 2 June: “I am cautiously optimistic that with the multiple candidates with different platforms that we’re going to have a vaccine that shows a degree of efficacy and would make it deployable.”

But finalizing a safe and effective vaccine is just the start of the process. Manufacturing enough doses for the world, distributing and administering them is surely an even bigger challenge?

That is correct. Billions of doses are going to be needed worldwide. According to the International Federation of Pharmaceutical Manufacturers and Associations (IFPMA) that figure could be as high as 15 billion doses. That is why massive investment, planning and collaboration is needed between governments, non-governmental organisations (such as the Coalition for Epidemic Preparedness Innovations, CEPI, GAVI and the Bill and Melinda Gates Foundation) and the biopharma sector.

Which other big players are involved?

The other established big pharma vaccine companies have taken a slightly more conservative approach, wary of signing up to unprecedented timelines that inevitably come with political and societal expectation.

Johnson & Johnson’s Janssen division was the first big pharma company to begin work on a vaccine candidate in January 2020, and has an adenovirus-based candidate (Ad26 Sars-CoV-2). It forecasts that it could be ready for emergency use approval by the first quarter of 2021.

Merck & Co. was the last of the big established vaccines manufacturers to join the race, announcing its multi-pronged approach on 27 May. This included the acquisition of Themis, a vaccine specialist whose measles virus vector-based candidate is expected to enter Phase I trials later this year.

How would these first vaccines reach patients?

Via conditional approvals, for instance via the US Food and Drug Administration’s Emergency Use Authorization (EUA). The first few million doses of any vaccines would be reserved for frontline healthcare professionals and other priority groups – although how these first millions of doses could be shared out between countries remains a contentious issue.

How much will the vaccines cost?

All the frontrunners have indicated that they will take a non-profit approach to supplying the vaccine during the pandemic. Janssen’s vaccines leader Paul Stoffels has suggested its vaccine could be priced around $10 per dose, but this will depend very much on demand and the final cost of manufacturing and administration.

Will companies ever make a profit on these vaccines?

Companies have nevertheless resisted calls to give up their intellectual property on the products. It is likely that COVID-19 will not disappear of its own accord, or even be eradicated with the first wave of global immunizations. This means companies could seek to charge higher prices once the pandemic has been declared over, but while localized outbreaks of the virus persist.

Even so, they will face pressure to maintain low and affordable prices for their vaccines, not least because most candidates are being developed with the assistance of public and government funded institutes such as the US Biomedical Advanced Research and Development Agency (BARDA) and CEPI and the Gates Foundation.  (Also see "Global ‘Fair Access’ Coronavirus Vaccine Fund Launched, AZ Doubles Output Target" - Scrip, 4 Jun, 2020.)