Desperate Measures: How To Soften The Impact Of No-Deal Brexit 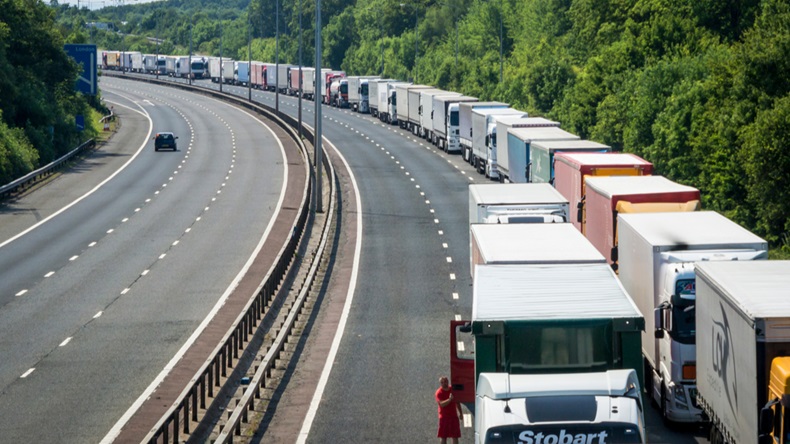 With the prospect of a no-deal Brexit threatening to jeopardize medicine supply lines to the UK in March next year, ideas that not so long ago would have seemed outlandish in a country so firmly integrated into the EU regulatory system are now being proposed as practical ways of avoiding product shortages.

Health secretary Matt Hancock said this week that the government had issued an invitation to tender worth "tens of millions of pounds" for additional warehouse space for the stockpiles of medicines it says will be needed to ensure a continued flow of products should the UK leave the EU on March 29, 2019 without a deal.

Mike Thompson, chief executive of the Association of the British Pharmaceutical Industry, believes that stockpiling will not be sufficient in a no-deal situation and has suggested that if lorries were held up at the border the UK would need to consider alternative sources of supply, such as companies in the US or India, as well as other modes of transport.

The ideas were put forward at this week’s hearing of the House of Commons Health Committee, which is conducting an inquiry into the impact of a no-deal Brexit on health and social care.

One of the actions already taken by government in the pharmaceutical area was to ask industry to stockpile an additional six weeks’ worth of medicines in an effort to alleviate any supply blockages in the event of a no deal. This will require additional warehousing capacity in the UK.

Thompson told the committee there would be a particular need for more cold chain warehouses for products requiring temperature controlled storage. “There are no cold chain facilities at border ports, which is why we rely on frictionless trade,” he said.

However, he cautioned that cold chain facilities would take much longer to construct than standard ambient temperature warehousing. “We are now under six months away from a potentially hard Brexit and I think we are running out of time.” Normally such facilities would take longer than six months to build and get signed off because of the need for regulatory approval, he noted.

“I guess some of these things could be truncated but we are very much against the deadline. We are saying to the government you need to press the button now,” said Thompson, who earlier this month gave evidence to a separate inquiry on the same topic conducted by the Commons’ Exiting the EU Committee. (Also see "No-Deal Brexit Means ‘Re-Planning A Whole Industry,’ Says ABPI Chief " - Pink Sheet, 11 Oct, 2018.)

His view was echoed by Sawer, who said that to build new cold chain storage “you are talking more than a year.” Ambient warehousing was easier “because we can use capacity that is not already being used in other sectors,” he said, adding that his association was working with the health department “to try and ascertain the capacity for cold chain and whether other capacity could be brought in from other sectors like the food sector.”

As for the stockpiling itself, Thompson said some ABPI member companies had built up more than an extra six weeks’ worth of product, but he insisted that “stockpiling will not be enough” and other supply lines might have to be opened up.

“For example, you could bring product in from America, but you must remember that the product has a completely different licence from the FDA [Food and Drug Administration], so there would be a lot of preparatory work to do.” He also suggested that products could be purchased from some Indian generics companies that do not currently supply the UK.

He noted that 90% of medicines imported to the UK come from the EU through the ports of Dover and Folkestone in south-east England in lorries carried on ferries (roll on/roll off). He suggested one possibility would be to ship goods in containers to different UK ports (lift on/lift off). “At the moment almost no companies have that as a secure supply chain,” he said.

Industry is also “looking at what capacity would be available through airlines,” Thompson said, although he pointed out that “in the event of a no deal, lots of people will be trying to fly things through.”

“A no-deal outcome would be catastrophic for medicines supply. I am not pulling any punches – we have to think of emergency powers” – Martin Sawer, HDA

The complexities of the system were also underlined by Sawer, who said the whole integrated medicines supply chain was set up after the UK joined the EU. “It is very sophisticated, twice a day delivery, almost just-in-time. We only have two or three weeks’ stock in a wholesale warehouse, and it is very dependent on supplies coming in when they say they are coming in. Any challenge to that without an arrangement that makes a frictionless border will mean shocks to the supply chain.”

A no-deal outcome would be “catastrophic” for medicines supply, Sawer declared. “I am not pulling any punches – we have to think of emergency powers.” For example, he said, pharmacists should be given wider powers to substitute patients’ medicines if their usual ones were not available, and they should again be allowed to use stocks held by other pharmacies (this is no longer permitted in the UK).

He also controversially suggested that action should be taken to curtail parallel export activity in the event of shortages. He said there were about 2,500 wholesale licences in the UK that allow for the export of UK packs to other countries, “which we would want to keep in the country. Our members have 20 of those licences and distribute 90% of NHS [National Health Service] medicines.” There were a lot of small companies “whose main business is not wholesaling and distribution” and their licences should be suspended “for a limited time.”

“I don’t accept that it takes a year to put up refrigerated sheds, not least because we can now use existing additional storage” – health secretary Matt Hancock

The second session heard health secretary Matt Hancock confirm that the government was indeed looking for more warehousing space. He said that on the day of the hearing, Oct. 23, “we issued an invitation to tender for additional storage capacity.” This would be either “existing storage ready for Brexit-related demand or space that can be converted to medical storage,” or alternatively new facilities could be built. “We are confident that can be delivered in time for March next year,” he stated.

Hancock was dismissive of industry claims that it would take a year or more to build new cold chain warehousing. “I don’t accept this point that it takes a year to put up refrigerated sheds, not least because we can now use existing additional storage, and that is part of our tendering. We can also convert space to medical storage standards, and you can build new facilities. It may be the case that it has taken a year, but you can do it quicker.”

The health secretary was asked on what basis the government had decided to request an additional six weeks of stock. Labour MP Ben Bradshaw said: “The implication is you are confident that within six weeks of a no-deal Brexit you will be able to establish completely alternative supply chains.”

Hancock replied that six weeks was “the planning assumption for how long we need stockpiles until we can resume supplies, either because the blockages at the border are relieved or that there are other routes in place. For example, for isotopes we will switch to airborne supplies, but likewise there is work ongoing on alternative ways of ensuring supply chains.”

The committee’s chair, Conservative MP Sarah Wollaston, wanted to know whether the government had calculated the cost of the new storage facilities, more refrigerated lorries, and other supply chain changes – and who would foot the bill.

“The cost to taxpayers is related to the additional support we will give to industry to ensure they can have that unhindered flow of supply,” Hancock declared. “We want to ensure that taxpayer support is as well targeted as possible. The tender we published today will lead to costs we expect to be in the low tens of millions of pounds for the taxpayer. We haven’t got the exact figure because we are buying the storage capacity from the market and in some cases [it will be] constructed. Of course we will be transparent about those costs once we have made agreements but we don’t have a figure in advance.”

As for how companies would be reimbursed for the additional costs incurred as a result of no-deal, Hancock said the government was “having this discussion on a company-by-company basis. We want to protect value for money. It is very important that this process isn’t gamed and that we make sure companies are appropriately supported.”

He said most of the companies involved were long-term suppliers to the NHS “so we can have a relatively open book discussion with them… we expect a collaborative approach and that is what we’ve mostly got. I’m sure that for a company in these circumstances it might be easier if we simply wrote a cheque but we’re not going to do that because we want good value for money for the support that we give.”