NEST Coordinating Center At Year One: Device Data-Sharing Network In Its Sights

A year after the NEST Coordinating Center was launched, the group has expanded its staff and now it wants to get a data network in place by year's end with real-world evidence information that device manufacturers can use to impress US FDA reviewers. 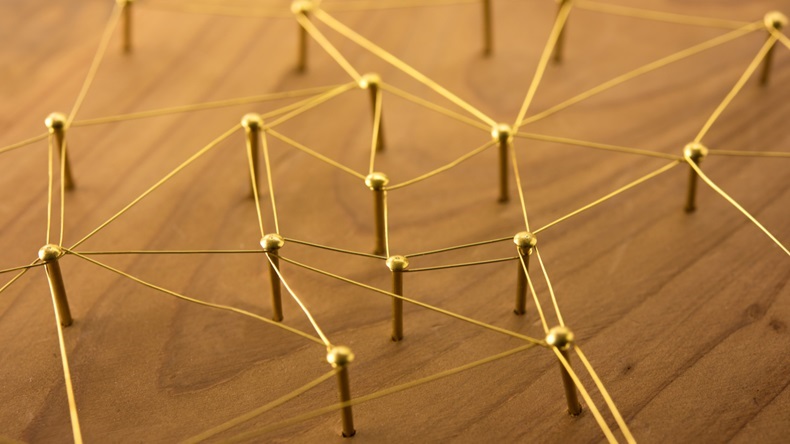 A year after its launch, the National Evaluation System for health Technology (NEST) is on its way to becoming the kind of program envisioned by US FDA to shake up the medical device ecosystem. Over the past year, the NEST Coordinating Center (NESTcc) has gone from a staff of one to five. It also started working on demonstration projects to show how real-world evidence can be used to support product submissions, and is working to develop a network that would allow manufacturers and institutions to share research data.

Changing how the agency reviews medical devices, where traditionally approvals rely heavily on pre-market trial data, has been a calling for FDA Center for Devices and Radiological Health Director Jeff Shuren. Over the past few years, the director has advocated for a new paradigm where products can get approval based on less pre-market data with assurances of collecting more post-market data, which can also support iterative product development. Now that vision is much closer to becoming a reality, thanks in part the work at NESTcc and its executive director, Rachael Fleurence.

NEST was prominently called out in the CDRH 2018-2020 strategic priorities as a key factor in helping the agency understand real-world use of medical devices.

It was originally envisioned as a post-market surveillance tool, but FDA has made a major push for its value as a support for pre-market approvals, and was able to argue for user-fee funding from industry to support that effort. (Also see "Pilot Of New US Evaluation System Will Include At Least Two Devices" - Medtech Insight, 31 Oct, 2016.)

In an interview with Medtech Insight, Fleurence notes that one of NESTcc's main accomplishments last year was to put together a governing committee, which acts as an advisory board that meets monthly. The committee includes representatives from industry health-care provider groups and payers, as well as Shuren and Tamara Syrek Jensen, director of the coverage and analysis group for the US Centers for Medicare and Medicaid Services (CMS).

NEST has signed memoranda of understanding with 10 organizations that represent 55 hospitals and 250 outpatient clinics to be a part of the early data network.

The center has also begun work on several demonstration projects that are intended to show how sharing real-world clinical data can help get medical devices through the regulatory review process. Currently, there are three such projects listed on NESTcc's website, but Fleurence says another nine will be added in the next few weeks.

Since its inception last summer, the governing committee has also approved a strategic plan and vision for NEST outlining its purpose and how it will achieve its objectives. In a nutshell, the committee agreed the program's aim is to be the go-to organization for medical device researchers to conduct real-world evidence studies that can be used to support regulatory and clinical decision-making.

In terms of a strategy, the group agreed the program's priorities were to engage the experts and groups that were already part of its network. There are several demonstration projects that are already fully funded, contracted and have players in place to expedite the data-sharing.

The overall expectation from the demonstration projects, Fleurence says, is that they share their learned experience of challenges faced and how they were overcome. The goal is to iron out any kinks that may arise when the expanded data sharing network is implemented.

The studies that are currently being considered for NEST demonstration projects include those related to pre-market and post-market use cases, as well as label-expansion use cases. The potential studies cover a range of technologies, including cardiovascular devices, imaging technology and diagnostics.

The most important goal for this year, according to Fleurence, is to formally launch an early data network that device manufacturers can work with to support product submissions. Currently, NEST has signed memoranda of understanding with 10 organizations that represent 55 hospitals and 250 outpatient clinics to be a part of the early data network. The center says it will continue to add partners to keep expanding the data network over the year.

Fleurence says NEST was always envisioned as a decentralized data network and, in line with that, the data will be kept behind firewalls at the institutions that are part of the network. The first step, however, is to set up agreements with the organizations on how the data will be shared.

One early success from NEST was helping a pediatric hospital network partner with a diagnostic manufacturer seeking to expand its product labeling to include children.

While there are academic and medical institutions that are currently partnering to develop the data network, there's also been interest from the health-care systems, such as Kaiser Permanente and the research arm of the insurer Anthem.

Fleurence says they would like perfect interoperability in the data network to share information between institutions and organizations, but, realistically, they are a long way from being able to have that kind of compatibility between the various databases. In the short term, institutions that are part of the early data network are curating their data in a manner that is compatible with each other.

"It's not the ideal solution because, ideally, you would want the data to be collected at the point-of-care in a way that's standardized across the country, but that's just not where we're at yet," said Fleurence. "So, there are these intermediary steps we're taking that have been shown to be useful and valid for research purposes."

Established research databases such as PCORnet and Sentinel use a similar curating approach to share data, she notes.

Fleurence says there's been a tremendous amount of interest from health-system providers to work with device manufacturers to start gathering data. While she knew there was interest from device-makers and FDA to get NEST rolling, she was surprised by the uptake from health systems. Based on the response, she believes they will be able to set up the early data network by the end of 2018.

In the process of setting up the network, Fleurence also says she's been working closely with FDA and Shuren, and regularly visits the agency's headquarters in Maryland to talk to medical product review teams and to understand what they need in the data network to support device reviews.

Fleurence says she and her team are helping broker relationships between manufacturers and institutions that routinely collect real-world evidence to support products being reviewed by FDA. One such area that has gained a lot of interest in is label expansion.

"If anything, [something] new I've heard, is this isn't just about the FDA, it's also about planning for getting coverage both from public and private payers," she said. "How can these studies be developed using real-world evidence to support these needs for the medical device industry?"

One early success from NEST was helping a pediatric hospital network partner with a diagnostic manufacturer. The company marketed a test that was approved for adults, but the firm wanted to expand that indication to children. The manufacturer now has access to effectiveness data in the pediatric population that could help expand their label.

Besides this type of "low-hanging fruit" success, as Fleurence describes it, she would like to see the data network expand and be used to support products where data is less available.

"One of our requirements is to support studies that don't currently have registries," she said. "I think that will help us expand outside of the traditional high-risk cardiovascular devices or joint replacements."

[Editor's note:Thank you for reading this article. Please help us to better help you, by taking our Pharma Feedback survey. Not only will your participation help steer our efforts to continually improve the content and delivery of our products – you’ll also have a chance to win one of four Amazon gift cards valued at $100 (US).]