The US agency is looking for ways to open its upcoming Voluntary Medical Device Manufacturing and Product Quality Program – designed to gauge the manufacturing maturity of device-makers – to smaller firms, officials said at a recent industry meeting. Medtronic and Edwards Lifesciences, in particular, noted that using the Capability Maturity Model Integration (CMMI) appraisal framework could allow them to save hundreds of thousands of dollars in FDA submissions and 30-day notice fees, among other expenses. 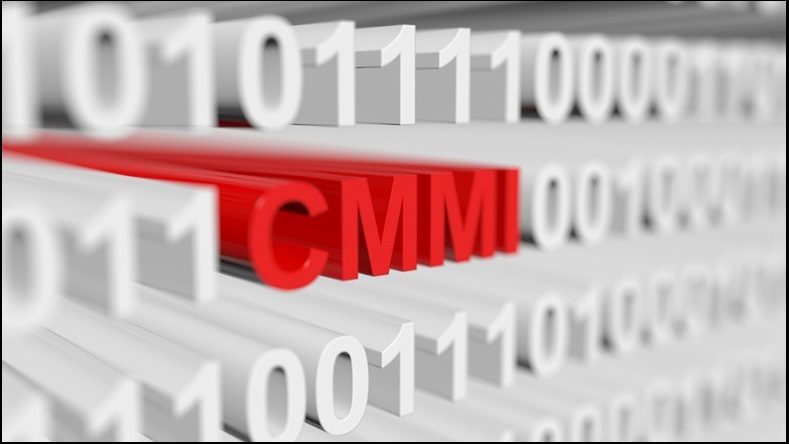 US FDA is looking at ways to enroll a more diverse range of companies in its new Voluntary Medical Device Manufacturing and Product Quality Program, which aims to gauge the manufacturing maturity of device-makers, agency officials said at an Oct. 10 meeting.

Under the pilot, the quality systems and manufacturing processes of participants will be evaluated by third-party auditors against the Capability Maturity Model Integration (CMMI) appraisal framework. Results of a manufacturer's CMMI assessment will be shared with FDA; the agency will then use the information to help shape its regulatory, compliance and enforcement decisions.

Last year, FDA – along with the Medical Device Innovation Consortium (MDIC) – tested CMMI assessments in a "pre-pilot" program involving three unidentified companies. (Also see "Quality On The Brain: FDA Maturity Pilot Aims To Shift Industry's Compliance Mentality To A 'Quality Mindset'" - Medtech Insight, 29 Sep, 2017.) Now the agency wants to roll out a pilot that it hopes will include at least 30 companies and will run from January through December 2018. Manufacturers can enroll now through September 2018, and several companies have already expressed interest, FDA says.

Executives from two of those firms, Medtronic PLC and Edwards Lifesciences Corp., spoke at the meeting and said they believed the program would lead to significant savings.

FDA doesn't expect much trouble recruiting larger firms such as those for its upcoming pilot, but it surmises it might have some difficulty finding an adequate number of small and midsize companies to play. Because the agency wants to make sure that the full pilot tests the maturity model at companies of all sizes, it is considering ways to lower costs or alter enrollment criteria so smaller firms can participate.

“Enrollment is site-specific,” said Sean Boyd, deputy director of regulatory affairs at the FDA device center's Office of Compliance. “We want to enroll a range of sites, so we may include different paradigms.”

CMMI allows appraisers to score where manufacturers fall on a five-tiered maturity scale, with "1" denoting beginner efforts by a firm, and "5" signifying that a company is self-correcting, effectively manages quality and is continuously improving. Developed in the 1990s by Carnegie Mellon University's Software Engineering Institute in Pittsburgh, and now administered by the CMMI Institute, CMMI is based on the Capability Maturity Model. "Maturity" in the context of manufacturing means that companies have adequately developed practices and processes to ensure that quality is pervasive throughout their organization.

FDA and MDIC, which are working together on the pilot, evaluated 22 quality appraisal system models before settling on CMMI because of its flexibility, record of accomplishment, and direct connections to medical device regulations.

Firms that take part in the pilot will qualify for incentives such as waived pre-approval inspections or leeway on 30-day notice manufacturing-change submissions. (Also see "Gifts For Industry: From Waived Inspections To Pre-Market Leeway, US FDA Woos Firms For Maturity Pilot" - Medtech Insight, 25 May, 2017.)

Despite FDA's outreach to smaller and midsize firms, there will still be some gaps in the more representative set of companies chosen for the pilot. For example, there’s no clear process for combination products manufacturers to participate. George Zack, a principal at Michigan-based Two Harbors Consulting, said organizations supporting the pilot program have been speaking with FDA’s drug center and looking for ways to integrate pharmaceutical standards. Zack is working with the CMMI Institute to manage the pilot.

Further, companies that want to join the pilot must have had a “successful” audit within the past four years. FDA defines “successful” as having been inspected by FDA with a result of "No Action Indicated" (NAI) or "Voluntary Action Indicated" (VAI), or by a Medical Device Single Audit Program (MDSAP) auditor with a result of minor nonconformances.

“We want to allow new, struggling firms to participate eventually, but for now we expect sites with a clean compliance record” to participate, Boyd said.

The three device-makers that participated in the 2016 maturity model pilot spent around $25,000 to $30,000 to undergo a CMMI appraisal, said Kim Kaplan, program operations manager at the CMMI Institute. However, she noted, the group hopes to eventually implement a tiered structure that would allow smaller manufacturers to pay less.

A Federal Register notice recruiting participants will be published in the next several weeks. But agency officials stressed that the pilot is still a work in progress, and is expected to evolve. “We don’t know everything yet,” said Robin Newman, director of CDRH's Office of Compliance. “It’s OK to go into this not knowing a lot of the answers.”

Medtronic and Edwards have told FDA they plan to participate in the pilot. Executive from both firms said at the Oct. 10 FDA meeting that they believed CMMI appraisal costs would be offset by savings elsewhere. For example, Nathan Tenzer, director of manufacturing for Edwards Lifesciences, said they expected to save $120,000 in manufacturing submissions costs in the pilot’s first year. Edwards is one of the five manufacturers who have signed up to participate in the pilot as an "early adopter.”

Tenzer was also enthusiastic about the ability to bypass 30-day notices, a submissions process that sometimes leads to unintended consequences, he said. For example, the company chose to install a back-up water circulation loop after learning that upgrades they wanted to make to the system could put the production line out of commission for 12 weeks, once 30-day submission preparation and review was included. The back-up system cost $66,000, while just doing the upgrade would have cost $1,350.

Luann Pendy, senior VP of global quality for Medtronic, seconded Tenzer’s comments about savings. “It’s more expensive to have poor quality than good quality,” she said. For example, Pendy said one large Medtronic facility could save $1.7m by not having to submit 30-day notices. She also noted that each CAPA – a Corrective and Preventive Action following a product nonconformance – can cost a firm $50,000 to $100,000, and responding to an FDA-483 form following an unfavorable agency inspection can cost anywhere from $500,000 to $1.5m.

FDA was surprised to learn how significant the 30-day notice benefit was to manufacturers, said Francisco Vicenty, a program manager for the joint FDA/Medical Device Innovation Consortium Case for Quality.

Thirty-day notices are intended to support changes to the manufacturing procedure in methods of manufacture that don't alter performance or design specifications, or the designated physical or chemical specifications of the finished device. A firm can implement the change 30 days after submission unless FDA notifies the manufacturer that more data is needed before that time. The process was intended as a simple way to update FDA, Vicenty said, but staff working on the pilot program have learned that the wait often delays innovation and causes unnecessary spending as manufacturers install redundant systems to avoid delays.

The project could help improve patient care and increase public trust in the medical device industry by allowing manufacturers to hone in on metrics that matter most to patients, Medtronic's Pendy said. “I believe the maturity model will allow for faster innovations, and generate a level of trust and transparency that’s missing,” she said. “When we have it, we can all meet our mission of treating patients.”

While most comments were positive, meeting attendees showed some concerns. Some manufacturers expressed apprehension after Two Harbors Consulting’s Zack explained that the CMMI Institute has a staff of about 300 auditors certified for medical device facility inspections, all of whom were recruited from a pool of experienced regulatory professionals.

Some companies at the meeting said they were concerned that the relatively small group of auditors might lead to a “bottleneck” and long delays as participation in the program grows. Zack said CMMI has considered that and will ease its standards or allow candidates to apply, rather than recruit, if it becomes necessary.

Another attendee asked whether the group included auditors who had expertise in all device-industry sectors. In response, Vicenty said participants would be visited by auditors with expertise in the company’s sector as much as possible.

Zack also addressed concerns around proprietary information, emphasizing that CMMI wouldn’t share identifiable information without permission. However, he noted, companies can share their results as they see fit, including by discussing it with clients or patients.

“We’re hoping to trend the data to show overall strengths, weaknesses and how companies overcome common obstacles,” Zack said. “And then manufacturers can share it back to show how they’re creating quality.”

FDA will collect comments on the program via the reopened regulatory docket through December 2017, and via the CaseForQuality@fda.hhs.gov email address throughout the pilot.