India's price capping for medical devices is threatening to snowball into a trade tit-for-tat with the US. The US Trade Representative is intervening on the matter at the behest of industry. While a middle path is probably still possible, pro-health groups in India have decried the “reprehensible” US move, and others are suggesting a tax on US luxury goods should the issue escalate. 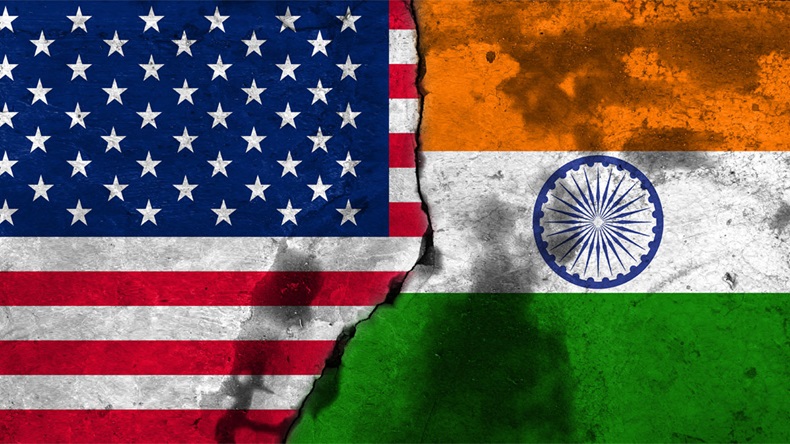 Tensions over India' regulatory actions this year capping prices of first stents and then knee implants has spilled over to trade-war territory after the US medical device lobby group AdvaMed sought the intervention of the US Trade Representative.

AdvaMed recently petitioned the USTR to suspend or withdraw benefits to India under the Generalized System of Preferences (GSP) in view of its failure to provide “equitable and reasonable” access to its market for medical devices. The GSP program essentially permits duty-free entry into the US for specific products from beneficiary countries.

The price caps were instituted for stents toward the beginning of the year and were followed by caps for knee implants handed down over the summer. (Also see "India Strikes Pricing Blow To Knees After Stent Cuts" - Medtech Insight, 18 Aug, 2017.) The actions have also captured the attention of US lawmakers. (Also see "US Trade Rep May Take Enforcement Actions Against India Over Device Price Controls" - Medtech Insight, 21 Jun, 2017.)

AdvaMed’s action, though, has triggered an avalanche of protest in India, with health-advocacy groups opposing what they termed as the US trade association's “barefaced” attempt to intimidate the Indian government and retaliate against its decision to fix the retail prices of cardiovascular stents and knee implants in the public's interest.

“This was an outcome of unethical business practices, established and institutionalized by the leading foreign stent manufacturers," an India-based NGO charged.

All India Drug Action Network (AIDAN), an NGO, has underscored that access to health products is “non-negotiable and that India must not give in to the bullying tactics of the US-based medical devices industry."

AIDAN referred to data from India’s drug prices regulator, the National Pharmaceutical Pricing Authority (NPPA), which claimed that stents were being sold by hospitals at unreasonable mark-ups compared to the price at which they were procured – 436% for bare metal stents and 654% in the case of drug-eluting stents, on average.

“This was an outcome of unethical business practices, established and institutionalized by the leading foreign stent manufacturers, which rely upon commissions to hospitals and kickbacks to members of the medical fraternity to boost sales and gain market share," AIDAN charged in an Oct. 25 statement. "Helpless patients were therefore being charged artificially inflated prices that bore no relation to the manufacturing or import costs."

Political voices also joined the protest, with Dharamvira Gandhi, a member of Parliament, underscoring that India should not buckle to pressure from industry or the US and it should “uphold the sovereign right to protect people’s health”. Gandhi’s Oct. 25 note to India’s Commerce and Industry Minister Suresh Prabhu, pressed for the Competition Commission of India to probe the issue of device manufacturers allegedly “acting in cohort” with hospitals to keep prices high.

Gandhi added that should the US withdraw GSP, in part or full, India must retaliate by raising tariffs, not just on medical devices where domestic manufacturing capabilities exist, but also on some luxury goods, such as Harley Davidson bikes.

Foreign device manufactures, however, maintain that India’s pricing mechanism for medical devices “should not strangulate” the flow of innovative and critical care devices in the country. Both pharmaceutical and medical devices firms have long maintained that pricing of products cannot be viewed in isolation. Affordable health care, they assert, is not only about the price of a medicine or a device, but also the associated costs of care – diagnostics, hospital charges, doctor fees, sometimes unnecessary tests and other costs that pile up for patients.

This is reflected in AdvaMed’s Oct. 17 statement, which notes that India’s singular focus on controlling ceiling prices of high-quality medical devices, without any attempt to address the larger picture and correct inefficiencies in the health-care system, will not achieve its intended benefits. “Recent reports indicate that the lowering of prices on medical devices – which are only one component of overall procedure costs – are not being passed along to patients. Price controls may also block innovations and limit patient access to the best available care.”

Industry’s arguments appear to hold true on the ground, at least in some specific instances. In one such case, Medtech Insight learned that overall costs for a knee implant procedure before and after the price cuts were almost on par, as prices of other costs in the hospital increased, making up for the price reduction in the device.

One industry veteran told Medtech Insight that the entire device price cap issue could perhaps have been “handled differently," targeting high trade margins instead. Discussions around capping distributor and retailer margins for devices are already believed to be underway.

The Medical Technology Association of India (MTaI), whose founding member companies include Johnson & Johnson, Bausch & Lomb, Smith & Nephew, and Boston Scientific Corp., among others, indicated earlier this month that it endorsed the Department of Pharmaceutical’s trade margin rationalization committee report to ensure that industry viability and continued supply of critical care medical devices is balanced with patient access, though specifics are not immediately clear.

But, in the interim, price cuts have irked industry's big names. Indian device price cuts were mentioned in J&J’s recent Q3 earnings call. The company’s management referred to it as a “much more extreme example of what we've seen in other marketplaces, which are a lot more moderated.”

Another industry watcher with a foreign firm told Medtech Insight that the NPPA decision to turn down foreign firms’ requests to pull their products from India was perhaps the last straw. This was further complicated by ongoing “conflicting signals” and a situation of general mistrust. “We don’t know what next now,” the industry expert said.

There is also concern among some in industry about the prospect for India’s price-cap approach to be modelled by other countries in the region that are grappling to rein in health-care costs.

“For example, the Asian Harmonization Working Party (AHWP) meeting scheduled later this year, though essentially about harmonizing medical device regulations in the Asian and other regions, can potentially be a useful platform to exchange ideas, even unofficially, and pricing issues are generally of interest to everyone,” an industry expert said. Medtech Insight has no official word on the final agenda of the AHWP meeting, slated for early December in New Delhi, and whether there is any real scope for price-related discussions at all.

A letter from Lighthizer to India’s minister of commerce and industry, Suresh Prabhu, in September followed up on concerns relating to the price control policy for stents that were raised during Indian PM Narendra Modi’s visit to the US in June.

Among the string of points highlighted, the USTR notes that the pricing policy has created “serious problems” for US companies selling these products in India. The letter dated Sept. 18, in particular, notes that the NPPA order on stents does not sufficiently differentiate drug eluting stents based on the level of technology, affecting the most innovative and advanced stents, most of which are imported into India.

“The ceiling price under the NPPA order is also below the cost of production for the most innovative stents,” Lighthizer said. Besides, tensions have intensified since the NPPA isn’t immediately allowing US firms to withdraw their products from India.

“By creating a more proactive process to assess beneficiary countries’ eligibility, the US can ensure that countries that are not playing by the rules do not receive US trade preferences. This sets the correct balance for a system that helps incentivize economic reform in developing countries and achieve a level playing field for American businesses,” Lighthizer said in the statement.

Meanwhile, it appears there have been some ongoing efforts to reach a middle ground, if not an understanding, to avoid further pain on both sides.

Lighthizer’s letter also adds that the US government is committed to working with India to identify “a policy solution” that will address the Indian government’s priorities related to patient costs, but will also promote trade, innovation and access to the most advanced technologies.

“A middle path - containing trade margins and no further major price action – should possibly be considered for now to avoid things spiraling out of control,” the veteran added.

The device caps issue was expected to feature at the US-India trade policy forum in Washington on Oct. 26, though specifics on the overall meeting are not immediately clear. Minister Prabhu tweeted that he had engaged in positive discussions with Lighthizer in the US. “Despite differences over minor issues, alignment on capturing the huge potential of bilateral trade,” the minister’s tweet read, though there’s no clarity if any of these references pertain to medical devices. Some reports in the Indian media said that Prabhu emphasized that India desires to address the concerns of providing affordable healthcare to its citizens and “at the same time work towards striking a balance between affordable healthcare needs and introduction of high-end technology”.

While the jury may still be out on how the Indian device price caps row will eventually play out, industry experts caution that a complete pull back by India doesn't not seem very likely, given the move has been publicly recognized by no less than Prime Minister Modi. On May 26, India’s Department of Pharmaceuticals tweeted that savings that have resulted from the price cap on coronary stents are estimated at INR44.50bn.

And then there is the timing – with India heading into general elections in 2019, any pull back will be great domestic political fodder to highlight US influence on Indian policy. Striking a balance between business and vote-bank interests is unlikely to be an easy task.