Digital physician engagement channels appear to be closing in on the traditional face-to-face approach, with China surging ahead on the digital path. The US and China appear more or less in sync when it comes to self-directed web-detailing, while AstraZeneca, Lilly and GSK lead the charts in terms of digital engagement as perceived by healthcare professionals, a new survey shows. 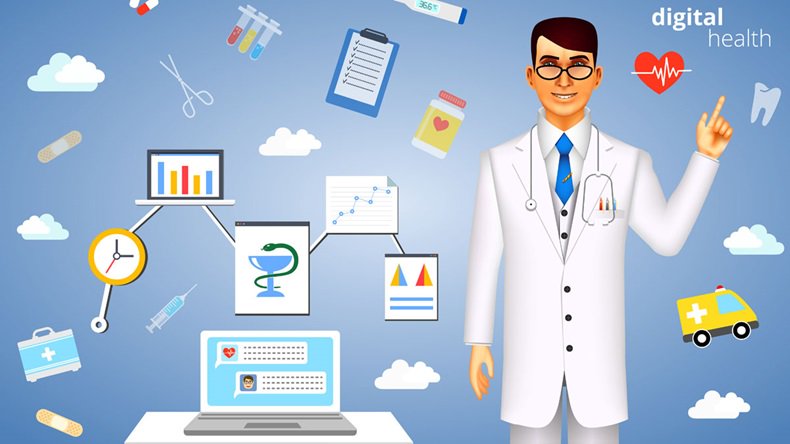 It’s probably time to consider upping your firm’s digital ante or at least tweaking it to a more rational digital versus traditional channel mix to engage with healthcare professionals (HCPs), if a 2017 survey by the healthcare solutions provider Indegene is anything to go by.

“The world is moving towards an omnichannel space, where engagement needs to be contextualized, integrated and seamless. HCPs want on-demand engagement and life science companies have started to close the gap. It’s interesting to see that what started as augmentation has steadily grown towards preference,” Indegene’s executive vice president, Gaurav Kapoor, told Scrip.

Websites, key opinion leader (KOL) webinars and self-directed web detailing are the top three digital channels, according to the survey, which covered 1,276 HCP respondents, from the US, China, and the rest of the world (ROW) markets (India, the UK, Europe, Australia and Malaysia). Specialists accounted for 57% of the HCPs surveyed, with 40% of the respondents from the US, 34% from ROW and 26% from China.

KOL webinars and medical science liaisons (MSLs) were among the most effective in terms of HCP engagement “influence”, while web banners and marketing e-mails rank high in terms of channel reach. Reach and influence of digital channels are not really directly proportional, the survey suggested, as evidenced from the low reach of MSLs but high influence. Previous studies have indicated that KOLs generally prefer to engage with MSLs compared with sales representatives and value these engagements significantly.

Pharma's Medical Liaisons: From KOLs To Outcomes And Virtual Options

Indegene clarified to Scrip that the study is around “engagement influence” and does not really correlate this to prescriptions generated.

“We have not referenced any of our findings to higher prescription rates. But if a HCP is engaged with right content through right channels, this can be a changer,” it explained.

Digital adoption was the highest among cardiologists, general surgeons, pulmonologists, endocrinologists and oncologists. Specialties such as orthopedics and dermatology displayed a low digital affinity, with Indegene suggesting that this was largely on account of the “nuances in treatments” being less critical in these areas.

While China and the US are almost on a par in terms of channel performance when it comes to face-to-face tablet enabled interactions with HCPs, the picture is distinctly different in some of the other channels. For instance, China far surpasses the other markets when it comes to preference for KOL webinars – ditto for rep-triggered e-mails. However, the MSL channel performance is way ahead in the US and ROW compared with China.

China unsurprisingly leads the digital march and the survey says it is the fastest growing digital country in the world with 61% of HCPs willing to participate in remote virtual engagements and over 75% recommend on-demand interactions versus scheduled meetings. (Also see "Caution Advised In China’s Digital Dash Into Healthcare’s Future" - Scrip, 28 Sep, 2015.)

Some experts say China’s rising digital curve is, in part, on account of the crowded out-patient departments and stricter regulations concerning HCPs meeting with reps in the backdrop of past pharma corruption scandals in the country. A study by Indegene in 2014 revealed that physicians in China - mainly specialists such as pulmonologists, cardiologists and gastroenterologists - preferred rep visit frequency to be only once in one-two months. (Also see "What Chinese healthcare professionals want" - Scrip, 1 Aug, 2014.)

The 2017 survey also indicates that AstraZeneca PLC, Eli Lilly & Co. and GlaxoSmithKline PLC are perceived by HCPs to be “ahead of the curve” in meeting their digital engagement needs, while Roche appears to be lagging the rest, at least for now. Merck & Co. Inc. and Pfizer Inc. have witnessed a drop in their perception score versus the previous survey.

Roche’s seemingly slower digital thrust, or at least that perception by HCPs, is noteworthy especially given that oncology is one of the segments with high digital affinity, as per the survey. Asked what the key takeaway therein was, or whether fewer oncologists formed part of the survey, Indegene said: "Although Roche is a successful oncology company, the digital engagement is not as high. There is a gap between demand and supply of digital to the HCPs."

Companies like GlaxoSmithKline have been building on remote engagement initiatives with HCPs in developing markets like India as well. GSK India has, among other efforts, rolled out a digital initiative in the CNS segment, with an expert digital meet in the area of bipolar disorder in the Indian perspective.

Last year, an Indegene survey suggested that by 2018, 19% of the pharma industry's marketing budgets will be spent on non-personal digital channels, up from an average of 14.85% in 2016. The survey, which drew insights from over 100 pharma marketers at the top 40 life science firms across the US, Europe, Asia Pacific and China representing commercialization functions, indicated that China and the US are ahead of the curve in non-personal digital spend with 33% and 31% of pharma marketers respectively spending over 20% annually. (Also see "KOL Webinars Get Maximum Bang For Pharma's Digital Buck?" - Scrip, 15 Nov, 2016.)