Sponsored plotline for General Hospital was careful to avoid irking US FDA; agency withdrew its guidance on disease awareness campaigns in 2015, but its influence appears to be continuing, according to a former official. 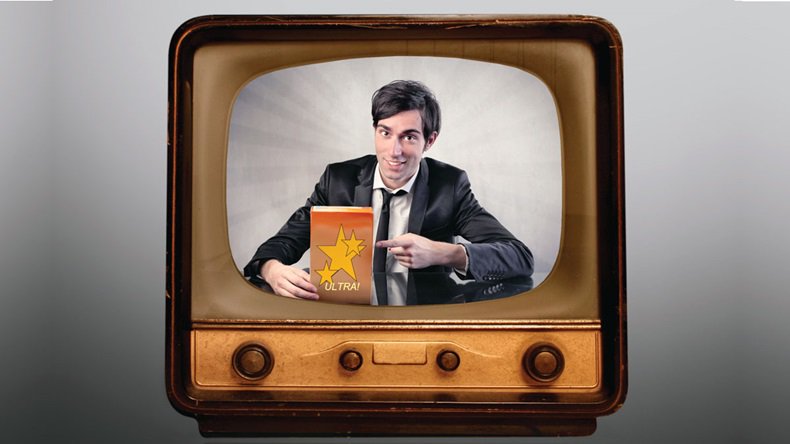 Withdrawn but not forgotten may best describe the impact of the US FDA's draft guidance on disease awareness campaigns, which was issued in 2004 and withdrawn in 2015. A plot line embedded in a recent episode of General Hospital, however, shows that industry still is conscious of that guidance, according to a former FDA official.

In the daytime soap opera's segment, created under an agreement with the Incyte Corp., a patient expresses dissatisfaction with the standard options for treating Polycythemia vera (PV), such as phlebotomy.

"This protocol sounds like you are treating the symptoms of this cancer; how do we beat it?” she says of PV, a type of myeloproliferative neoplasm (MPN).

"That’s it?" the patient continues. "I have to keep going to bloodlettings for the rest of my life?”

The plotline was the subject of an article published online May 18 in the Journal of the American Medical Association, arguing the script seems tailored to support Incyte's sole FDA-approved product, Jakafi (ruxolitinib), a Janus kinase 2 (JAK2) inhibitor, though the show does not mention the drug, even in general terms.

"This was skillfully done," former FDA associate commissioner Marc Scheineson said. "They didn't imply that there was a drug out there that could resolve a disease that had a genetic basis, so the dots weren't closely connected."
"Although several older drugs (such as hydroxyurea, aspirin, and interferon) are used for treating PV, and anagrelide is approved for the treatment of thrombocythemia associated with PV, ruxolitinib is the only FDA-approved medication that targets the underlying genetic mutation in the JAK2 gene, present in nearly all patients and thought to drive the disease process," Sham Mailankody of the Sloan Kettering Cancer Center and Vinay Prasad of the Knight Cancer Institute write in the JAMA viewpoint essay.

"The comments of the character on the soap opera expressing dissatisfaction with phlebotomy or treating just the 'symptoms' may constitute subtle promotion of ruxolitinib."

In addition, they write, the General Hospital segment might lead to overdiagnosis. "While it is unlikely that a genetically defined cancer could be overdiagnosed, it remains possible with PV," they write. For example, "JAK2 mutations are neither sensitive nor specific for pathology and have been increasingly noted in healthy individuals, and the symptoms experienced by PV patients can be vague, including headache, fatigue, tinnitus, excess sweating, arthralgia, and abdominal discomfort."

In fact, they write, citing a 2008 article in Blood, "experts caution that 'no single diagnostic test and, frequently, no combination of diagnostic tests, is sufficient to establish the diagnosis of' PV."

Thus, they write, "in the absence of precise diagnostic criteria and presence of a relatively large reservoir of the genetic mutation, disease awareness of PV may merely result in the disease label being applied excessively."

The JAMA article will pique FDA's interest in the TV segment, according to Marc Scheineson, head of food and drug law at Alston & Bird and FDA associate commissioner for legislative affairs from 1990 to 1993.

"The agency will take a look at it," he told Pink Sheet.

However, he said, the script is written in a way to avoid violating the spirit or the letter of the ghost disease awareness guidance, porous as that was. (Also see "Disease-Awareness Ads Thrive In Regulatory No-Man’s Land" - Pink Sheet, 29 Sep, 2014.)

"This was skillfully done," he said. "They didn't imply that there was a drug out there that could resolve a disease that had a genetic basis, so the dots weren't closely connected."

In addition, he said, FDA may be reluctant to clamp down "given the pushback from the courts on commercial free speech and the benefits of identifying a real disease that has real symptoms." (Also see "Drug Promotion: FDA Loosens Reins But Industry Wants More Room To Run" - Scrip, 18 May, 2017.)

Of course, if the agency wanted "to fire a warning shot, if this is going to become prevalent, and this is pushing the envelope," they could, Scheineson said. However, he said, "I think it could be defended."

The agreement to put the plot line in the General Hospital episode is helpful for patients, according to Catalina Loveman, a spokeswoman for Incyte.

"Earlier this year, Incyte teamed up with ABC's daytime drama General Hospital on a disease education storyline to shed more light on MPNs, specifically PV, and bring to life the PV patient experience," she said in an email dated May 25. "ABC and Incyte have been transparent about the partnership in all related materials."

Raising disease awareness is important, according to a 2008 statement of principles on direct-to-consumer (DTC) advertising from PhRMA.

"DTC advertising of prescription medicines can benefit the public health by increasing awareness about diseases, educating patients about treatment options, motivating patients to contact their physicians and engage in a dialogue about health concerns," it says.

Thus, there's no harm in the kind of plot line placed in the General Hospital episode, according to John Kamp, executive director of the Coalition for Healthcare Communication.

"It might be actually a great service to a population that might otherwise be hard to reach … people who are home watching TV during the day – it could be a lot of caregivers and patients," he said.

Yes, he said, the plotline strategy is "pretty aggressive – creative, maybe." But patients are not left to their own devices, he said.

"I'll leave it to the learned intermediaries," Kamp said. "The idea is not to get diagnoses; the idea is to get people to ask questions."

Others take a less charitable view, however. Doris Peter, for example, says the deal will drive people to seek diagnoses for diseases they don't have.

"It's sort of the ultimate product placement situation, [creating] a slippery slope of [the] sort of overdiagnosis, overtreatment situation that we already face," said Peter, director of the Consumer Reports Health Rating Center. "So it's just sort of propagating that whole mentality."

Michael Carome, director of the Health Research Group at Public Citizen, has similar concerns, likening the plot line to efforts to promote awareness of low testosterone, or "low T," an issue on which he testified. (Also see "Testosterone Petition From Public Citizen Eyes Industry Bias In Risk Findings" - Pink Sheet, 25 Feb, 2014.) He doubts the FDA could take action on the General Hospital plotline, however.

"There's no way that, given the existing law and regulations, the agency would ever be able to have oversight of this type of communication," he said. "It doesn't regulate commercials that promote disease awareness, so it's not fathomable for them to insert themselves into regulating scripts for TV shows."

No Plans To Reissue Guidance

Nor is Carome clamoring for FDA to reissue the draft guidance, which said that "where a supposed disease awareness communication is determined to, by implication, identify a particular drug or device, the communication can be considered labeling or advertising and can therefore be subject to regulation by FDA."

"Would reissuing guidance on this make a big difference?" he said. "Probably not – they would probably say what they previously said."

According to an FDA spokesman, citing the agency's guidance agenda, FDA has no immediate plans to issue new disease awareness guidance.

In years past, FDA has issued warning letters when disease awareness crossed the line into drug promotion. (Advertising letters in general have been declining recently.)

In 2010, for example, FDA wrote to Novartis, saying a pair of websites constituted indirect forms of promotion of Gleevec (imatinib mesylate), a treatment for gastrointestinal stromal tumors (GIST) and chronic myeloid leukemia (CML).

"While not using the established name of the Novartis drug product – Gleevec – the two Novartis-sponsored websites, www.gistalliance.com and www.cmlalliance.com, effectively promote this drug product for the treatment of GIST tumors and CML, respectively," the agency said. (Also see "US FDA warns company that disease-awareness websites are "branded" promotional material " - Pink Sheet, 10 May, 2010.)

Incyte took care to avoid a similar response, according to Scheineson.

"I think it will get scrutiny in the [Office of Prescription Drug Promotion], but I think they'll be reticent to pursue enforcement action" because it's inside the boundaries of what FDA considers disease awareness, he said. "It is definitely the edge of the envelope and very intriguing," he continued. "And I think when you look at this and step away from it, that connection arguably was not made, which would have strengthened the case for enforcement."