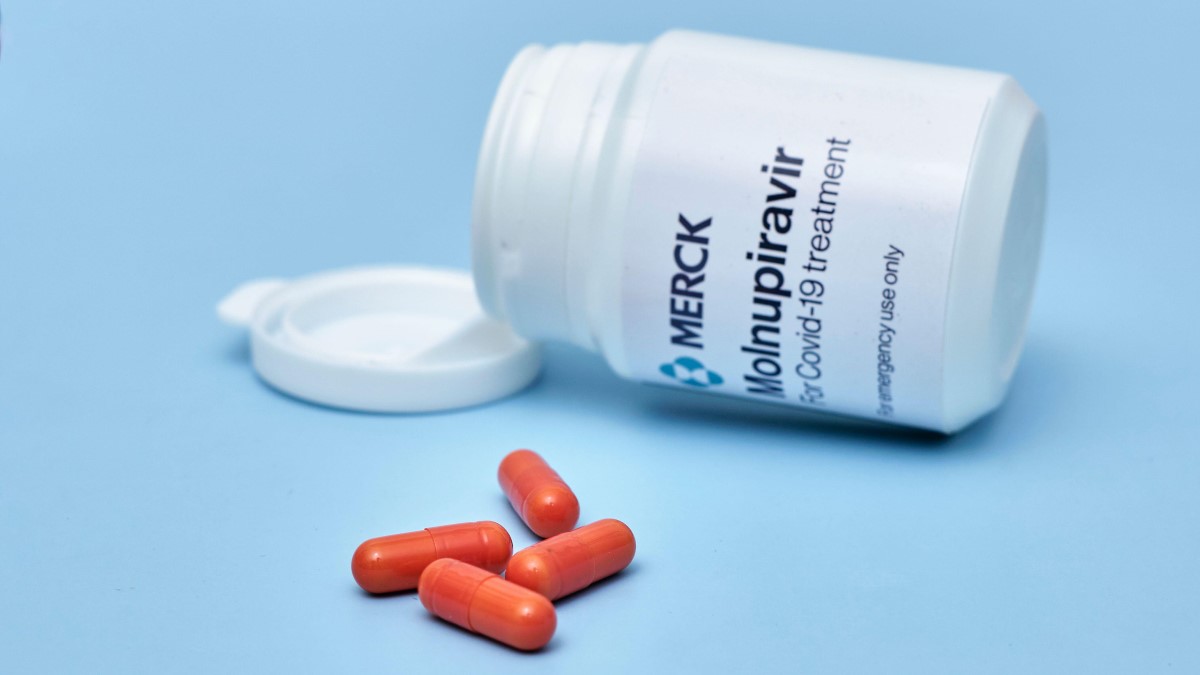 A slim majority of US Food and Drug Administration advisory committee members concluded that Merck & Co., Inc.’s molnupiravir showed sufficient efficacy in reducing hospitalizations and deaths in those with mild to moderate COVID-19 to outweigh potential risks. But many expressed reluctance in making this call and recommended that the company conduct additional studies, including in the vaccinated and immunocompromised.

At its 30 November meeting, the Antimicrobial Drugs Advisory Committee voted 13-10 that the known and potential benefits of molnupiravir outweigh its known and potential risks when used for the treatment of mild to moderate COVID-19 in adult patients who are within five days of symptom onset and are at high risk of severe COVID-19, including hospitalization or death.

The drug is the first oral antiviral to be reviewed by the agency. Four members suggested that its authorization be reconsidered if the agency grants EUA to another medication with better efficacy and fewer safety concerns.

If FDA feels the same way, it may get to act on that advice soon. Pfizer Inc. submitted an EUA for Paxlovid, a combination of the protease inhibitor PF-007321332 and ritonoivr which showed an 89% reduction in risk of death for non-hospitalized infected patients at high risk of progression to severe illness, on 16 November. (Could This Be Pfizers Biggest Week At The US FDA For COVID Products)

Panel chair Lindsey Baden, director of clinical research in the division of infectious diseases at Brigham and Women’s Hospital, said he agreed with the views of those who voted yes and those who voted no on molnupiravir.

“I see this as an incredibly difficult decision,” he said. “There are many, many more questions than answers. However, as I see the regulatory framework, are there circumstances where the benefit may exceed the risk? And I think the mortality data [is] compelling.”

However, he noted that the data in the studies was conflicting, as mortality went the wrong way in the inpatient study, and in the Phase III study, there was tremendous efficacy in Part A but not Part B. He said this suggests there are populations which may benefit from the drug.

“That then puts a burden on the agency and on the applicant and on the community to continue to vigorously study [molnupiravir] so that we can better define who’s likely to benefit,” Baden stated.

Merck’s request for emergency use authorization is based on an interim analysis of part two of the Phase III trial MK-4482-002, in which 775 outpatients were randomized to receive 800 mg of molnupiravir or placebo for five days. The primary endpoint was the percentage of participants who were hospitalized for ≥ 24 hours for acute care or died from any cause through Day 29.

In this interim population all cause hospitalization or death through Day 29 was 7.3% (28/385) for the molnupiravir group and 14.1% (53/377) for the placebo group. The relative risk reduction of molnupiravir compared to placebo was 48%.

In its briefing documents for the meeting, FDA noted that on 22 November, it became aware of topline safety and efficacy results from the full population of 1,433 randomized participants. In the updated analysis, all cause hospitalization or death through Day 29 was 6.8% (48/709) for the molnupiravir group and 9.7% (68/699 ) for the placebo group. The relative risk reduction of molnupiravir compared to placebo was 30%. (Merck Molnupiravir Advisory Committee To Consider Pregnancy Risk Viral Mutations)

Sankar Swaminathan, chief of the Division of Infectious Diseases at the University of Utah School of Medicine, who voted no, said he felt the overall absolute effect in the total trial population was modest at best. He also said the risk of potential birth defects has not been adequately studied.

“For me it was important to consider the results of the clinical trial in total and not get too obsessed with why the second half of the trial looked different,” Sascha Dublin, senior investigator at Kaiser Permanente Washington Health Research Institute, who voted yes, said.

During the meeting, Baden asked Merck why the mortality benefit was enhanced in the first part of the Phase III study but not the second half and why the clinical benefits seem to be inverted in the second half.

Merck’s Nicholas Kartsonis, senior VP clinical research, infectious diseases/vaccines, said Merck has not identified a specific factor that is driving the efficacy effect and the diminution of mortality. He noted that the second part of the study after the interim analysis enrolled an older population with more diabetes. In addition, he said there were more women in the second part of the study, which has been associated with less risk, and more patients that are antibody positive.

“We may have been in a situation where we’re catching people later in the course of disease,” he said. “It doesn’t really add up to us. Obviously, we expected some potential regression to the mean, but we didn’t expect that we would see this absolute reduction, as the FDA noted, in the placebo without a corresponding drop in the molnupiravir arm.”

Kartsonis added that there’s no clear explanation for the lower mortality. He noted that the study recruited more participants in Europe in the second portion of the study, which tended to include almost all those with the Delta variant.

Viral Mutations ‘Could Be Catastrophic’

James Hildreth, president and CEO of Meharry Medical College, said it was easy for him to vote no. He said the genotoxicity and immunogenicity data raised more questions than answers. He also said there was a major concern that the drug could drive COVID-19 variants into the public.

Earlier in the meeting, he said that even if the probability that the drug would induce an escaped mutant that vaccines do not cover is very low, it “could be catastrophic for the whole world.” He asked Merck representatives if they have data to estimate the likelihood of this happening.

Kartsonis said Merck did not have this data but that “at least proportionately, we’re not seeing an increased rate in the Phase III population in terms of unusual spike variants being formed relative to placebo.”

Molnupiravir inhibits SARS-CoV-2 by causing accumulation of nucleotide changes in viral RNA, which ultimately render viral populations less fit or unviable. FDA said that in theory, the random viral RNA mutagenic effects of molnupiravir treatment could result in genetic changes anywhere in the viral genome, which under certain conditions could impact viral susceptibility to other antiviral agents or to the host immune response.

Several committee members commented that the risk of viral mutations is fairly small. Some suggested doing a study in immunocompromised individuals and others noted that mitigation strategies could limit exposure of household members.

Pregnancy And Populations For Authorized Use

The FDA asked the committee what the appropriate population is for receiving the drug. The agency particularly wanted to know about its potential use in pregnancy since embryofetal toxicity and effect on formation of bone and cartilage development are potential safety concerns based on studies in rats and rabbits.

FDA’s Aimee Hodowanec, senior medical officer in the Division of Antivirals, said the agency is considering two approaches to authorization. Under the first approach, molnupiravir is not authorized for use during pregnancy. She said this would be appropriate if there are no scenarios in which the benefit of the drug is thought to outweigh the risk during pregnancy. Under the second potential approach, molnupiravir is not recommended for use in pregnancy but the drug could be used under the EUA during pregnancy in certain clinical scenarios in which a clinician determines the benefit outweighs the risk.

Committee members said they would not recommend use of molnupiravir in pregnancy but that women should be able to decide with their health care providers if they want to take it. Janet Cragan, National Center on Birth Defects and Developmental Disabilities at the US Centers for Disease Control and Prevention, recommended requiring pregnancy testing before treatment. Dublin, of Kaiser Permanente, agreed with this recommendation.

As for use in other populations, Dublin said she favored approving it for individuals who are unvaccinated and for vaccinated individuals with a poor immune response, which she said could be based on factors such as being over the age of 75 or being immunocompromised.

Several members suggested that use of the drug be limited to those aged 60 and older.

Dublin said it would be important to continue to do efficacy monitoring and determine if the drug is more effective against the Delta variant.

“Ideally, I would love to see a head-to-head trial against an alternative [therapy], such as monoclonal antibodies,” she said.

Baden said there need to be studies in vaccinated individuals, those with prior infections, and in the immunocompromised to understand safety, the multiple cycles of replication, and the risk of emergent variants.