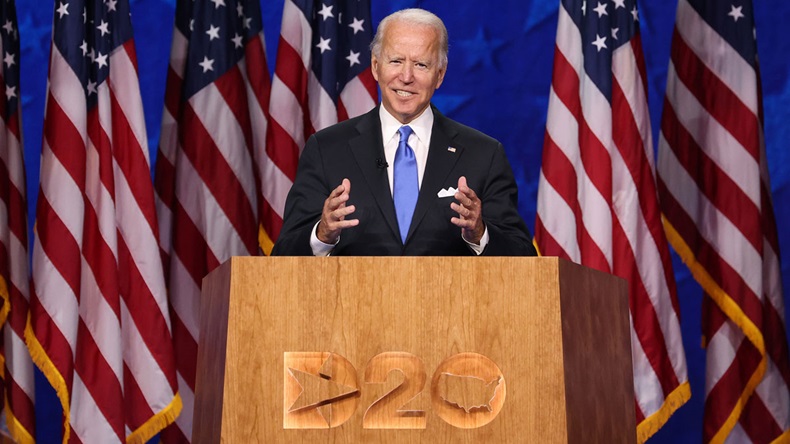 The Joe-Biden-For-President campaign is kicking off with a tone that is far removed from the all-out attacks on the drug industry that looked like a certain focus for the 2020 election cycle when the year began.

Unfortunately for the drug industry, it is not so much that Biden and the Democratic Party have dropped their efforts to enact sweeping changes to the free pricing model that has defined the US pharmaceutical marketplace. It is just that it has fallen well down the priority list.

The tone was set on the opening night of the Democratic National Convention, 17 August, when Biden’s one-time rival for the nomination – Vermont Independent Sen. Bernie Sanders – told supporters that defeating Trump has to be the top priority. “If Donald Trump is re-elected, all the progress we have made will be in jeopardy," Sanders said. So, “I will work with progressives, with moderates and, yes, with conservatives to preserve this nation from a threat that so many of our heroes fought and died to defeat.”

In other words, Medicare for All can wait.

The outlook for the “First 100 Days” for Biden seems clear: get the COVID-19 pandemic under control (hopefully with the help of one or more safe and effective vaccines), start rebuilding the economy, and focus on building racial justice. (Also see "Biden Health Plan: Think ‘Health Security,’ Not ‘Medicare For All’" - Pink Sheet, 3 Jun, 2020.)

Attacking the pharmaceutical industry seems, for now at least, well down the list. When the year began, who would have predicted that saving the Post Office would be cited more often by DNC speakers as a critical priority than taking on the drug industry?

Biden himself made only the briefest reference to the topic when he accepted the nomination on 20 August, promising to deliver “a health care system that lowers premiums, deductibles, and drug prices by building on the Affordable Care Act he's trying to rip away.”

Alas for the industry, it probably won’t take too long for challenges to emerge – if only because, sooner or later, the trillions of dollars of pandemic relief funding pumped into the economy will have to be paid for somehow.

And, while it may not have been central to the convention, the idea of enforced price “negotiation” is very much part of the Democratic platform. (Also see "Biden-Sanders ‘Unity Platform’: Moderate On Coverage, Extreme On Drug Pricing" - Pink Sheet, 16 Jul, 2020.)

True, it only merits two paragraphs in the formal plan adopted at the convention, but that still makes for a tough read for brand companies:

"Too many Americans struggle to afford the prescription drugs they need to get or stay healthy. No American should find themselves foregoing or rationing medications because they can’t afford to pay – especially when taxpayer money underwrites research leading to the development of many prescription drugs in the first place. Democrats will take aggressive action to ensure that Americans do not pay more for prescription drugs than people in other advanced economies, and ensure that all necessary medications are covered. We will empower Medicare to at last be able to negotiate prescription drug prices for all public and private purchasers – for families and businesses, as well as older Americans  – no matter where they get their coverage. We will also prevent the price of brand-name and outlier generic drugs from rising faster than the inflation rate. We will cap out-of-pocket drug costs for seniors, and ensure that effective treatments for chronic health conditions are available at little or no cost.

"For too long, prescription drug companies have gamed the system to justify their price increases by any means available. Democrats will crack down on anti-competitive efforts to manipulate the patent system or collude on prices. And we will eliminate tax breaks for prescription drug advertisements."

Still, it certainly appears that the drug industry will find itself comfortably out of the spotlight as the Biden campaign revs up. Now, if only President Trump would play along.  (Also see "Biopharma, the White House And Getting Drug Pricing ‘Off The Table’" - Pink Sheet, 28 Jul, 2020.)