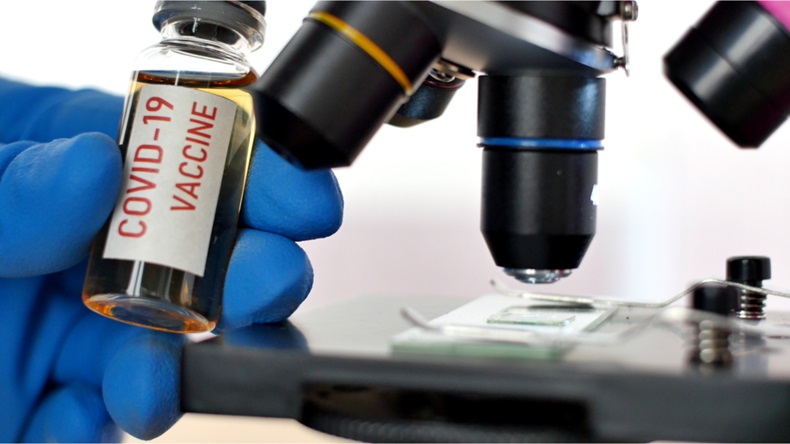 The tie-up comes amid some concern around the speed at which Sputnik V made it to registration in Russia, backed by limited data, going by what has traditionally been considered as adequate. But RDIF has maintained that the vaccine’s human adenovirus dual vector platform will provide a “safe and scientifically validated” option to India in the battle against COVID-19.

RDIF, Russia's sovereign wealth fund, expects to supply Dr Reddy’s with 100 million doses of the vaccine once approved in India. Deliveries could potentially commence in late 2020, subject to completion of successful trials and registration by the Indian regulator.

It’s not immediately clear if more partnering options for Sputnik V in India are under consideration. In August, local media reports said that India and Russia were in discussions for the potential production of the vaccine, and Indian Immunologicals has since been reported as being in early discussions.

Dr Reddy’s senior management outlined some of the key factors driving its partnering optimism for Sputnik V. Deepak Sapra, global head of the firm’s pharmaceutical services and active ingredients business, explained that the “well-established” adenovirus vector platform is one on which several commercial vaccines available globally for several decades have been based.

In addition, the human genome used in the vector means the “likelihood of a greater acceptance in the body. That’s what the science says and all of it is getting validated through the trials,” Sapra told Scrip.

Kirill Dmitriev, CEO of  RDIF, has emphasized that the platform of human adenoviral vectors at the core of Sputnik V has been tested in over 250 clinical studies over decades, and has been found safe with “no potential negative long-term consequences.”

Further, Dr Reddy’s also referred to encouraging early study trial results with the candidate; antibody titers showed “very consistent” results. “This was a very important data point for us and was also published in international journals. We had a chance to review this data and the fact that it gave very good antibody titers and consistent results was also a very significant factor in our choosing this vaccine,” Sapra explained.

There have, however, been some concerns internationally around the early data for the vaccine. On 4 September, peer reviewed Phase I/II trial data were published in The Lancet, suggesting no serious adverse effects and a “stable” immune response in 100% of participants, though the study covered only 76 patients.

A group of scientists signed an open letter to The Lancet's editor, expressing worries around the data and alleging there were several data patterns which appear repeatedly for the reported experiments. The Russian developer, the Gamaleya National Research Institute of Epidemiology and Microbiology, was reported to have rejected the assessment in the open letter.

Phase I and II trials of ,the Russian coronavirus vaccine were completed on 1 August, with no “unforeseen or unwanted” side-effects observed in participants. Sputnik V was registered by the Russian Ministry of Health on 11 August, making it the world’s first registered vaccine against COVID-19.

Post-registration trials involving 40,000 volunteers are currently ongoing and the first results of these are expected to be published in October-November this year.

Dr Reddy’s also plans to conduct Phase III trials in India to meet the requirements of local regulators. “The way we want to design the protocol is to make sure that it is very closely connected to the global trials as well as all the requirements from an Indian standpoint are getting fulfilled,” Sapra said.

Meanwhile, Dr Reddy’s also sought to allay any concerns around its so far limited engagement in the vaccines segment, more so given the logistics and cold chain requirements that are likely to be needed should the vaccine become available for distribution in India.

Sapra explained that the company's distribution network and outreach in India is very large, with a 7,500-plus strong field force and several thousands of distributors across the country covering all states and union territories. “First, we will leverage that network and are working very hard to keep our distribution network in readiness for this,” he said.

While Dr Reddy’s may not have been directly involved in vaccines to date, its recent acquisition of select divisions of Wockhardt Limited’s branded generics business in India and some other territories has given it a foothold in such products. (Also see "It’s A Deal, Finally: Dr Reddy’s Snaps Up Wockhardt’s Branded Gx Business" - Scrip, 12 Feb, 2020.)

Sapra explained that Dr Reddy’s does already have some experience in cold chain products, especially having introduced the line of some large multinational companies for the first time in India. “Several of them have gone through the cold chain or have a necessary requirement to go through the cold chain. So based on all this, we are confident that we will be able to set up the right distribution arrangement to make sure that the vaccine is available throughout the country,” he said.

Nevertheless, some industry watchers suggest the deal with RDIF ups the stakes and potentially the risks for Dr Reddy’s, given that COVID-19 vaccines overall are uncharted territory for the pharma industry as a whole.

The Indian firm recently introduced the antiviral Avigan (favipiravir), licensed from originator Fujifilm Toyama Chemical Co. Ltd., on the Indian market, as part of a potential treatment arsenal for COVID-19, stepping into a hyper competitive segment that has several cut-price generic versions of the drug already made available. (Also see "Can Avigan Bite Into Buzzing Indian Favipiravir Market?" - Scrip, 20 Aug, 2020.)