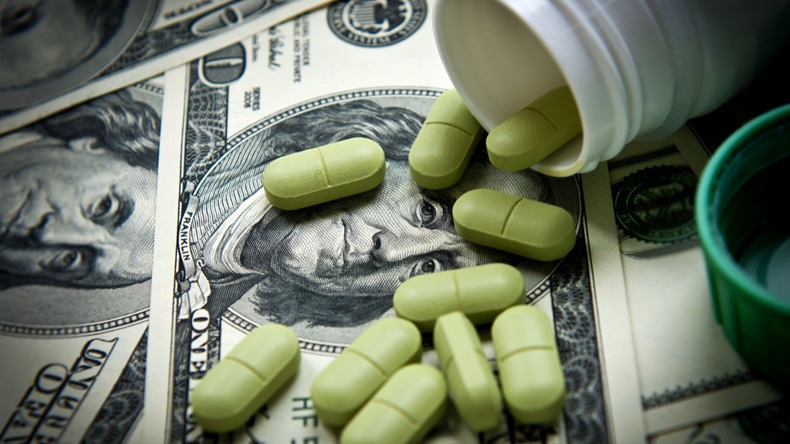 A US legislative provision endorsing the requirement that pharmaceutical manufacturers include the price of prescription drugs in direct-to-consumer advertising was removed from an appropriations bill that passed the Senate Sept. 18.

The provision was previously part of the Senate version of the legislation providing 2019 funding for the Defense Department and HHS but was not in the House version. The pricing transparency measure has been championed by Sens. Dick Durbin, D-Ill., and Chuck Grassley, R-Iowa. (Also see "HHS Rulemaking On Price Disclosures In DTC Ads Supported In Senate-Passed Bill" - Pink Sheet, 24 Aug, 2018.)

It is also among the proposals in the Trump Administration’s blueprint for lowering drug prices. Stakeholders are skeptical about whether such a requirement is legally feasible or would work. Nevertheless, HHS has forwarded a proposed rule on the measure to the Office of Management and Budget for review.

Grassley commented on the decision to strip the provision from the funding bill in a Sept. 13 statement. “It is a shame when Congress cannot pass a simple appropriations amendment to address high drug prices when that is the number one thing we are hearing from our constituents,” he said.

“If President Trump, AARP, Sen. Durbin, and I can agree on this policy, why is Congress allowing the drug companies to dictate policy?”

“All I’m asking is for transparency, and I’m disappointed this measure was pulled from the appropriations bill at the last minute,” Durbin added. “Democrats and Republicans agreed on this, and it’s so basic. I know ultimately we will find a way to prevail and put American consumers ahead of Big Pharma when it comes to this critical issue.”

The fact that the provision has been blocked in Congress does not mean the regulation will not move forward but it is a setback.

HHS Secretary Alex Azar has said it does not believe he needs legislation to authorize the DTC disclosure requirement. However, he has also said he would like congressional backing for the move, because it is  likely to be challenged in court.

Proposed Rule Would Be Implemented By CMS

It’s unclear why the proposal is being issued under the auspices of CMS rather than FDA. It could be that HHS feels that implementation via CMS is the quickest route to take. FDA has said it is studying the issue.

The Coalition for Healthcare Communication believes the mandate would be bad public policy in the current pricing environment, Executive Director Jon Bigelow said in an interview. There is such wide variability in what patients pay that disclosure would produce confusion and could discourage some patients from seeking treatment, he explained.

Nevertheless, Bigelow (who just took over from long-time head John Kamp) predicted that the issue will surface again in Congress, given its support among Republicans, Democrats and the public. But it might not move until after the November elections, he suggested.