Not To Be Sniffed At: Dupixent Success In Rhinosinusitis Could Open Up Large Additional Market 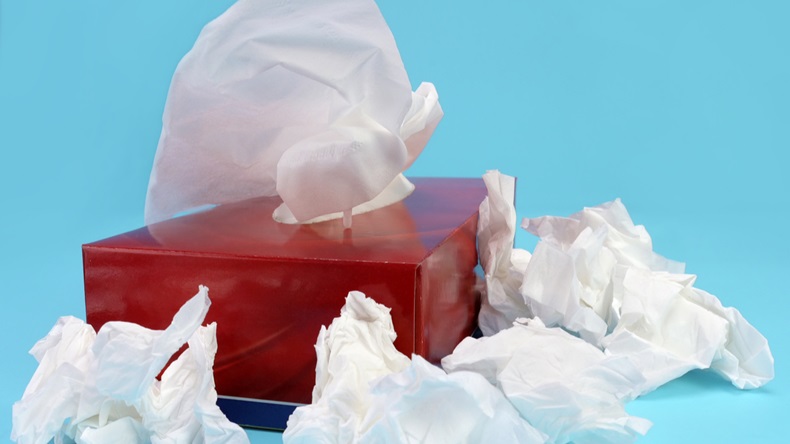 Sanofi and Regeneron Pharmaceuticals Inc.  look set to exploit a third indication for their monoclonal antibody product, Dupixent (dupilumab), after the product hit its co-primary and all secondary endpoints in two Phase III trials in patients with adults with inadequately controlled chronic rhinosinusitis with nasal polyps (CRSwNP).

The data come as the companies await an US FDA decision on the approval of Dupixent in its second indication, moderate-to-severe asthma, later this week (19 Oct.). The product is already on the market for atopic eczema and has enjoyed a rapid uptake in the US, with sales in the second quarter of $181m up from $28m for the like quarter in 2017.

The third potential indication is underserved and sizeable. Between 25-30% of the 32.6 million Americans with chronic rhinosinusitis have nasal polyps, or around 9 million patients. Their treatment is expensive as the current standard of care is corticosteroid treatment followed by surgery for non-responsive patients.

“Dupixent's demonstrated ability to significantly reduce symptoms in a heavily pre-treated patient population in which more than half of the patients had previously undergone surgery, and nearly 75% had used corticosteroids, should drive strong commercial uptake in this indication where there remains a significant unmet need,” said Baird analyst Brian Skorney in an Oct. 16 reaction note.

He believes the data will likely support a label extension for the CRSwNP population, which has had no novel treatments for decades. But competition is coming. No fewer than three rival companies have biologicals in Phase III for nasal polyps: AstraZeneca withFasenra(benralizumab); GlaxoSmithKline with Nucala (mepolizumab) and Novartis withXolair (omalizumab).

A sNDA submission for nasal polyps is expected in the first half of 2019.

By blocking the IL-4 receptor, Dupixent blocks the IL-4 and IL-13 signaling pathways, and the companies say the latest results reinforce the importance of these, indicating that IL-4 and IL-13 are required drivers of type 2 or allergic inflammation in general. “With these data, Dupixent has now been shown to address this inflammation across the complete airway, which manifests in the upper respiratory tract as polyps and congestion, and in the lower airway as asthma," said George D. Yancopoulos, president and chief scientific officer at Regeneron, in a statement.

He added that the product was “attacking a major scourge and epidemic of modern society, [the] major increase in allergic diseases over the last few decades.” The companies’ efforts here with Dupixent are continuing in eosinophilic esophagitis (Phase III), grass allergy (Phase II) and peanut allergy (Phase II).

The new Dupixent data are from two Phase III trials: SINUS-24 ( in 276 patients) and SINUS-52 (in 448 patients) in adults with bilateral nasal polyps who, despite treatment with systemic corticosteroids in the previous two years or history of surgery, continued to have ongoing moderate or severe symptoms of nasal congestion, blockage, loss of smell or nasal discharge. The trials had the same co-primary endpoints, change from baseline in nasal congestion/obstruction severity based on the patient's daily morning assessment, and change from baseline in nasal polyposis score (a measure of polyp size) after 24 weeks, as assessed by nasal endoscopy.

Dupixent added to a standard-of-care corticosteroid nasal spray (mometasone furoate) produced a 51% and 57% improvement in nasal congestion/obstruction severity compared with a 15% and 19% improvement with nasal spray alone at 24 weeks (-1.25 and -1.34 for Dupixent compared with -0.38 and -0.45 for placebo, on a 0-3 scale).

There was an additional co-primary endpoint in Japan and a key secondary endpoint in other countries of change from baseline in sinus opacification, as assessed by computed tomography scan.

Dupixent also met all secondary endpoints in both trials, including demonstrating a significant reduction in the need for systemic corticosteroids or surgery, and improvements in smell and chronic rhinosinusitis symptoms.

In a prespecified group of patients with comorbid asthma, Dupixent significantly improved lung function and asthma control (p < 0.0001 for all primary and secondary endpoints in both trials).

Datamonitor Healthcare analyst Michael Ramirez commented to Scrip, "As asthma is a common comorbidity of this patient population, the improvement in lung function and asthma control is also noteworthy, as is the reduction in the need for more invasive systemic corticosteroids or surgery, which is likely to be an attractive feature to prescribers if approved."

With additional reporting by Joanne Shorthouse.