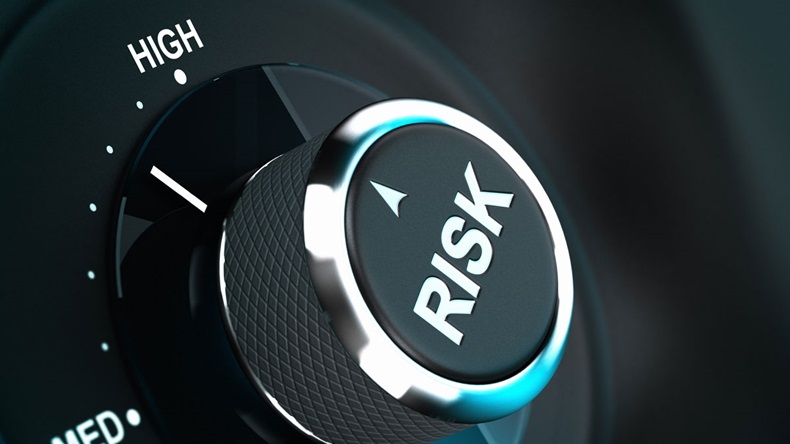 Researchers in a data analysis showing increased electronic cigarette use among cancer patients are the latest to emphasize that studies are needed on potential health outcomes from long-term use of the products by consumers from across population groups.

Research published in the Journal of the American Medical Association Oncology analyzed 2014-2017 data from the US Census Bureau’s National Health Interview Survey, which included information from 13,274 people reporting a cancer diagnosis. The analysis found the prevalence of e-cigarette use increased among that group from 8.5% in 2014 to 10.7% in 2017.

The increase was greatest among consumers younger than 50, with the group's use of e-cigarettes from 2014 to 2017 growing from 22.8% to 26.8%, noted the study published Feb. 14 and led by Nina Sanford of the University of Texas Southwestern Medical Center (Dallas) Department of Radiation Oncology. Older consumers' use increased slightly: 6% older than 50 said they used e-cigarettes in 2014 and 8% in 2017.

E-Cigarette Use By Cancer Patients Increases

DATA FROM US CENSUS BUREAU NATIONAL HEALTH INTERVIEW SURVEY 2014 -2017 INCLUDED INFORMATION FROM 13,274 PEOPLE WITH CANCER DIAGNOSIS. JAMA ONCOLOGY STUDY ANALYSIS OF DATA FOR OVERALL GROUP AND SUBGROUPS SHOWN ABOVE AND BELOW, FOUND THE GROUP'S E-CIGARETTE USE INCREASED FROM 8.5% IN 2014 TO 10.7% IN 2017 OVERALL.

Combustible tobacco use remained fairly stable during the time period. Of the entire group of cancer patients surveyed, 50.7% in 2014 and 51.9% in 2017 said they'd used combustible tobacco. E-cigarettes have been viewed as a potentially safe and useful method of smoking cessation, despite unknown long-term health effects, the survey authors point out.

“The high prevalence of e-cigarette use among current conventional smokers calls into question whether e-cigarettes are a useful method of smoking cessation, although prospective studies are needed to address this concern,” the authors note. “Among the general population, experts worry that e-cigarettes may be creating addiction to nicotine among younger individuals who are at risk of prolonged exposure. Our findings prompt similar concerns regarding potential deleterious long-term consequences on oncologic outcomes and survivorship, including the potential for increased cancer risk, for which further investigation is needed.”

The survey findings could be influential to FDA’s interest in the safety of e-cigarettes and other electronic nicotine devices (ENDs), with which the agency has had a contentious history since it attempted to stop imports and rid the market of the products in 2009.

While there has been frequent discussion of how e-cigarettes impact use of combustible tobacco, manufacturers currently are precluded from making smoking cessation claims. Although the guidances would open the door to the claims, many potential sponsors my find the path to approval challenging.

The researchers’ concerns over the health effects of e-cigarettes echo those reported in a study published online Jan. 30 in the New England Journal of Medicine that found e-cigarettes more effective in smoking cessation than approved nicotine-replacement therapies (NRTs).

Researchers in the NHS data review led by Peter Hajek, Queen Mary University of London, conducted the trial in three service sites in the UK from May 2015 through February 2018. Participants who were not currently using either e-cigarettes or NRTs were recruited after a screening and randomized into groups, to take only one of the two product categories compared in the study. Those using ENDs were given a product by the researchers but were allowed to choose their own. NRT subjects had a choice of patch, gum, lozenge, nasal spray, inhaler, mouth spray, mouth strip or micro-tabs.

The primary outcome was one-year sustained abstinence. Participants were contacted at 26 and 52 weeks by telephone and questioned about their use; subjects who reported abstinence or a reduction in smoking of at least 50% at 52 weeks were invited back to provide a carbon monoxide reading.

Hajek and his colleagues considered the ENDs more effective because they ease withdraw symptoms better than NRTs and may also have allowed better tailoring of nicotine dose to individual needs.

In their discussion, the researchers note continuing ENDs use by the participants was fairly high and may be problematic “if e-cigarette use for a year signals ongoing long-term use, which may pose a yet-unknown health risks.” They suggest further trials to determine whether the results can be generalized outside the UK.

Little Data On Impact On Children

In a letter published in NEJM Feb. 14, Boston University researchers Belinda Borelli and George O’Connor said the findings of the study from NHS data on one hand are reassuring, notably that the e-cigarette group had greater declines in the incidence of cough and phlegm than the NRT group, no excess wheezing or dyspnea and only a small incidence of oropharyngeal irritation.

“Although nicotine patch use during pregnancy is associated with a higher rate of smoking cessation and better child-development outcomes than placebo, there are no such reassuring data for e-cigarettes,” wrote Borelli, director of the Center for Behavioral Science Research and BU's Department of Health Policy and Health Services Research and School of Dental Medicine and O’Connor, director of the Adult Asthma Program at BU School of Medicine.

A “key” finding in from the NHS data was that among participants who sustained abstinence at one year, 63 of 79 (80%) in the e-cigarette group were still using the products while 4 of 44 (9%) in the NRT group were still using those products. “This differential pattern of long-term use raises concerns about the health consequences of long-term e-cigarette use,” Borelli and O’Connor say.

They note e-cigarette vapor contains many toxins and has been shown in vitro or in animal models to exert potentially adverse biologic effects on human cells. They cite a clinical trial published in the American Journal of Respiratory and Critical Care Medicine in 2018 that showed an altered bronchial epithelial proteome in association with e-cigarette use, including some protein alterations also seen among tobacco smokers.

Even though toxin levels and biologic effects from e-cigarettes are generally lower than those of tobacco smoke, previous research on the products and health affects “argue against complacency in accepting the transition from tobacco smoking to indefinite e-cigarette use as a completely successful smoking-cessation outcome,” according to Borelli and O’Connor.

The finding from the NHS data about continual e-cigarette use rates also points to risks of use among children and young adults. “Adult use my not only expose children to e-cigarette vapor but also models addictive behavior. There is substantial evidence that e-cigarette use by youth increases the risk of smoking combustible tobacco cigarettes,” say Borelli and O’Connor.

Borelli and O’Connor say it is “controversial” whether e-cigarettes should be recommended as a first-line treatment to assist smoking cessation and call for further research on the health effects of long-term use.

“We recommend that e-cigarettes be used only when FDA-approved treatments (combined with behavioral counseling) fail, that patients be advised to use the lowest dose needed to manage their cravings and that there be a clear timeline and ‘off ramp’ for use.”