Court says biosimilar sponsors may provide 180-day notice of marketing prior to FDA approval; Federal Circuit to decide if innovators can seek an injunction under state law if sponsors do not provide application and manufacturing information; Justice Breyer offers FDA invitation to weigh in. 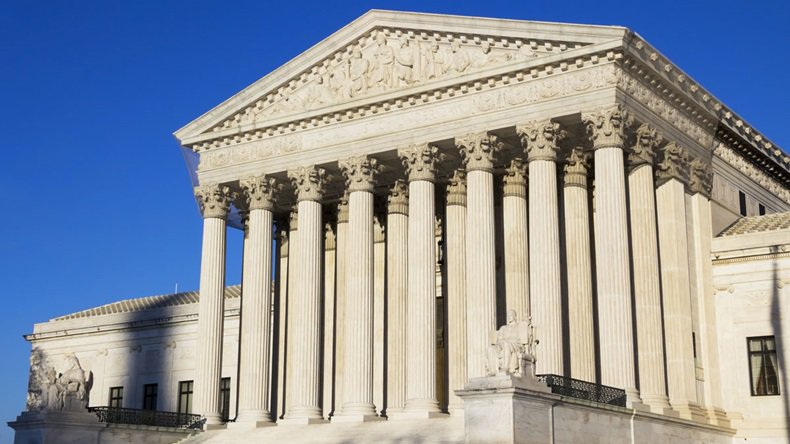 The US Supreme Court handed biosimilar sponsors a victory in ruling that they do not have to wait until FDA approval to provide 180-day notice of intent to market their products. But it remains to be seen if they could face an injunction under state law for not providing their application and manufacturing process information to innovator companies.

But the court's unanimous June 12 opinion in Sandoz Inc. v. Amgen Inc. gives industry only partial clarity on the implementation of the Biologics Price Competition and Innovation Act (BPCIA). It resolves the question of launch notification but raises a different question on the issue of whether sponsors must participate in the statute's information exchange process, known as the patent dance.

The court was asked if it was mandatory for sponsors to turn over their abbreviated biologics license application and manufacturing information, the first step in the exchange process. The court did not answer whether providing this information is mandatory though it referred to the exchange as a "requirement." Instead it ruled that innovator companies cannot seek an injunction under federal law to enforce this requirement while leaving open the possibility that they could obtain an injunction under state law. The court remanded the case to the Federal Circuit to decide whether the BPCIA preempts a state-law remedy for failure to provide the information.

The parties had not asked the court to address the application of state law to the BPCIA but the justices honed in on this issue during oral arguments. Justice Neil Gorsuch asked what happens when there is a claim under state law that no one has argued is preempted. Assistant to the Solicitor General Anthony Yang, who argued on behalf of the federal government, replied that when you’re complying with the federal statute there is no state law claim as the state law claim "is predicated on violating the federal law." (Also see "FDA's Worst Case Scenario: Supreme Court Might Defer To It On Biosimilars" - Pink Sheet, 27 Apr, 2017.)

"Whether Sandoz's conduct was 'unlawful' under the unfair competition law is a state-law question, and the court below erred in attempting to answer that question by referring to the BPCIA alone," Supreme Court says.

Amgen expressed dismay at the decision. "While we are disappointed in the Court's decision on the notice of commercial marketing, we will continue to seek to enforce our intellectual property against those parties that infringe upon our rights," the company said in a statement.

"The decision didn't provide the clarity the industry hoped for. It left open too many opportunities for gamesmanship," said Donald Ware, a partner at Foley Hoag who represented the Biotechnology Innovation Organization in its amicus brief in support of Amgen. He added that the ruling also "could lead to inconsistent outcomes" where a sponsor might be able to get an injunction to enforce the information exchange process under one state law but not another.

Ware said the decision leaves a lot of questions unanswered, such as how early can biosimilar sponsors give notice, when can a sponsor seek a preliminary injunction, and what happens if the applicant doesn't give any notice at all and fails to disclose its filing of an application for approval with the FDA. "This could lead to more at-risk launches of biosimilars and a less orderly process," he said.

Amgen filed suit against Sandoz in October 2014 claiming its aBLA for Zarxio (figrastim-sndz), a biosimilar to Amgen's Neupogen (filgrastim), infringed its method of use patent and that Sandoz violated the BPCIA by failing to provide its application and manufacturing process information and providing early notice of intent to market the biosimilar. Amgen also claimed unfair competition for unlawful business practices under the California Business and Professions Code.

The US District Court of the Northern District of California ruled that Sandoz could decline to provide its application and manufacturing process information and give notice of intent to launch before FDA approval and it dismissed the state law claim.

In July 2015, a divided three-judge panel of the US Court of Appeals for the Federal Circuit agreed that the patent dance provisions are optional since the statute imposes consequences if the biosimilar sponsor fails to provide the information as the innovator can sue for infringement. But the panel found that Sandoz had to wait until FDA licensure of Zarxio to notify Amgen of its commercial marketing. The court also affirmed the dismissal of the state law claim finding that the remedies contained in the BPCIA are the exclusive remedies for an applicant's failure to comply with the information exchange.

The Supreme Court said a provision of the BPCIA provides a remedy when the biosimilar sponsor fails to provide this information, i.e., the innovator company can bring a declaratory judgment action for infringement. Given this remedy, and the absence of other specified remedies in the statute, Congress did not intend innovator sponsors to be able to obtain an injunction under federal law to enforce this disclosure, the court concluded.

"In order for a law to be enforceable, if Congress specifies any remedy or consequence, it needs to say" other remedies may be available, Royzman stated.

The court also disagreed with the Federal Circuit's finding that Sandoz's failure to provide this information was not "unlawful" under California's unfair competition law.

"Whether Sandoz's conduct was 'unlawful' under the unfair competition law is a state-law question, and the court below erred in attempting to answer that question by referring to the BPCIA alone," Justice Clarence Thomas wrote in the opinion for the court. "On remand, the Federal Circuit should determine whether California law would treat noncompliance with" the information exchange provision as "unlawful."

"If the answer is yes, then the court should proceed to determine whether the BPCIA pre-empts any additional remedy available under state law for an applicant's failure to comply with" the provision and whether Sandoz has forfeited any pre-emption defense.

William Jay, a partner at Goodwin Procter, said the preemption argument would be a strong one. If the federal government were to file an amicus arguing state law is preempted by the BPCIA, the Federal Circuit would take that quite seriously, he said.

Invitation For FDA To Intervene

Justice Stephen Breyer Issued a one-page concurring opinion. He said Congress had granted FDA the authority to interpret the terms of the BPCIA and suggested the agency's analysis could take precedent over the court's.

If FDA, "after greater experience administering this statute, determines that a different interpretation would better serve the statute's objectives, it may well have authority to depart from, or to modify, today's interpretation," Breyer wrote, adding that the court "need not now decide any such matter."

During oral arguments, Breyer repeatedly suggested that FDA resolve questions about the statute.

Asked for a response to Breyer's concurring opinion, the agency said "FDA will consider today's decision by the Supreme Court as it continues its efforts to implement the Biologics Price Competition and Innovation Act."

Ware noted that there have been proposals for FDA to require biosimilar applicants to certify that they have followed the BPCIA proceeding as a condition of getting approval. "With this decision defining the statutory requirements, FDA could now say it doesn't have to interpret the statute, just enforce it," he said.

The court's ruling that biosimilar sponsors may provide marketing notice before receiving FDA approval could lead to the launch of two biosimilars that have been approved by FDA, Samsung Bioepis Co. Ltd.'s Renflexis (infliximab-abda), a biosimilar to Janssen's Remicade and Sandoz's Erelzi (etanercept-szzs), a biosimilar to Amgen's Enbrel (etanercept).

FDA approved Renflexis in April. At that time, Merck & Co. Inc., which is launching the product in the US, said that under the BPCIA it could not launch until after the mandatory 180-day notice following FDA approval. (Also see "Samsung’s Renflexis: Second US Biosimilar To Janssen’s Remicade, With A Few Firsts" - Pink Sheet, 22 Apr, 2017.)

Merck said it is not commenting on the potential timing for the US launch of Renflexis in the wake of the Supreme Court's ruling. It is uncertain when Samsung first provided marketing notice.

Novartis said the decision will have no impact on Erelzi since it was approved in August 2016. As for the launch date, the company said it remains committed to bringing the biosimilar to US patients "at the earliest opportunity."

A third approved biosimilar yet to launch is Amgen's Amjevita (adalimumab-atto), a biosimilar to AbbVie Inc.s Humira (adaliumab). Amgen has said it does not expect to launch the product until at least 2018 given the complexity and pace of ongoing patent litigation.