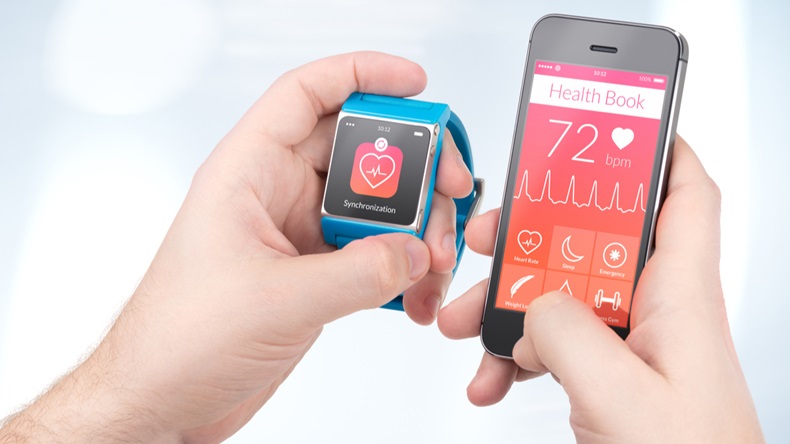 Early findings from the DETECT study suggest that smartwatches and wearables such as Fitbit, Inc. may be able to detect potential infection with COVID-19 before symptoms appear.

Researchers hope that by building an early detection system, it would eventually allow health officials to spot coronavirus hotspots early and encourage people who may be infected to get tested and quarantine to avoid spreading the virus.

Initial data from DETECT, a national effort by the Scripps Research Translational Institute, suggest that using a mobile app to collect smartwatch and activity-tracker data along with self-reported symptoms and diagnostic test results can help predict the onset of the disease before symptoms appear.

Results from 30,000 people in the study’s first six weeks showed that by evaluating changes such as in heart rate, sleep and activity levels, and self-reported symptom data, researchers could predict with roughly 80% accuracy whether a person who reported symptoms was likely to have COVID-19.

Of the 30,529 individuals who enrolled in the study as of 7 June, 3,811 reported symptoms, 54 tested positive for COVID-19 and 279 tested negative. More sleep and less activity than an individual’s normal levels were significant factors in predicting coronavirus infection, the researchers said. The study results appeared in Nature Medicine on 29 October.

Giorgio Quer, director of artificial intelligence at the Scripps Research Translational Institute and first author of the study, told Medtech Insight that the mobile app connects with the Fitbit app, Google Fit or the Apple Health Kit on the smartphone to collect the data. He stressed that all the data collected is 100% secure and will not be shared with others.

“Roughly 100 million Americans already have a wearable tracker or smartwatch that can help us; all we need is a tiny fraction of them – just 1% or 2% - to use the app.” – Eric Topol

The DETECT team is actively recruiting more participants in the research study. The goal is to enroll more than 100,000 people, which will help scientists improve their predictions of who will get sick, including those who are asymptomatic, which according to Quer, is especially valuable, because asymptomatic or pre-symptomatic people may potentially be even more infectious during this period.

“Roughly 100 million Americans already have a wearable tracker or smartwatch that can help us; all we need is a tiny fraction of them – just 1% or 2% - to use the app,” said Eric Topol, director and founder of the Scripps Research Translational Institute and executive vice president of Scripps Research.

“One of the greatest challenges in stopping COVID-19 from spreading is the ability to quickly identify, trace and isolate infected individuals,” Quer said. But his hope is that the data will eventually allow researchers to develop a system that could be used to detect early signs of infections even beyond coronavirus.

“We want to help in the fight against COVID-19, but we hope that this tool could be used also for future outbreaks or events, or even to control the standard for [yearly] influenza,” Quer said. “We want it to be a tool to help public health in dealing with any of these outbreaks.” He said the research team will collaborate with other researchers at other institutions in analyzing the data, but that will require the successful navigation of different privacy laws. “When we collaborate with other partners, the privacy will be our first priority,” he said.

On 29 October, Fitbit announced that the US Army Medical Research and Development Command awarded it $2.5m to develop a health platform that can be used for early detection of COVID-19 in the nation’s military.

In connection with the award, Fitbit will initiate a prospective study with Northwell Health’s Feinstein Institutes for Medical Research, a health care provider and private employer in New York State, to distribute thousands of Fitbits to Northwell Health employees with the goal of developing an algorithm that would detect COVID-19.  The employees will receive notification of potential illness and COVID-19 testing to assess and verify the results, Fitbit said in a statement.

“We believe Fitbit is uniquely positioned to deliver on the US Army Medical Research and Development Command’s goals based on our deep wearables expertise and established user base of nearly 30 million users, our early research in machine learning algorithms for detection of presymptomatic COVID-19, and our production and manufacturing capabilities to scale solutions and make them available quickly,” said Amy McDonough, general manager and senior vice president of Fitbit Health Solutions.

The study builds on Fitbit’s COVID-19 research, which includes the collaborative research consortium with the Scripps Research Institute and Stanford Medicine.

In May, Fitbit also launched its own study to try to build an algorithm that can detect COVID-19 early. To date, the study has enrolled more than 185,000 Fitbit users in the US and Canada. Early findings suggest that the Fitbit algorithm can detect 50% of COVID-19 cases one day before participants report the onset of symptoms with 70% specificity.

“This is important because people can transmit the virus before they realize they have symptoms or when they have no symptom at all. This study reinforces that breathing rate, resting heart rate, and heart rate variability are all useful metrics for indicating onset of illness and are best tracked at night, when the body is at rest,” Fitbit said.