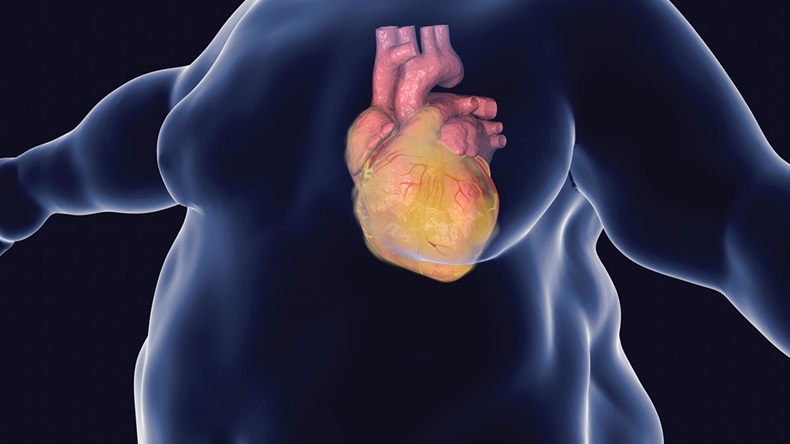 Eisai Co. Ltd./Arena Pharmaceuticals Inc.'s obesity drug Belviq (lorcaserin HCI) has proven that it doesn't pose cardiovascular risks in the CAMELLIA-TIMI 61 cardiovascular outcomes study, but it hasn't shown a benefit for reducing major events and it remains to be seen whether the new data will have any commercial effect on small sales.

Patients taking Belviq in the study of 12,000 obese people with cardiovascular disease or multiple risk factors (half had diabetes) had a similar number of major adverse cardiovascular events (MACE) – including myocardial infarction, stroke and cardiovascular death – as individuals in the placebo arm, Eisai reported in a top-line release July 17.

This satisfied the study's primary safety endpoint, but Belviq missed a co-primary efficacy endpoint – superiority over placebo for reduction in a broader array of MACE, including myocardial infarction, stroke, CV death and hospitalization due to unstable angina, heart failure or any coronary revascularization. Eisai will discuss the data with the US FDA with the intention of incorporating it into labeling for the drug, which was approved by the agency in June 2012.

Belviq is a selective serotonin 5-HT2C receptor agonist. Per a November 2013 deal, Eisai holds exclusive commercial rights to the drug for all countries worldwide except for South Korea, Taiwan, Australia Israel and New Zealand. In addition to the US, lorcaserin is approved in South Korea, Brazil, Taiwan, Israel and Mexico.

Belviq was one of four new entrants in recent years into the obesity market along with Vivus Inc.'s Qsymia (phentermine/topiramate),
Orexigen Therapeutics Inc.'s Contrave (naltrexone/buproprion), and Novo Nordisk AS's Saxenda (liraglutide), approved by the agency in July 2012, September 2014 and December 2014 respectively.

Belviq stood out against Contrave and Qsymia, which combine proprietary doses of generic drugs, because it had a novel mechanism of action. But the downsides were that it had modest weight loss efficacy and had a similar mechanism of action as the serotonin reuptake inhibitor fenfluramine, part of the notorious "fen-phen" cocktail that was pulled from the US market in 1997 due to the risk of developing valvulopathy in previously asymptomatic patients.

Compared with fenfluramine, Belviq has very small selectivity for 5-HT2B serotonin receptors, which is thought to be the cause of valve problems, but there were nevertheless concerns and labeling includes a warning for valvular disease. (Also see "Arena Airs More Mixed Data For Late-Stage Obesity Drug Lorcaserin" - Pink Sheet, 1 Sep, 2009.)

Post-approval long-term outcomes studies to rule out cardiovascular risk were required by FDA for all of the weight loss drugs.

Eisai noted in its statement about the CAMELLIA-TIMI 61 data that this is the largest CV outcomes study to date for a weight loss medication.

Among other findings in the trial, Belviq was associated with significant improvements in secondary endpoints, including blood pressure, lipids, blood sugar, renal function and a reduction in the number of patients who converted from prediabetes to diabetes.

"The overall safety profile for Belviq in CAMELLIA-TIMI 61 was consistent with that of the approved label, with dizziness, urinary tract infection and fatigue being the most commonly reported adverse events in CAMELLIA-TIMI61," the company said.

Data from the study are slated for presentation at the European Society for Cardiology meeting in Munich in August and the European Association for Study of Diabetes meeting in Berlin in October.

Eisai is preparing a study report to submit to the FDA, which should be ready in the September/October timeframe, Chief Medical Officer Lynn Kramer explained in an interview.

Eisai is hoping to have two aspects of labeling removed – a reference that cardiovascular safety is not known and the warning for valvulopathy. Whether there will be additions to the label to incorporate the improvements in secondary endpoints, for example less conversion from prediabetes to diabetes, also could be up for discussion, according to Kramer.

It's unclear what commercial impact the outcomes results will have, given that superiority was not proven and because of how challenging the obesity market has been. (Also see "Orexigen Begins Slow Climb Up Slippery Slope Of Obesity Drug Sales" - Scrip, 13 Oct, 2016.)

Kramer suggested investors may see better sales in the first quarter of the current fiscal year, which will be reported on Aug. 1.

The exec also said he is hopeful that the much larger safety database available now through the outcomes study, as well as new bits of information on for patient subsets, will provide enough substance for physicians to see the potential benefits.

Arena's Belviq revenues for 2017 totaled $21.3m, including $19.6m in collaboration revenue and $1.7m in royalty revenue from Eisai. The company has been working to diversify away from weight loss, partly through development of the pulmonary arterial hypertension drug ralinepag, which is in Phase II. (Also see "Arena Rises, But Raises Questions With Phase II Ralinepag Data In PAH" - Scrip, 11 Jul, 2017.)

Vivus reported $45m in sales for Qsymia in 2017, down from $48.5m in 2016. The AQCLAIM outcomes study of 16,000 patients is ongoing. Vivus also has been diversifying and has the PAH drug tacrolimus in Phase II. In May, the company announced that it acquired rights to the pancreatic insufficiency therapy Pancreaze (pancrelipase) from Janssen Pharmaceutical Cos. restructured a portion of its existing debt and raised additional cash through the sale of debt securities to fund this and other potential deals. (Also see "Finance Watch: In Obesity, Vivus Raises Cash For Deals, Orexigen Finds A Buyer" - Scrip, 3 May, 2018.)

Orexigen signaled plans to file for bankruptcy in March after sales of Contrave disappointed, totaling $75m for 2017. SC100559 Orexigen initially tested Contrave in the LIGHT CV outcomes study and to FDA's disappointment, released interim data from the trial, compromising the results and spurring the agency to request a new trial. SC027988 Orexigen started a second outcomes study called CONVENE in 2016, but terminated this study after partner Takeda Pharmaceutical Co. Ltd. dropped out of a partnership for the drug. (Also see "Third Time's The Charm? Orexigen Terminates CONVENE" - Scrip, 14 Apr, 2016.)

Orexigen announced in April that it was selling worldwide rights to Contrave and certain other company assets for $75m to Nalpropion Pharmaceuticals, Inc.

Labeling for Saxenda notes that the effects of the drug on cardiovascular morbidity and mortality have not been established. However, liraglutide also is marketed as Victoza for diabetes and in that indication it demonstrated an outcomes benefit in the LEADER study of patients with type 2 diabetes, with a 13% reduction in risk for MACE, which resulted in a labeled claim. (Also see "Novo Nordisk Says More To Victoza Outcomes Benefit Than A GLP-1 Class Effect" - Scrip, 29 Aug, 2017.)