EU Gets Going On EMA Move To Amsterdam

Legislation drawn up by the European Commission, formally naming Amsterdam as the EMA’s new home, stresses that the UK will have to bear the costs of the agency’s relocation from London. 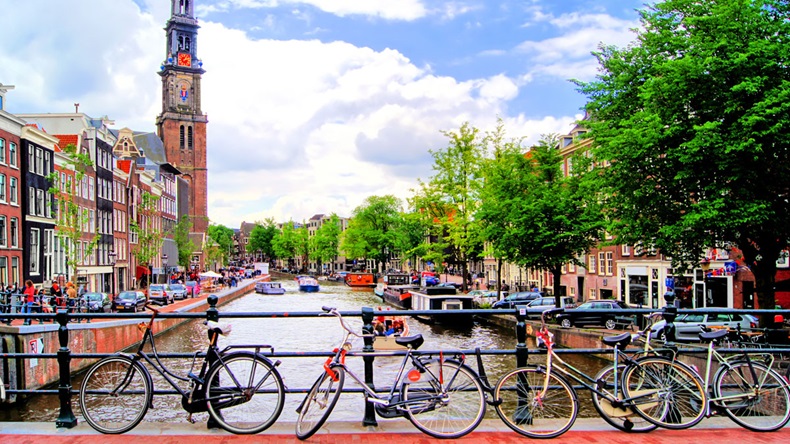 The European Commission has drafted legislation formally naming Amsterdam as the new seat of the European Medicines Agency, which has to move out of London as a result of the UK’s decision to leave the EU.

The legislation also reiterates the EU’s position that the UK is responsible for meeting all the costs incurred in the relocation of the EMA and the other London-based EU agency, the European Banking Authority.

The Dutch capital was chosen as the EMA’s new home by a vote of EU27 member state ministers on Nov. 20, pipping Milan to the post by a drawing of lots. A total of 19 countries had originally bid to host the agency. The EBA is going to the French capital Paris. (Also see "Amsterdam ‘Ticks Many Of Our Boxes,’ Says EMA Head After Dutch Win Race To Host Agency" - Pink Sheet, 21 Nov, 2017.)

Now the names of the new host cities have to be enshrined in legislation, which the commission is doing by drafting two regulations that will amend the medicines legislation, Regulation (EC) No 726/2004. The regulations will need to be approved by the European Parliament and the Council of the EU, but this is expected to be a formality.

The commission said it was “acting swiftly in order to provide legal certainty and clarity, ensuring that both agencies can continue to function smoothly and without disruption beyond March 2019.” It added that the parliament and council were “expected to give priority to the handling of these legislative proposals.”

Both regulations state that the relocation of the agencies will have “budgetary implications,” particularly in view of the costs relating to the early termination of the current rental contracts for their London premises.

In the case of the EMA, these costs are likely to be substantial. There is understood to be no “break clause” in the agency’s rental contract, and given that the lease stretches to 2039, the outstanding amount to be paid has been estimated to be as much as €400m, although the commission said the total cost could not be determined at present as it would depend on a number of factors.

The UK should “fully cover the specific costs related to the withdrawal process, such as the relocation of the agencies” – EU draft regulation

There will also be costs relating to the move itself and the installation of the agency in the new premises in Amsterdam – and the UK looks likely to be asked to foot the bill. The regulations repeat what is stated in the council’s Brexit negotiating directives of May 22, 2017: that the UK should “fully cover the specific costs related to the withdrawal process, such as the relocation of the agencies or other Union bodies."

It is likely that these costs will be part of the financial settlement to be paid by the UK for its outstanding EU liabilities. The amount of this settlement has yet to be decided, but it is thought to be in the region of €50bn.

The commission says that some of the relocation costs may have to be pre-financed from the EU budget before the financial settlement is agreed, no doubt because the EMA needs to begin the move to Amsterdam as soon as possible so that it is up and running by March 30, 2019.

“In this respect, the commission will assess possible additional funding needs to be channelled through the EU budget in cooperation with the European Medicines Agency,” it says. It will present relevant proposals to the European Parliament and the Council as part of the annual EU budgetary procedure for 2019, “and if necessary for 2018. This concerns for instance the costs related to the move itself.”

A commission spokesman told the Pink Sheet that as negotiations are still under way, no further information could be provided at this stage. “I would just point out as well that we are seeking to make sufficient progress on the financial settlement in the first phase of the negotiations, in order to move to phase two. Discussions will, of course, continue on this topic in the second phase too,” the spokesperson said.

In addition, the costs relating to the agency’s installation in the new premises will be presented in the context of the “building procedure” set out in EU legislation, which requires prior approval from the parliament and council before contracts related to building projects are concluded. “This procedure is expected to be launched as soon as possible (at the latest in early 2018),” the commission says in the regulation.

It adds that to ensure the proper functioning of the EMA in its new location, a headquarters agreement needs to be concluded before it moves in. In order to give the agency sufficient time to relocate, “this Regulation should enter into force as a matter of urgency.”