EMA’s Post-Brexit Home ‘Could Be Decided This Year’

The leader of Denmark’s bid to host the European Medicines Agency after the UK leaves the EU says that a rapid decision-making process on the agency’s new location is needed in order to avoid entanglements with the wider Brexit negotiations, and that a decision could be taken sometime in the second half of this year. 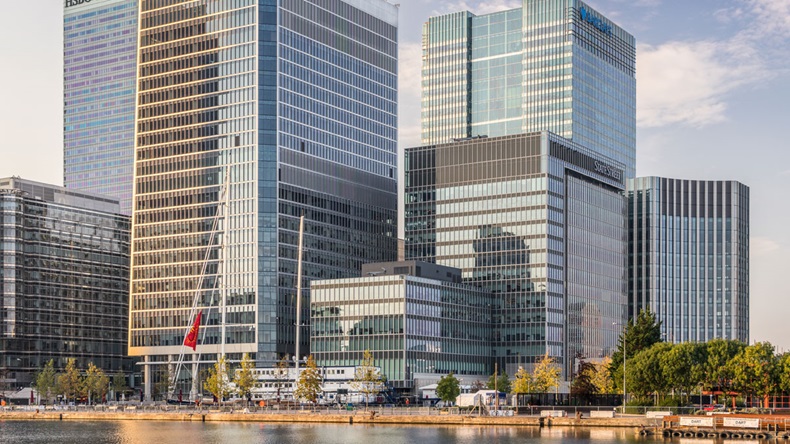 A decision on where to relocate the European Medicines Agency following the UK’s decision to leave the EU could be taken sometime during the summer or the second half of this year, according to former Novo Nordisk CEO Lars Rebien Sørensen, who is leading Denmark’s bid to bring the agency to the country’s capital, Copenhagen.

Sørensen, who was asked by prime minister Lars Løkke Rasmussen to be the ambassador for Denmark’s candidacy, says that it is “of the utmost importance” to find a location for the EMA as quickly as possible before the decision-making process gets tangled up in the wider Brexit negotiations.

The currently London-based EMA is already losing some professional staff and “there is a concern that a dragged out process will continue to bleed staff from the EMA to the point where one can fear that the functionality of the agency could be hampered over time,” Sørensen said in an interview with the Pink Sheet.

The formal bidding process for the EMA will not begin until the UK government has triggered Article 50 to kick off negotiations over its exit terms and its future relationship with the EU, although several member states have already thrown their hats into the ring. They include Denmark, France, Ireland, Italy, the Netherlands, Spain, Sweden and Portugal, and, according to a question and answer document published by the Dutch government last month, Austria, Hungary and Malta have also expressed an interest.

Denmark has produced a brochure describing its benefits in areas like transport links, infrastructure, a strong life sciences sector, schooling, housing, and cultural factors. (Also see "‘Virtually Bribery And Corruption Free’ Denmark With Its Clean Canals Says ‘Give Us EMA’" - Pink Sheet, 10 Feb, 2017.) Sørensen, who stepped down as Novo Nordisk CEO last month after 16 years in the job, said that the Danish government believes Copenhagen fits the bill nicely, and “I was given the brief to take that to the decision-makers’ attention.”

As part of this brief, Sørensen recently paid a visit to Brussels to speak with representatives of the European Commission and other EU bodies, as well as associations representing industry, patients and pharmacists, about the bid process and the criteria that the suitor countries will have to meet.

As far as Sørensen knows, the Commission hasn’t yet produced a formal list of criteria, but he expects it will do soon, and that they will be based firmly on input from the EMA. “I know criteria have been suggested by EMA and by EFPIA [the European pharmaceutical industry federation],” he said. “It wouldn’t take long to develop them”.

While the EMA will not take the final decision on the location, the former Novo Nordisk executive said it was important that the agency “describes what are the important features for a well-functioning EMA, that these are included in the criteria, and then that the criteria are publicized so that the member states can decide whether to participate in the relocation or not.” Two documents relating to Brexit that the EMA has produced are available on the EMA’s website.

Sørensen also feels that the member states themselves should not have a role in choosing the criteria, because “they would immediately be seen as being biased. We would actually prefer that the European Commission, the EMA, industry associations, patient associations and whoever else in civil society is dependent on the functioning of the EMA should be part of defining those criteria.”

Once the criteria are published, a deadline will be set for countries to submit their bids, after which they will be evaluated by the Commission as regards their suitability, “and then a decision will be taken by the Council,” Sørensen said. This will probably be the European Council, which consists of EU heads of state/government.

And if all the bidding countries meet all the criteria? “At the end of the day it is a political decision as to where you place it,” Sørensen said. “There are all kinds of considerations, a history of having agencies, countries’ reputation for good governance, all kinds of evaluations could come into play from a political perspective.”

Sørensen said a decision could be made “as early as summer, or in the second half of the year, to be more realistic”. He added: “If it drags out, our concern is that it gets entangled with the general Brexit process, where there are lots of issues to be dealt with and one can imagine that that will lead to some horse-trading at the end of the day between Britain and the EU, but also among the individual EU countries in adopting an agreement with Britain.” The agency might then be “swirled into that decision-making which would be very unfortunate given the importance of it.”

As well as having criteria directly linked to the new location of the agency, Sørensen said it was crucial to have some “stringent professional criteria,” in particular the ability of the host nation to provide the extra expertise that will be needed to fill any gaps left by staff departures from the EMA.

“Already now there is a loss of staff who are highly valued in life science, and they will be highly sought after by industry and academia, and therefore that uncertainty is already playing to the disadvantage of the EMA,” Sørensen said.

The EMA itself has said that a “higher than normal loss of staff” has already been observed and that it could eventually lose up to half of its 890 employees as a result of the relocation. (Also see "Portugal Becomes EMA’s Latest Suitor As Agency Cost Pressures Grow" - Pink Sheet, 13 Feb, 2017.) The agency’s executive director, Guido Rasi, is reported to have said that if the agency loses more than 15% of its experts, it will probably not be able to maintain current schedules for licensing new drugs and monitoring existing ones.

If 50% of the EMA’s staff did have to be rehired, Sørensen said, “that also speaks in favor of locating the EMA in a place where such professional staff are available or willing to relocate to. This is where the stringent criteria come in. If you put it in a place that for some other reasons would be the right place, but then you couldn’t recruit and attract 50% of the staff, then you end up with a dysfunctional agency.”

Lars Rebien Sørensen, Denmark’s ambassador for the country’s bid to host the EMA post-Brexit, is touring selected EU member states with a view to building up support for a rapid bidding and selection process – and for its own candidacy.

Building Up National Regulator
Partly for this reason, the Danish Medicines Agency has set about strengthening and expanding its regulatory expertise. “The expectation is that they will be expanding in the next couple of years prior to a possible relocation of the EMA,” according to Sørensen, who added that Denmark has a strong academic life science sector.

Denmark also has “a strong industry, much like Britain, not exactly at the same scale of course, but for historic reasons we have an unusually large pharmaceutical industry in Denmark.”

The country is also part of the Medicon Valley life sciences hub, which is shared between Copenhagen and southern part of Sweden. “So we think there is an ecosystem here from which EMA will be able to recruit, but where people from other parts of Europe would also find it interesting to relocate to work for the EMA,” Sørensen said.

And what if Denmark doesn’t win the EMA? “This expansion is being done with a view to prepare the Danish medicines agency [for hosting the EMA] but also because of anticipation that the Danish agency will be playing a larger role going forward in approvals of drugs and monitoring drug safety in the European scene,” he remarked.

In the meantime, Denmark isn’t sitting on its hands. Sørensen is touring selected EU member states with a view to building up support for a rapid bidding and selection process – and for its own candidacy.

“We are visiting some countries that we believe will not necessarily be bidding themselves, to try to rally some support both for the process but, secondary to that, for the Copenhagen bid,” he said. “I would suspect the other countries will be doing the same, this is part of normal courtship and diplomacy.” Sørensen declined to identify the countries Denmark would be visiting.