MassBio and Liftstream partnered on a report about women's, men's and companies' views on gender diversity in the life science industry and identified several opportunities for employers to improve, including the need to employ more women in leadership roles to attract female job-seekers. 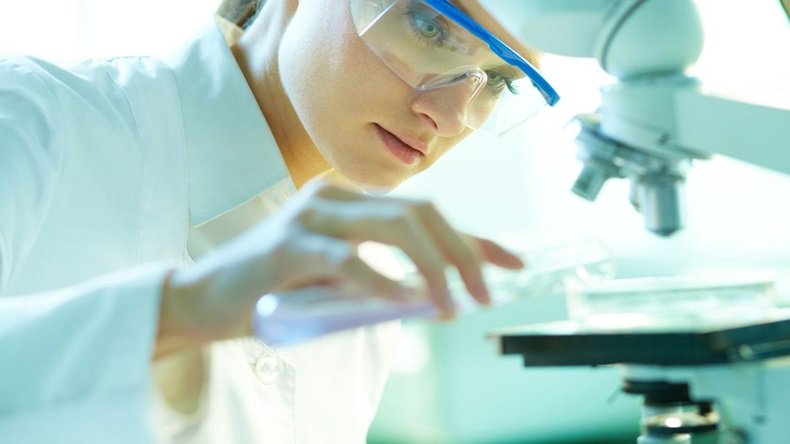 It's a Catch 22: 46% of women surveyed about gender diversity in the life science industry said they would not accept a job at a company that had an all-male management teams and boards and where they were interviewed only by men. But how does an employer hire more female executives for leadership roles if those job offers are rejected due to a lack of women leaders?

The finding came from a report called "Opening the Path to a Diverse Future" released by the Massachusetts Biotechnology Council (MassBio) and the executive recruiting company Liftstream on Sept. 21. The report was informed by responses from 723 men and women as well as 70 companies to a detailed questionnaire about the gender gap in life science leadership roles, job recruitment and retention, compensation, career development and company culture. The goal was to identify reasons why women account for a smaller percentage of leadership roles even though the same number of men and women enter the industry; the report also recommends corrective actions.

Abbie Celniker, a partner at Third Rock Ventures and chair of MassBio's board of directors, predicted that one of the report's key findings – that almost half of women eschew executive roles at companies with male-dominated leaders – would be a surprise to both men and women working in the life science industry. However, she said in an interview with Scrip that she hopes it prompts women to take those jobs to help diversify those companies and change their corporate cultures.

"If women don't see a balance, I hope they'll be more motivated to take a risk and put themselves out there for those jobs," Celniker said.

Liftstream CEO Karl Simpson said the report disproves a lot of assumptions about women in the life science workforce and shows that there are things companies can do to diversify at all levels.

"One assumption is that women are not forthcoming enough, that they don't put their hands up or don't have the confidence to ask for things that men are asking for, and their ambitions are not the same as men," Simpson told Scrip. "This dismantles those arguments in a pretty conclusive way. These long-held assumptions need to be looked at and we need to follow the evidence."

At all levels – contributor, manager, mid-level leader and function leader (vice presidents and senior vice presidents) – women asked for a promotion more frequently than the men who were surveyed.

One issue identified in the report as contributing to the imbalance of women and men in leadership positions is the way that companies hire for those roles, which largely relies on professional networks – networks that tend to be dominated by men.

"In the work we've done in looking at diversity on boards of directors, professional networks perpetuate the problem. They tend to be very much weighted to your own gender, by virtue of your social networks," Simpson said. "If you're operating at the C-level or level or the level below that, the statistical picture shows that many of your peers are going to be males. If you're looking within that [for new hires], you're going to generate more men than women. If that was substituted with a more meritocratic process, to bring in more men and women and evaluate them the same, you will have more women that merit the position."

Celiniker also noted that the life science industry needs to do a better job of providing networking opportunities that bring men and women together rather than segregating them. Better networking combined with a better understanding of women's experiences with hiring, recruitment, retention and promotions in the industry – as highlighted in the MassBio and Liftstream report – could go a long way to reducing the gender gap at middle and higher levels of company leadership, she said.

"We know we are running highly innovative companies and we know that innovation is supported by having diverse groups tackle problems," Celniker said. "MassBio is really concerned about workforce management for companies in the area, but you're not tapping a major part of the workforce to populate the executive leadership of these companies."

MassBio and Liftstream noted that while the women, men and companies surveyed for their report were all located in Massachusetts, since the region is one of the largest – if not, the largest – life science clusters in the US, the findings are reflective of the industry nationally.

Celniker stepped down from the CEO role at Eleven Biotherapeutics Inc. last year after it acquired Viventia Bio Inc. to shift its focus from ophthalmology to cancer. She became a partner at Third Rock to focus on new company formation as well as recruiting new talent. (Also see "Viventia's Cancer Ambitions Go To Eleven" - Scrip, 21 Sep, 2016.)

"A couple of years ago, I was chair of a board of a small startup in California and I found that at venture-backed companies, there were only two female chairs reported. That was an eye-opener for me," Celniker said.

"When I was a CEO and I would go to a leadership summit for the venture firms backing the company I was leading, there were a couple of times when I was the only woman when there were 30 or 40 people there," she continued. "So, when I was trying to decide what to do after two CEO stints, I wanted to be innovative and be involved in establishing companies, but I also wanted to be involved in recruiting talent. At Third Rock, it was a great opportunity to influence that – to be a role model to recruit women into the companies we were starting as well as to the boards."

Celniker and Simpson both note that companies have to make a concerted effort to both establish gender diversity policies and follow through on those programs, since the MassBio and Liftstream report points out that employees, especially women, don't see those programs as uplifting women as much as the companies do. Only 9.2% of the women and 26.6% of men surveyed believed that their companies were fully inclusive, versus 39% of companies that responded to the survey. Both individuals and company representatives were invited to respond to the online survey.

"Organizations need to do more to find out what employees are looking for, what they want and what they need to be more engaged employees," Simpson said. "If organizations offer no flexibility, but are trying their best to recruit women to join them, that may be what's holding them back."

However, offering flexible work hours is just one thing out of many that companies can do to improve gender diversity. MassBio and Liftstream laid out seven broad approaches and 50 recommendations that the life science industry and its companies should consider (see box).