A substantial amount of additional text will apply in the EU to the future regulation of medical devices and IVDs over and above what is in the new regulations. With 118 acts to draft, much work is still to come. 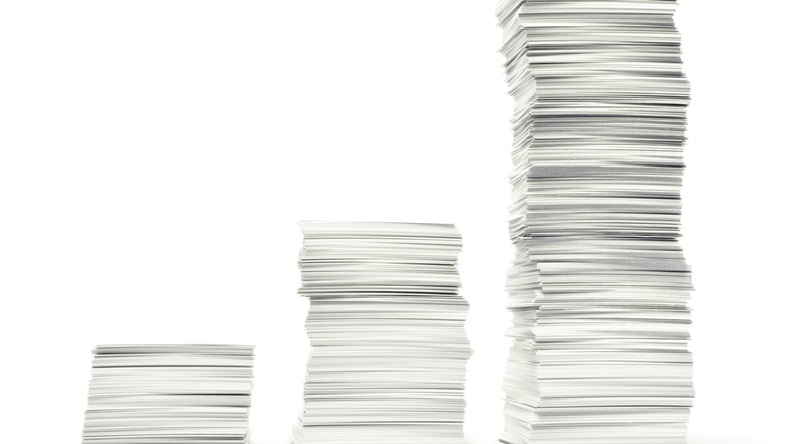 Estimates of the number of implementing and delegated acts that will be necessary to execute the new EU Medical Device and IVD Regulations are growing.

There is a total of 118 implementing and delegated acts expected across the two new EU regulations, according to figures confirmed to Medtech Insight by the UK's Medicines and Healthcare products Regulatory Agency (MHRA) following recent research. In all, 98 will be implementing acts, and 11 of these are mandatory to make the regulations work. There are no mandatory delegated acts.

This latest calculation appears to supersede figures that have been cited in the past, including by the European Commission, which had suggested there were 80 delegated and implementing acts, including 14-18 that were mandatory.

An implementing act is considered compulsory when it is needed to execute certain elements of the new regulations to ensure uniform implementation of the regulations across the EU member states, MHRA's Gavia Taan says.

Implementing and delegated acts are two instruments the European Commission uses to ensure the implementation of EU laws like the MDR and IVDR within member states. Delegated acts describe powers in predefined areas that have been delegated to the European Commission for drafting. For implementing acts, meanwhile, member states are more in the lead, and may use such acts to amend or complement legislation in predefined areas.

In making its calculation, MHRA says that it has counted implementing acts, such as those in Article 81, which describe the procedural aspects required to implement Chapter VI of the MDR (Clinical Evaluation and Clinical Investigations) as separate acts. Also, the UK agency counted "Common Specifications" as one implementing act; but "there is no limit to how many implementing acts will be written for these over the years," the agency said.

Difficult To Be Precise

There are various indications within the text of the regulations suggesting that calculations of the total number of implementing acts may fluctuate. It is not clear whether come clauses in the texts specify the need for an individual implementing act or multiple "implementing acts" – with the plural used in some sections, such as the one related to setting up a structure to operate a system for Unique Device Identification. (MDR Article 27.2).

Also, there are some implementing acts that are relevant to the same procedures in both the IVDR and the MDR; it seems likely that acts will be released separately for each of the two regulations, but they may be essentially cut-and-paste versions.

Overall, the implementing and delegated acts will be spread between the two new regulations relatively evenly with a slight edge in delegated acts to the MDR, according to the newly calculated MHRA figures. The detailed breakdown is provided in the table below.

The six compulsory implementing acts designated in the MDR are:

What Makes An Implementing Act Compulsory?

An implementing act is considered compulsory when it is needed to execute certain elements of the new regulations to ensure uniform implementation of the regulations across the EU member states, Gavia Taan, senior regulatory policy manager at the MHRA's devices division, explained to Medtech Insight following the October 5 regulatory meeting of the Association of British Healthcare Industries in London. For instance, she said, to implement the UDI requirements, an issuing entity must be designated via an implementing act (Article 27.2 of MDR).

During the ABHI meeting, Taan presented the following timelines for the compulsory implementing acts:

While MHRA's numbers provides a better picture of exactly where the implementing acts are considered most urgent and how many delegated and implementing acts there are in total, there is a lot more to look out for. In addition to the acts, there are other texts to come that add to the regulatory workload.

This will include updated standards, new guidances, and the Common Specifications – detailed technical requirements that will drafted for a range of purposes, including to map out requirements for specific innovative and high-risk devices.