The UK has formally notified the EU of its plans to leave the trading bloc and formal Brexit talks will begin soon. In the meantime, pharmaceutical regulators in the remaining 27 EU member states are having to plan for a future without the UK regulatory agency, the MHRA. In the UK, “Day 1” of Brexit is focusing minds. 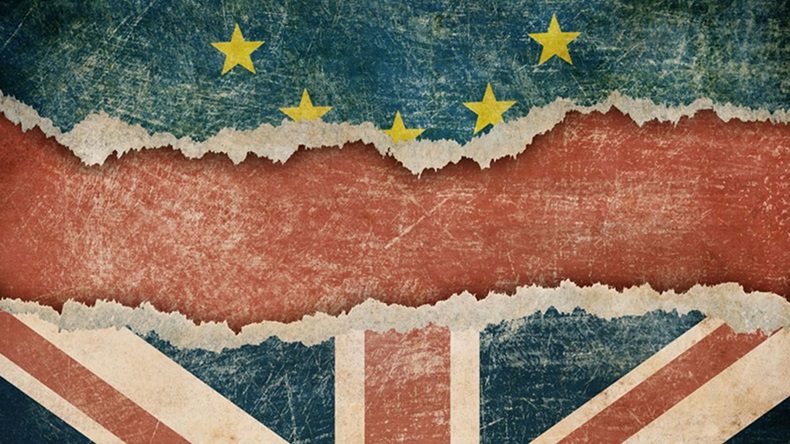 Domestic medicines regulatory agencies throughout the EU are hiring and training extra staff to cover the additional workload that will result from the likely loss of UK expertise and capacity from the European pharmaceutical regulatory network post Brexit. “We’re reorganizing ourselves, and there will be a rebalancing of the network” with the departure of the UK from the EU, but the network is “strong enough” to cope. That’s what Karl Broich, the head of the German agency, BfArM, told an audience that included hundreds of pharmaceutical industry representatives at this year’s European meeting of the Drug Information Association in Glasgow.

It may not be what they want, but Broich said he and his counterparts in the other 26 EU member states “have to prepare ourselves for the worst outcome”, that is “a hard Brexit with no co-operation with the UK” after the country leaves the EU.

The UK punches well above its weight in the EU pharmaceutical regulatory network through its regulatory agency, the MHRA (Also see "UK Regulator Has Key Role in One in Four EU-Wide Approvals" - Pink Sheet, 22 Nov, 2016.). There is real concern that, without the manpower and expertise the MHRA currently provides, the remaining 27 member states will struggle to meet their public health commitments in the area of drug regulation and pharmacovigilance. Brexit will also be a huge challenge for the European Medicines Agency, another pillar of the network. The EMA will have to move from its current London base and it fears losing up to half its staff of almost 900 in the process. Industry, among other things, worries that assessment times will slow.

“The UK is the backbone of the network,” one former senior regulator remarked to the Pink Sheet on the fringes of the DIA EuroMeeting, which ran from March 29-31. “If you remove the backbone...” He didn’t finish the sentence. He didn’t need to; his meaning was clear.

Broich was one of seven experts taking part in a panel discussion on the potential impact of Brexit on the established European regulatory environment. He made it clear how much he valued the UK’s involvement in the network. Another panellist was Jonathan Mogford, the MHRA’s director of policy and chair of the mixed government/industry group on UK drug regulation and Brexit known as the “Deep Dive working group”. Mogford said Brexit highlighted the risk to any network of having one member with a role as strong as the one the UK has in this case. Melanie Carr, head of the stakeholders and communication division at the EMA and a member of the agency’s Brexit task force, referred to the “tremendous input” from the MHRA to the network. All three regulators emphasized the imperative to protect public health.

The Brexit session in Glasgow took place on March 29, the day the UK prime minister, Theresa May, triggered Article 50, formally notifying the EU of the country’s plan to leave the bloc and setting the stage for two years of negotiation in the run-up to Brexit in March 2019.

Many - if not all - stakeholders agree that the best outcome in public health terms would be some form of continued regulatory co-operation between the UK and the EU post Brexit. However, this can by no means be guaranteed. As Broich and Mogford said, both sides have to prepare for “no deal” on continuing collaboration, make contingency plans, and recognise that the EU regulatory network will rebalance as a result of the UK leaving the EU.

The Danish agency, the DKMA, has already said it is taking on new staff (Also see "‘Virtually Bribery And Corruption Free’ Denmark With Its Clean Canals Says ‘Give Us EMA’" - Pink Sheet, 10 Feb, 2017.). Others national competent authorities, including BfArM, are doing the same, “to train them [and] to prepare for the workload that might come very soon”, said Broich. Agencies are working to assess the impact of an increase of “10, 20 or 30%” in their workloads. They are also working on knowledge transfer with UK colleagues so as to ensure UK expertise is not lost but remains within the network.

Broich said the network would do everything it could to support the EMA and to prioritize workloads. There would be “no problem” for public health, he said. “Early access to medicines will still be the same post Brexit and safety issues and signals will be dealt with exactly the same as they were before Brexit. We will do our job.”

The role the MHRA will play in Europe post Brexit – if any – is a huge unknown. Through the Deep Dive group, industry and government have been working together among other things to examine the two broad likely outcomes for a post-Brexit regulatory framework.

The preferred outcome, Mogford reiterated, is continued co-operation. “The offer from the UK to continue the regulatory partnership remains firmly on the table and we think it makes very strong sense from a public health perspective.”

This would involve “some form of Europe-wide partnership working, where a sovereign UK continues to support the technical scientific assessment work of the wider European regulatory framework.” That could be “relatively straightforward,” Mogford said, “involving mutual recognition agreements for things like [medical] devices and inspections and agreements on continued shared scientific assessment in some other areas like licensing”.

The other potential outcome that is being considered is a “stand-alone” outcome, which might happen if there is no deal. This could involve the UK operating outside the EU framework but perhaps also choosing to rely on some of the decisions that the EU or other regulators take.

There are “compelling public health advantages” to a Europe-wide post-Brexit partnership, Mogford said, adding that Brexit was “entirely consistent with an ongoing regulatory partnership across Europe on both pharmaceuticals and [medical] devices…. If both sides wish it.” That, said Mogford, was “very much the logic” behind the prime minister saying that “coming out of the EU is not the same as coming out of Europe.”

Mogford clarified in a Q&A session that followed the panel discussion that models that have been used in the past such the European Economic Area were not being sought. In response to a question on this issue from Merete Shmiegelow of Novo Nordisk, he said the challenge would be to find a solution and a way forward that is “specific to the UK and Brexit”.

The sense is that technically you can make a partnership work, Mogford said. The challenge at this stage, he continued, is to get buy-in to the principle that the EU and the UK will be stronger if they continue to find ways to work together.

The MHRA official repeated what his boss, MHRA chief executive Ian Hudson, first said several weeks ago, that whatever the outcome, the UK was “not going to be operating to a hugely different set of regulatory requirements.” (Also see "UK Not Planning To Add to Regulatory Burden for Life Science Industry Post-Brexit" - Pink Sheet, 23 Mar, 2017.)

“The challenge at this stage is to get buy-in to the principle that the EU and the UK will be stronger if they continue to find ways to work together.” – Jonathan Mogford, UK MHRA

As well as considering the future role of the MHRA in the EU, the Deep Dive working group has been working on what Mogford described as a “Day 1 analysis paper.” Alan Morrison, vice president international regulatory affairs at MSD, the Brexit panel chair, said that Brexit provided an opportunity to create a world-class life science environment for the UK outside the EU. However, he referred to the related change as “profound”.

Morrison listed some areas that will be affected, every one of which has “so much detail and so many complications to work through” over the next two years and beyond. The areas were legislation and marketing authorizations; pharmacovigilance; clinical trials; quality assurance; R&D; the supply chain; and intellectual property.

On the topic of supply, Mogford said that ensuring there was an uninterrupted supply of pharmaceuticals in the UK on Day 1 was “absolutely critical”.

The other panellists were Virginia Acha, executive director, research, medical and innovation, at the UK Association of the British Pharmaceutical Industry; Elizabeth Kuiper, director of European affairs at the European Federation of Pharmaceutical Industries and Associations; Saad Shakir, director of the Drug Safety Research Unit in the UK; and Nick Meade, director of policy at Genetic Alliance UK. The Pink Sheet will cover other aspects of the discussion in future articles.